The building on East Second Street near Louisiana Avenue once was up for sale for just $1 - but required a buyer to move the structure intact within 120 days. 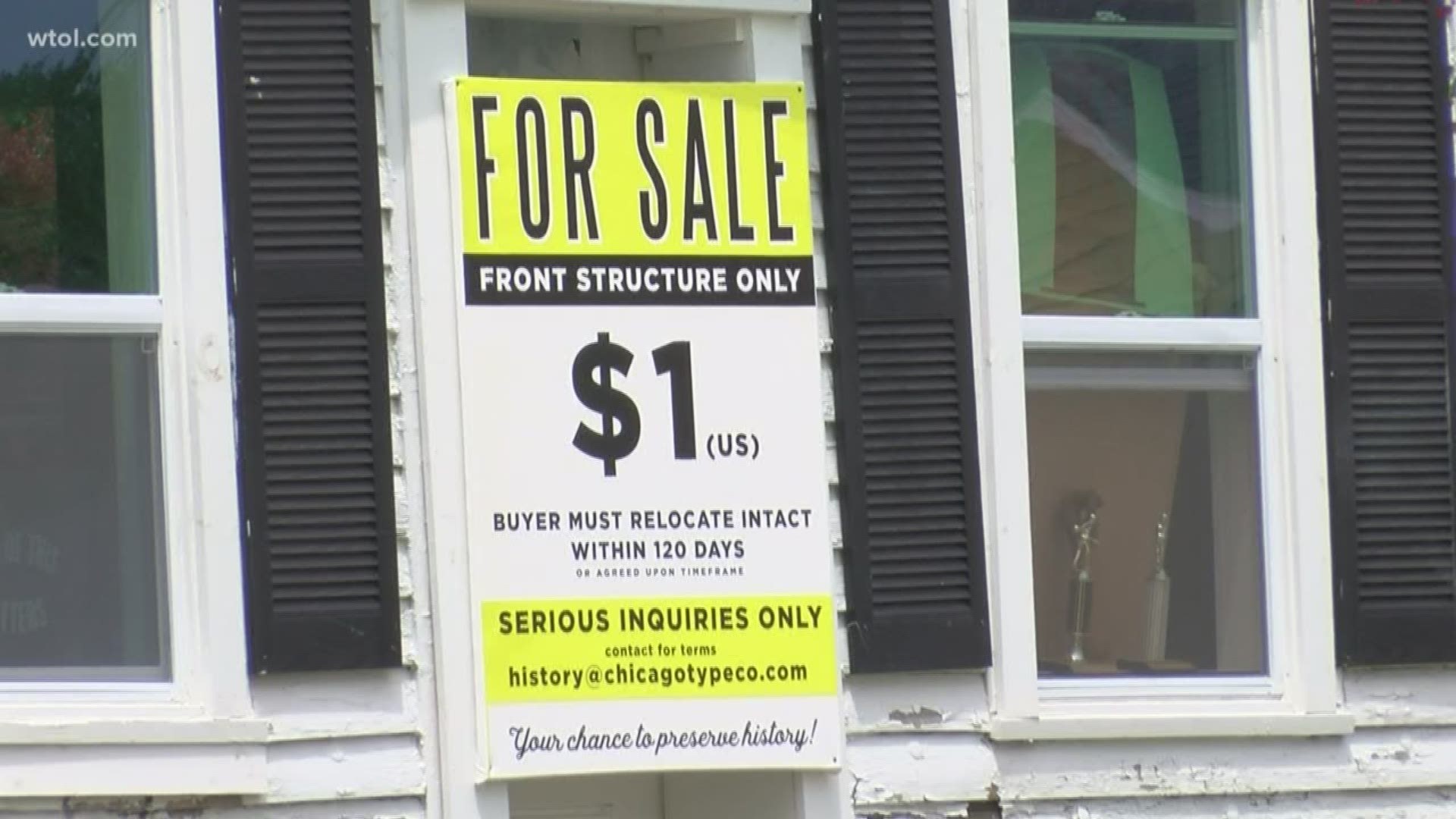 PERRYSBURG, Ohio — A crooked little building with some history has been demolished on Second Street in Perrysburg, after previously going up for sale for $1.

The private property, located at 111 E. Second St., was scheduled to be torn down Thursday, though according to a city spokesperson, a miscommunication on the original contractor’s part resulted in a glitch in the teardown process.

The city contacted the owners to ensure they found a contractor who was available for demolition of the building, which was deemed unsafe, the spokesperson said.

The Perrysburg fire chief, deputy chief, and fire marshal were all on scene to ensure the demolition happened safely. The Historic Landmarks Commission approved the teardown of the private property. No fires occurred during this process.

Credit: WTOL 11
A structure built in the late 1800s in Perrysburg was demolished on June 10, years after it was offered for sale for $1, pending the buyer moving it intact to another location within 120 days.

The structure caught the attention of many in the community in June 2019, when the historic building was put up for sale for just $1, a big yellow sign proclaiming the low, low price.

What would seem like a great deal came with a catch, however. The fine print read, "Buyer must relocate intact within 120 days or agreed upon time frame."

From the outside, the building sitting on prime Perrysburg real estate appeared to be in a bit of disrepair. The wood siding wasn't in great shape and the building slants in the back.

It was most recently a gift shop of sorts, but it served a much different purpose when it was built in the late 1800s.

Richard Baranowski is a local history librarian with the Way Public Library. In a 2019 interview with WTOL 11, he said it was built around 1875 as a law office.

The builder's son later took it over.

"He had a doctor's office there. He used to go on house calls on his bicycle," Baranowski said.

He added that a number of other businesses came and went over the years, including a barbershop.