Heat a concern this weekend during the Toledo Air Show 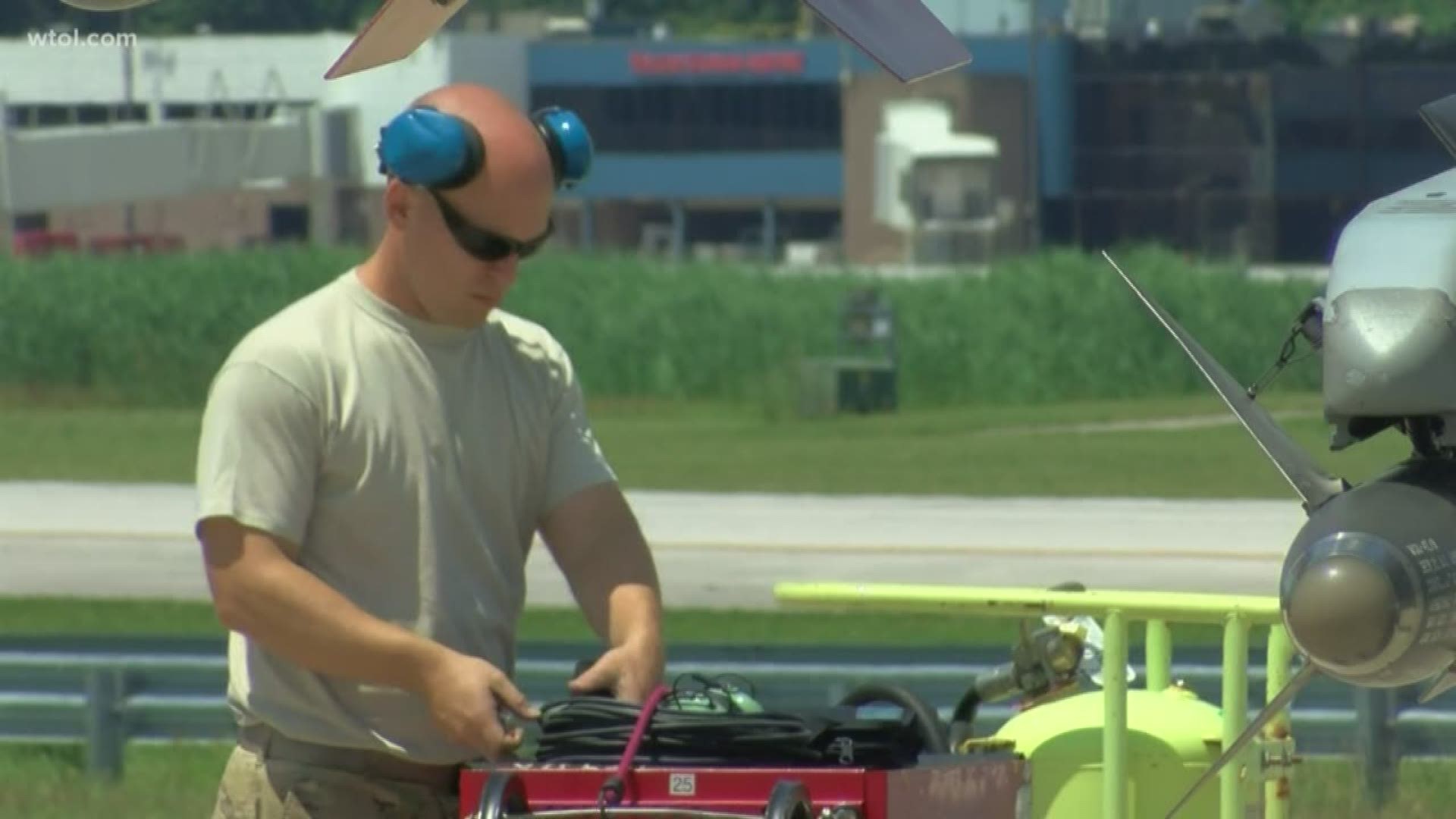 Big crowds are expected at this year's Toledo Air Show.

With temperatures expected to be in the 90s, keeping people safe in the heat is a top priority for officials. Emergency crews from multiple departments will be on standby to treat heat-related illness.

"We have a heat stress emergency plan that we have set up. As the heat and humidity increase, we'll be on the look out for anyone who looks to be in distress," Brian Rozick, fire chief of the 180th fire department at Toledo Express Airport said.

Officials are taking precautions and advising that people be prepared to be in the heat. Promedica is also setting up a field hospital to treat people who are suffering from too much heat.

Nearly 20,000 people are expected at the Toledo Air Show Saturday and Sunday.

"We have a lot of aircraft coming in. They've been coming in starting this afternoon. We've been working on this for over a year, and we're really looking forward to this weekend,"Justin Clamett, who helped organize the event, said.