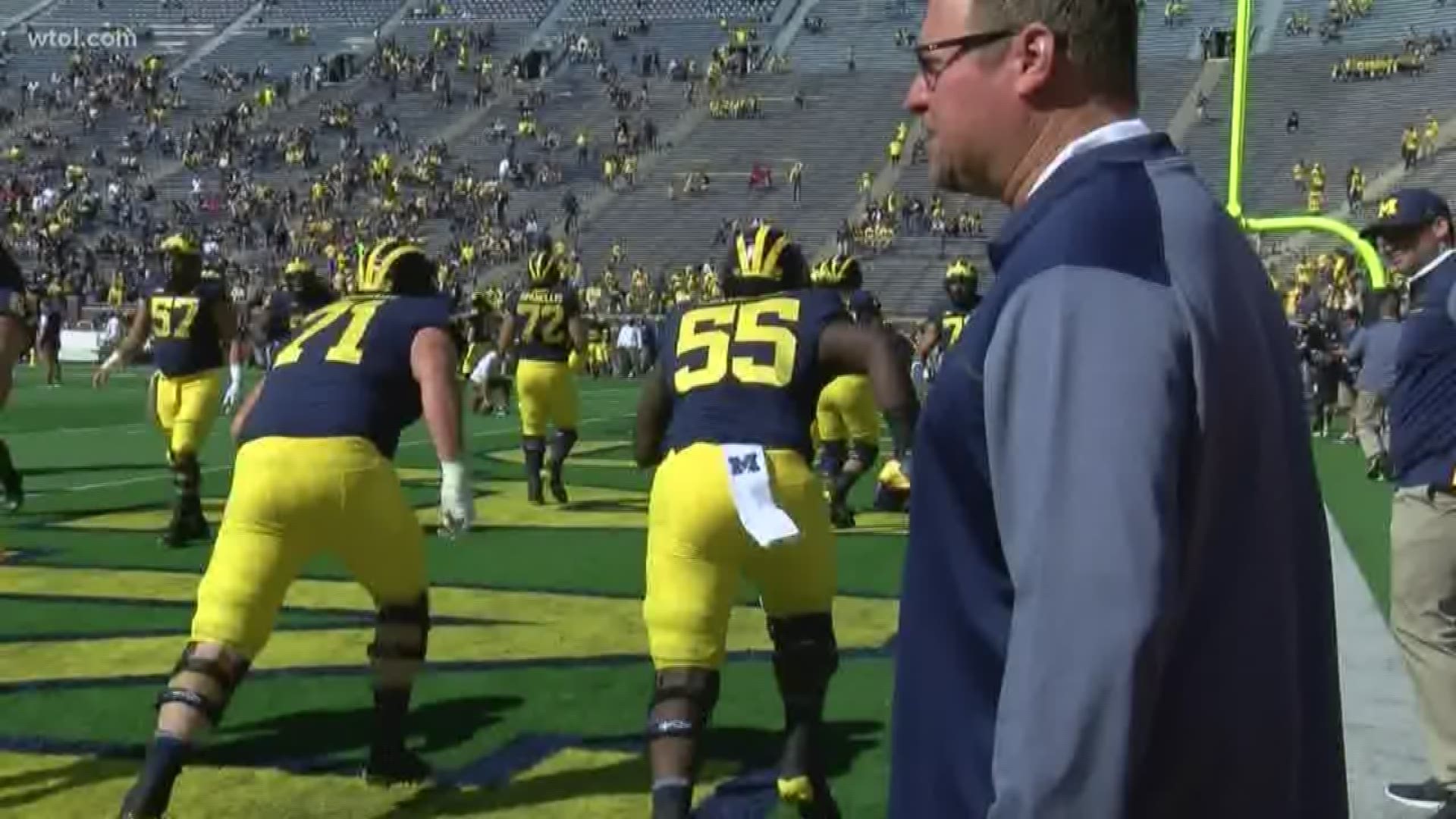 University of Michigan head football coach Jim Harbaugh is facing some heat for comments he made regarding the role mental health plays in student-athlete eligibility.

Harbaugh said that changes should be made to the NCAA transfer process. He thinks student-athletes should be able to transfer once without penalty and be eligible immediately. Those comments seemed to go over just fine. However, Harbaugh went on to say that he believes some athletes have used mental illness as an excuse to gain immediate eligibility, which sparked a bit of backlash.

In a radio interview, Harbaugh said the following:

“And the other piece that bothers me about it is, the youngster that says 'this is a mental health issue, I'm suffering from depression.' Or that's a reason to get eligible. And once that's known that 'hey, say this or say that' to get eligible. The problem I see in that is you're going to have guys that are 'OK, yeah, I'm depressed.' Say what they've got to say, but down the road, I don't see that helping them if it's not a legitimate thing...And can I add, please don't write a bunch of letters. I care very deeply about mental health. I'm not saying everybody's lying about that.”

Those comments drew the attention of Glenda Hudson. Her son, James, transferred from Michigan and is now at Cincinnati. James Hudson claims that the NCAA denied his waiver to play right away because he never disclosed his issues with mental illness while in Ann Arbor. But, James said he never had the opportunity.

James said he felt like Harbaugh was attacking him and questioning his claims about depression.

Glenda has a master’s degree in counseling in addition to a degree in social work. She’s been dealing with the issue of mental health for years and was extremely upset to hear Harbaugh’s comments.

“Not just as a mom, but as a professional that deals in mental health, this is why people don’t come out and say these things, because people don’t believe them,” she said. “So, it upsets me because, athletes, of all people — and there’s a lot of athletes that suffer from depression that I’m sure don’t say things — but again, hearing these types of things, they won’t. They will not do it in the future because you get ‘Oh, he’s lying!’ You get blamed for feeling the way that you feel."

James and Glenda Hudson met with Jim Harbaugh and Offensive Line Coach Ed Warriner prior to the decision to transfer. Glenda said her son was never given the opportunity to disclose the depression he was feeling.

“When I went into the meeting with Coach Harbaugh, I’m telling him, ‘He’s down! He’s depressed. He’s disheartened.’ Because, I feel like he felt like this was a lie from the beginning. It’s bigger than just playing time. Like I said, I think he didn’t know what to call it. He’s an athlete. He’s a male. He’s an African American male. Stigma, all the way around with mental health issues. He’s never dealt with that before, so he probably didn’t know what to call it,” she said.

Glenda said that her son has seen a psychiatrist at the University of Cincinnati and has been diagnosed with depression and anxiety. Glenda set up a meeting with Harbaugh and Warriner. She said they had no intention of talking about transferring, but the meeting quickly took a turn.

“I started the meeting out saying ‘Coach, I’m here to find out what it is we need to do about my son,” Glenda Hudson said. “The exact words that I say to Coach Harbaugh: ‘My son is feeling down, disheartened, something’s wrong.’ Coach Harbaugh repeats those words right back to me. (Harbaugh says) 'James, do you want to leave? If you want to leave, there’s nothing I can do.' Coach Warriner comes and tries to talk to my son, Coach Harbaugh: ‘Shh..don’t say nothing,'” Glenda said.

In response to the Hudson claims, University officials said that Harbaugh’s response at Big Ten Media Day was about the transfer portal, and not one individual player.