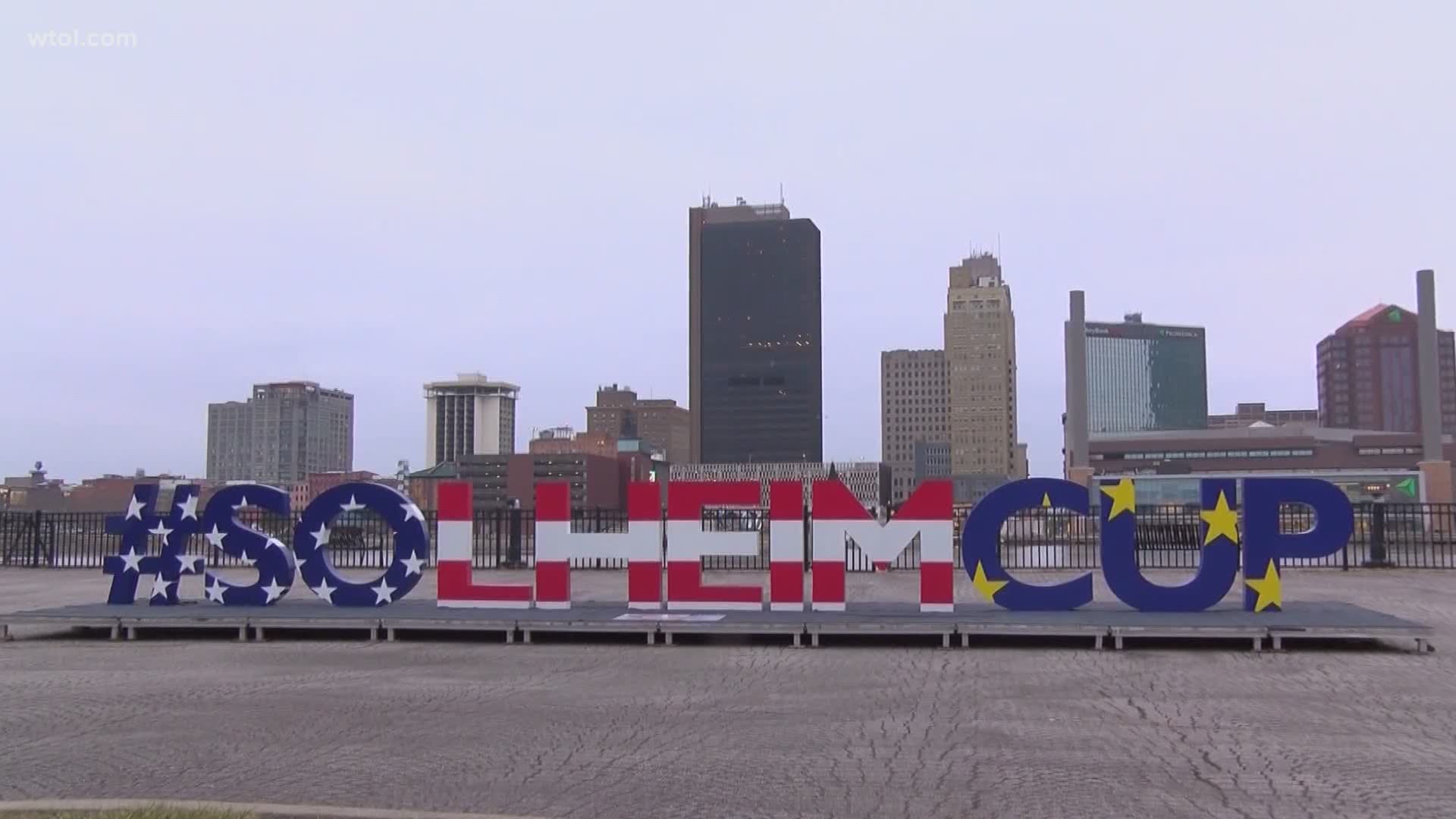 TOLEDO, Ohio — ProMedica has announced two nights of concerts that it is hosting in celebration of the 2021 Solheim Cup.

In a recorded announcement, Randy Oostra, president and CEO of ProMedica, announced details of the 2021 Solheim Cup Opening Ceremony Celebration.

Gwen Stefani will headline the concert following the 2021 Solheim Opening Ceremonies on Friday, Sept. 3, 2021 at the ProMedica concert stage at Promenade Park. She is a three-time GRAMMY® Award winner and has achieved global success as a performer, songwriter, frontwoman for an iconic rock band and multi-platinum solo artist. She also has four MTV Video Music Awards, two Billboard Awards, an American Music Award and a Brit Award, in addition to being a regular judge on NBC’s The Voice.

Chris Young will perform on Saturday, Sept. 4, 2021, the second night of the 2021 Solheim Celebration. He is a multi-platinum country singer and songwriter. In 2006, he was declared the Season 4 winner of the television program Nashville Star, a singing competition that aired on the USA Network. He recently surpassed the four billion streams mark for his catalog worldwide, which includes 11 No. 1 singles. His most recent hit is “Famous Friends.”

This year’s events will be entirely cashless. The tickets will be digital and only credit/debit cards will be accepted at all food, beverage and retail locations.

The Solheim Cup is the world’s most prestigious women’s professional golf team event, featuring the best U.S. players from the LPGA Tour and the best European players from the Ladies European Tour. The 2021 competition will take place at Inverness Club in Toledo, with an expected attendance of more than 150,000 spectators.

ProMedica said it will continue to monitor the prevalence of COVID-19 within the community and communicate with state and local health officials to determine if each concert can proceed as planned.

Tickets go on sale Friday, April 9, at 10 a.m. at Ticketmaster and www.promenadeconcerts.com. Parking passes will be available at checkout.

With a full week of action at the 2021 Solheim Cup, fans can purchase various ticket and hospitality packages to enjoy every activity in Toledo at Inverness Club. Information on 2021 Solheim Cup ticket options and prices is available at SolheimCupUSA.com

Restaurants near Promenade Park also excited about the concert announcement and some are already preparing for the big crowds.

Focaccia's in Downtown Toledo has been planning for the return of events this summer.

Monday's announcement is huge news for the restaurant and its prime location to the action.

The Solheim Cup is expected to bring thousands of people to the area and having two big music artists right in downtown Toledo is exciting for Focaccia's owner, Ed Beczynski.

He's adding a new patio connecting to the restaurant on the Summit Street side that will allow for an additional 70 seats.

After the year Beczynski and many other business owners have gone through, he says the announcement couldn't be better timing.

He says Focaccias is in the perfect spot, right across the street from where the artists will perform.

"All this great news. From the Mud Hens home opener, the Walleye, Solheim and then the announcement today of the concerts. It just keeps getting better and we're crossing our fingers that it all happens" Focaccia's owner, Ed Beczynski said. "We're excited to have that many people come to Toledo from all over the world. It's exciting".

The patio will be open at the beginning of June which he says, is perfect because there's already been an increase in people going out. It will also going to have a 12x8-foot TV screen.