Group of ovarian cancer patient, her relative and supporters create colation to support other women 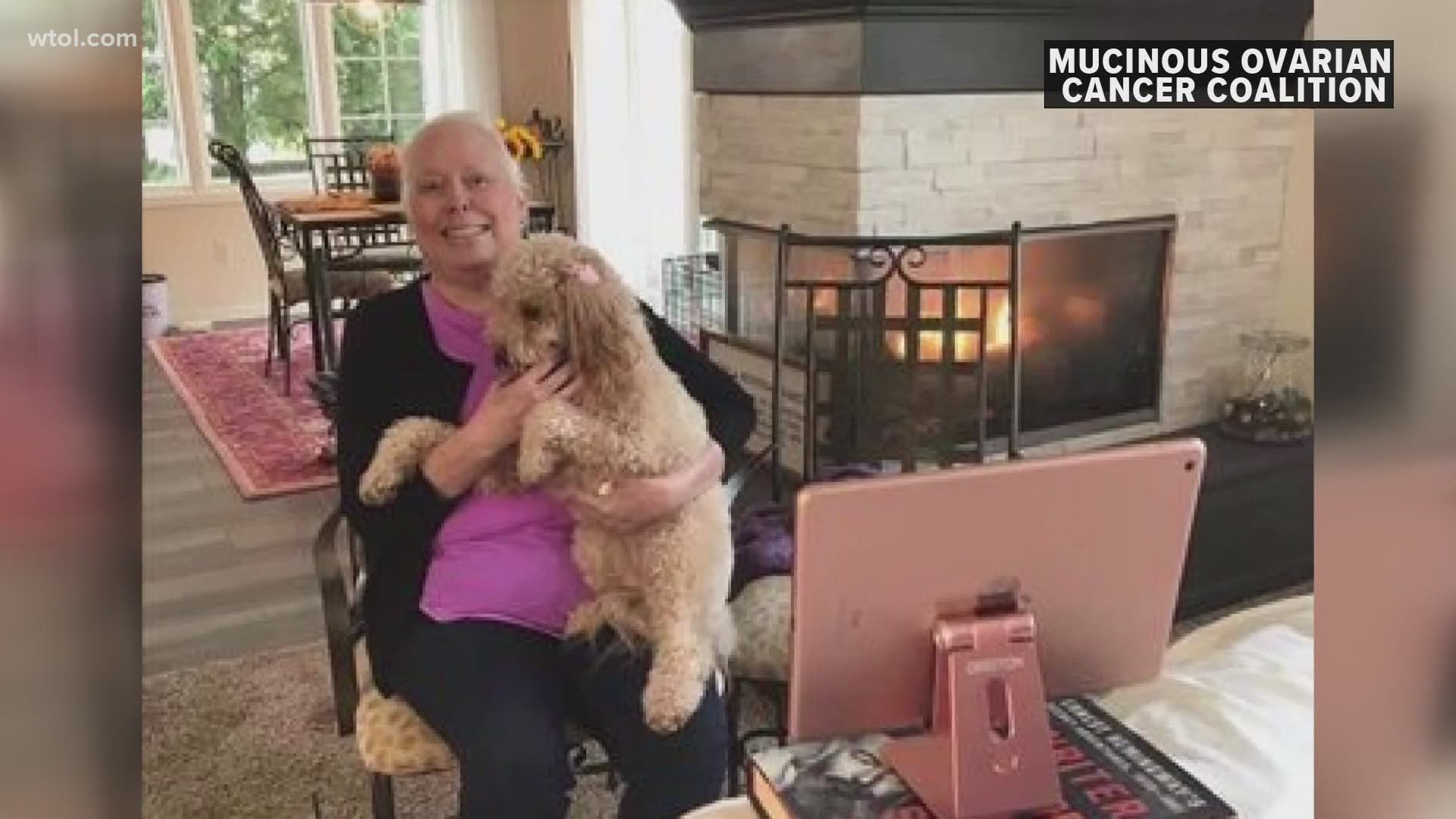 TOLEDO, Ohio — Doctors diagnosed Rhonda Couch with mucinous ovarian cancer about one year ago, a rare disease that affects only about 3% of women.

Rhonda, her sister Shelley Laurell and a few others took the tough news and decided to help others.

"She would say to us all the time, I'm so blessed, these women look around there by themselves. They don't have this great network, some of them are worrying about money, I don't have those worries," Shelley said.

RELATED: WTOL team member raises donations, awareness for The Victory Center to help others with cancer

The group launched the Mucinous Ovarian Cancer Coalition a few days ago on Rhonda's birthday, which happens to fall in ovarian cancer awareness month.

"We need to take the time out and help other women too. I want some of the money raised to help these women, whether it's groceries or paying their rent or whatever they need to get a better quality of life while they're going through the treatment," Shelley said.

Rhonda and Shelly are coming up with creative ways to raise money for their cause virtually.

"It's a paint and sip and it's Oct. 23 it's on virtual, so it's on zoom or on our Facebook page, you can see all the details and you can sign up for it. But all the proceeds go right to the coalition," Rhonda said.

For ways to join the coalition or donate you can click here.