Earl Wolf was a student at Defiance College during the Spanish Flu epidemic. 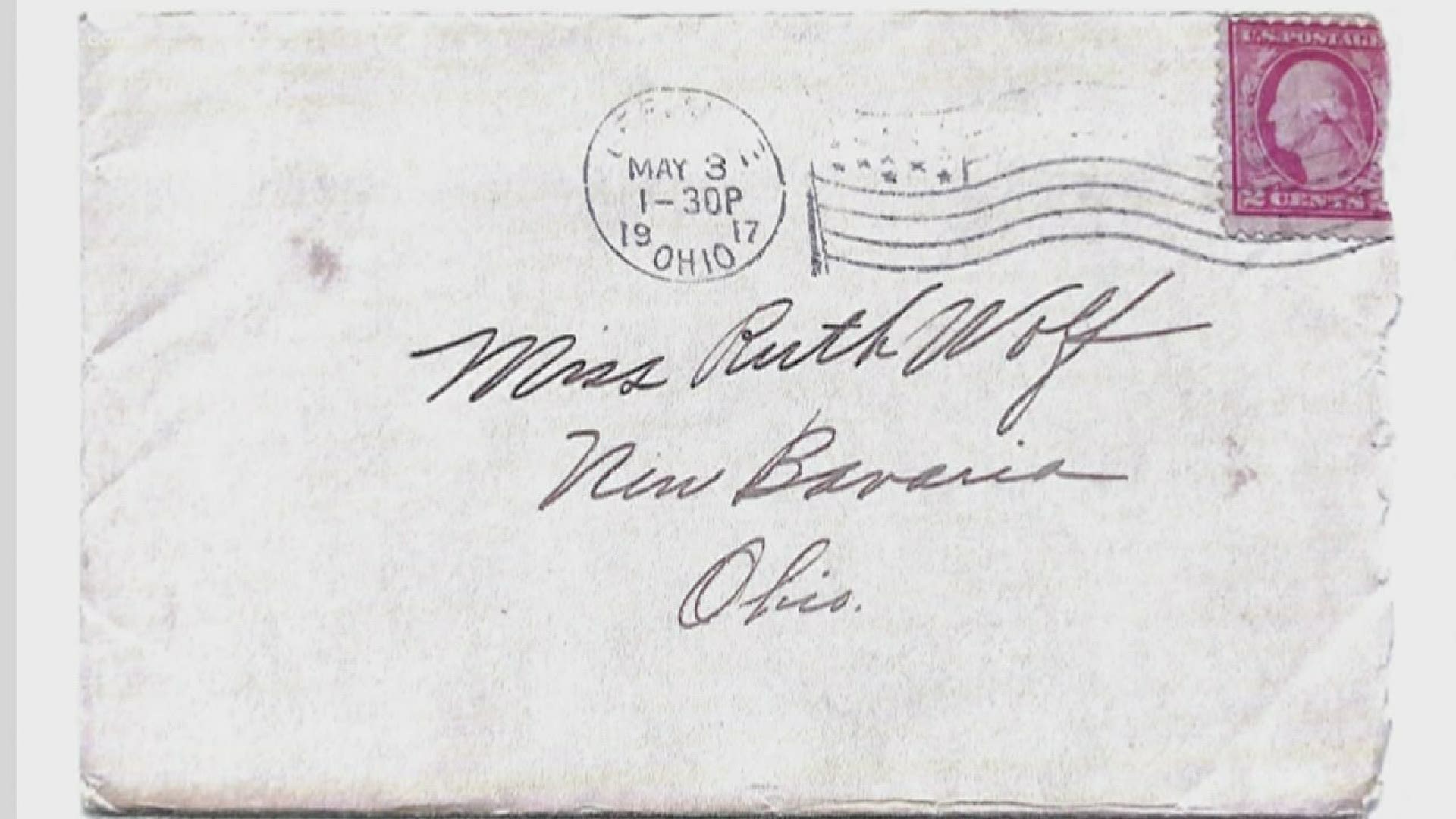 FINDLAY, Ohio — Chris Wolf grew up down the street from her grandpa Earl just outside of Pleasant Bend. But as a kid, she had no idea he had lived through a historic event much like the one she finds herself in now.

After Earl died, Chris's sister stumbled upon a letter he had sent to his sister amid the chaos of the Spanish Flu. He was a student at Defiance College.

"I give him a lot of credit for going to college when that wasn’t done where I grew up. Very unheard of," Chris said.

While they were very close, Chris said her grandpa never talked about his experience. In fact, she didn't even realize it was a situation he was in until she read the letter. Reading over it now, she said, gave her a chance to feel close to him again.

"(It's) just a reconnection and, you know, he was a human being and going through a lot of the stuff we’re going through now; the uncertainty,” Chris said.

The letter touched on how quarantine was handled at the college. Earl told his sister Ruth that the following day, their quarantine was to be lifted if everyone was still well.

The students had been quarantined to their dorms and anyone who was sick was put on a separate floor. Earl also mentioned a "pest house" across the street, where other folks who were exposed or ill were staying.

People brought care packages to the college and parents communicated with their adult children at a distance, a scene familiar for us now.

"Papa came this evening about 5 p.m. and talked to me from the street," the letter read.

Earl's father wanted him to leave school so that he wouldn't get sick, but Chris said she believes he stuck around to finish the year out. However, Earl never did get to finish school.

"He never graduated from college. He may not have gone back again. Probably he just had to go home and be a farmer," she said.

But, the young people of the time had more than just the flu to worry about, the men were on edge, worried they could be sent to war. The Spanish Flu struck as World War I was taking place.

“He was probably 18, 19 or 20. They were facing all of this kind of stuff as kids. That’s just a heavy load when you’re that age. You know, are you going to live or die? Or are you going to have to fight in this horrible war going on in Europe," Chris said.

Earl said that one of his friends had signed up for service, but the rest were just waiting to get conscripted. However, Earl doesn't sound like much of a fighter.

"He loved music. He always had a great ideas. He was a dreamer," Chris said.

Many things are different now, we can get wrapped up in a TV show and video chat with our friends, but there are a few things that feel the same. Somehow, there is a bit of comfort in looking back on our families who made it through that time, knowing if they could do it, we can too.

RELATED: Revisiting the past | How Toledoans battled the 1918 Spanish Flu

RELATED: COVID-19: Changing Our Lives | March 25: Revisiting a past pandemic

RELATED: What are the worst disease outbreaks in history?

WTOL 11’s coverage of the coronavirus is rooted in Facts, not Fear. Visit /coronavirus-covid-19 for comprehensive coverage, find out what you need to know about northwest Ohio and southeast Michigan specifically, learn more about the symptoms and keep tabs on the cases around the world here. Have a question? Text it to us at 419-248-1100.