The new facility in Luckey will be Peloton's first dedicated factory in the United States. 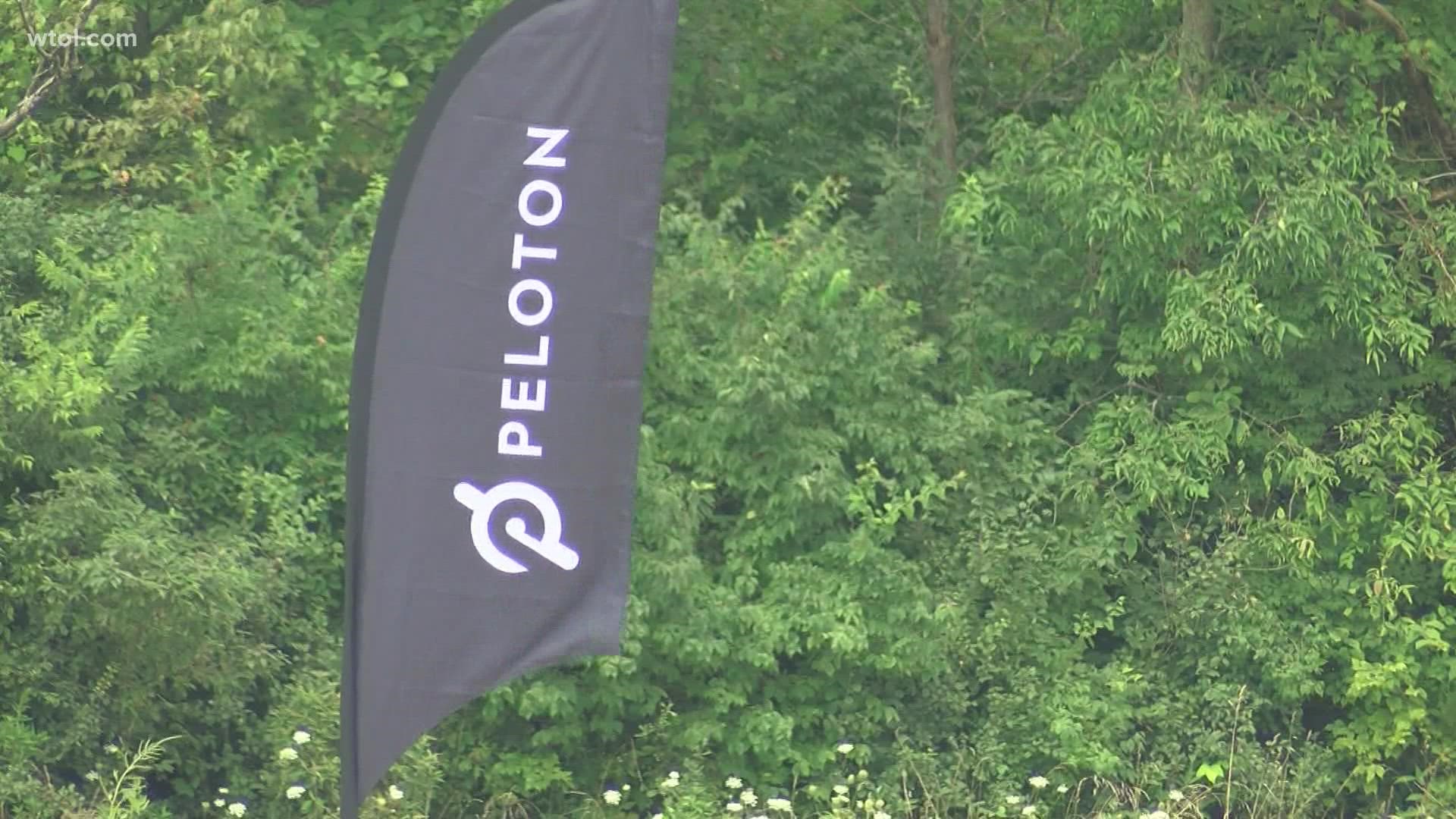 The new facility in Luckey will be Peloton's first dedicated factory in the United States. Peloton manufactures workout bikes and treadmills, as well as accessories and apparel.

"Ohio is a great manufacturing state and we proved once again we can be home to a state-of-the-art facility," said Husted. "It's especially good news because the states we were competing with 10 years ago, we would have lost."

The factory will be located at 10 Eastwood Drive at the Eastwood Commerce Center near U.S. Route 20. The facility will sit on more than 200 acres and will consist of manufacturing, office and amenities space.

The project is expected to create 2,174 jobs with a capital investment of $401 million. Production is set to start in 2023.

Many are calling this work a win for Ohio and specifically Wood County.

The search to bring a facility stateside took two years, with company executives looking at states like Michigan and Georgia. But ultimately Ohio, specifically Wood County, beat out all the competition.

"We decided on northwest Ohio because of the combination of the incredible leadership here. Gov. DeWine got involved, Lt. Gov. Husted and then the talent base across Ohio, we felt, was unmatched," said Peloton president, William Lynch. "We looked across the country. The automotive industry, and other industries that have been making things in this area for so long, were attractive to us."

Company leaders say they are proud to bring jobs and manufacturing back to the U.S.

"To know that we're providing jobs to the families of Ohio that is huge. Huge. It means so much to me to be a part of this," said Peloton instructor and Ohio native Dr. Chelsea Jackson Roberts.

"We founded the company in the U.S. This is our largest trading area and to have a domestic nerve center here in Ohio is everything to us. We can get products all over the U.S," Lynch explained. "In fact, the products we make here will go over to western Europe as well."

Not only will this facility bring jobs, but Peloton also promises it will have an impact on families in the community and their quality of life.

Along with Peloton bringing this facility to northwest Ohio, its goal is to help the community as well.

Peloton announced it has partnered with Toledo LISC to outfit the Wayman Palmer YMCA in Toledo with a state-of-the-art fitness center.

The company says work on that will begin later this year.