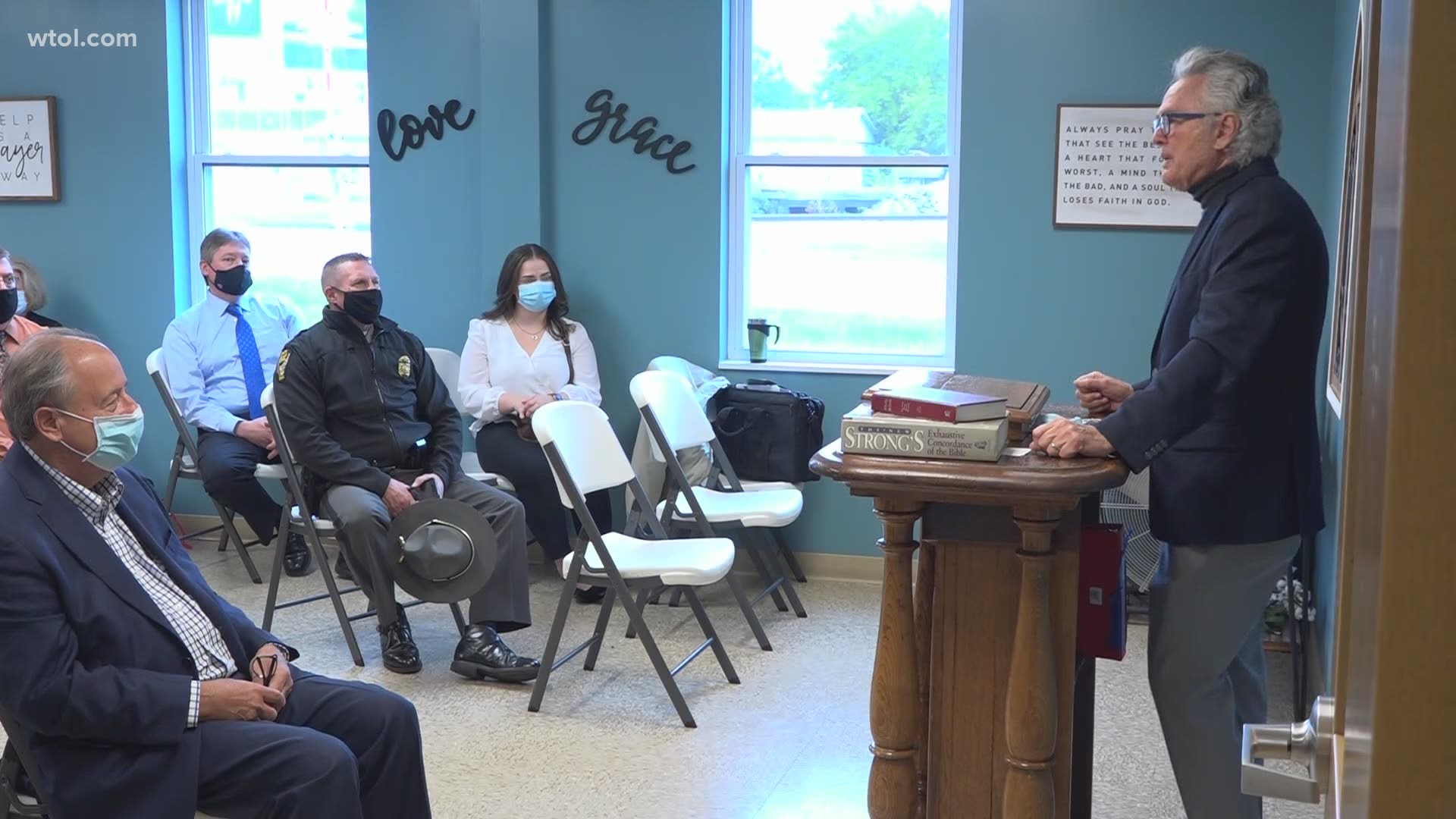 FINDLAY, Ohio — The only homeless shelter in Hancock County has gone ahead with its primary fundraising event, with some added coronavirus safety measures.

Ron Hall was a successful international art dealer in Texas when his life was completely changed after he volunteered at a homeless shelter.

Ron met a homeless man named Denver Moore who would go on to become his best friend.

Ron and Denver published a book about their uncommon relationship, which became a New York Times Best Seller and was even adapted into a major motion picture in 2017 called "Same Kind of Different As Me."

On Wednesday, he spoke with Hancock County leaders on the importance of shelters like the City Mission of Findlay, touching on why it's so important for people to step out of their comfort zones and bless people who are less fortunate.

"The only thing that really transforms the lives of these people that are down and out, that are hopeless and homeless is the love of somebody," Ron said.

His foundation has helped raise over $100 million for homeless missions across the country, and Ron is the keynote speaker at the mission's "Eyes to See the Invisible" Gala, which almost didn't take place due to the pandemic.

The gala is the mission's primary fundraising event and mission leaders said Ron's message is an important one to share, especially in times of struggle.

Credit: WTOL 11
The "Eyes to see the Invisible" Gala runs Wednesday night at 7pm; the Thursday at 1pm and 6pm

Due to COVID-19, Ron's event was split into three separate sessions: one on Wednesday at 7 p.m., followed by two on Thursday. Tickets are still available for all of the events.

To purchase tickets, you can visit the City Mission's website.