The nearly 1,400 solar panels are expected to generate just less than half of the school districts energy need 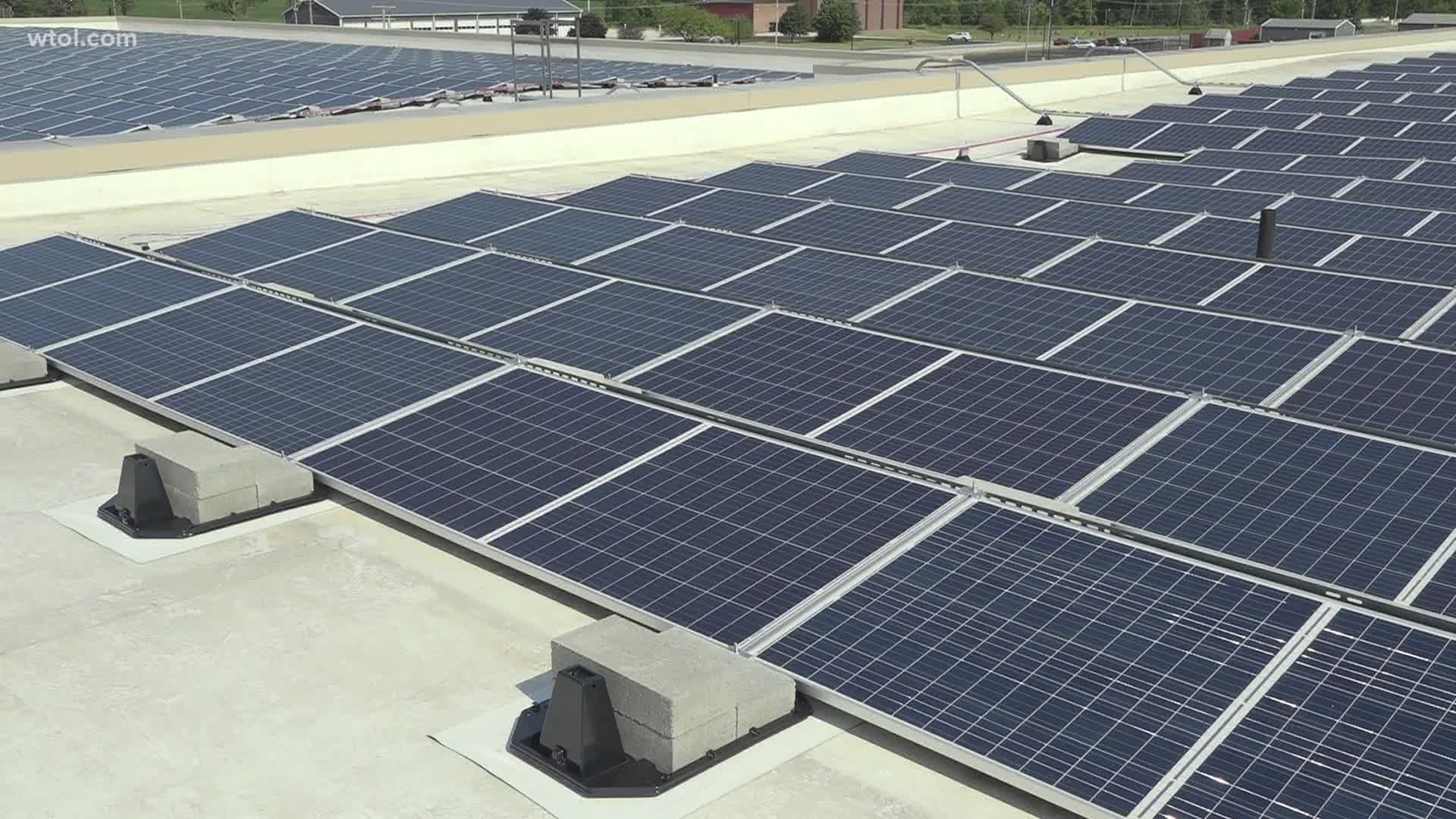 BASCOM, Ohio — Hopewell-Loudon Schools are going green and the district hopes to cut its energy bill in half.

You wouldn't know it looking from the ground, but the entire roof of the Hopewell-Loudon school district campus is now covered in a nearly 1,400 solar panel array.

The installation of the panels didn't cost the district anything as the panels are still the property of TMI Energy Solutions out of Cincinatti.

Instead, Hopewell-Loudon pays less for the electricity generated directly from TMI.

"At  seven-and-a-half cent a kilowatt hour, in comparison to 13-and-a-half cents. And we've seen with demand, as high as 16 to 18 cents as well. So this will be a huge cost savings for the district," said HL superintendent Jeffrey Holbrook

TMI will also maintain the solar panel array and infrastructure.

At full building capacity and at full solar generation, the hope is a little less than half of the district's electrical needs can be generated through these panels.

"It can support is during the Summer months and not using hardly of any AEP's. And when the kids get back, there's a lot of activity and a lot more stuff being used, and we'll end up using both," said district maintenance supervisor Doug Depinet.

Credit: Jon Monk
The panels are expected to generate almost half of the districts energy needs.

And because Hopewell-Loudon's roofs were already painted white, TMI installed bi-facial solar panels, so the slight sunlight reflection can also be collected on the bottom of the panels as well.

Also, since the solar arrays are here, Holbrook said it only makes sense to incorporate them into the science lessons being taught here at the school district.

"They will be working with myself and TMI to develop a specific curriculum for maybe 3rd through 5th grade, maybe again in 8th grade, and then again at the high school level," said Holbrook

You can see the real time data of the solar array generation on Hopewell-Loudon's web site.