There's a new staff member at Rossford Elementary School, except she's not much of a talker. She's more of a listener. 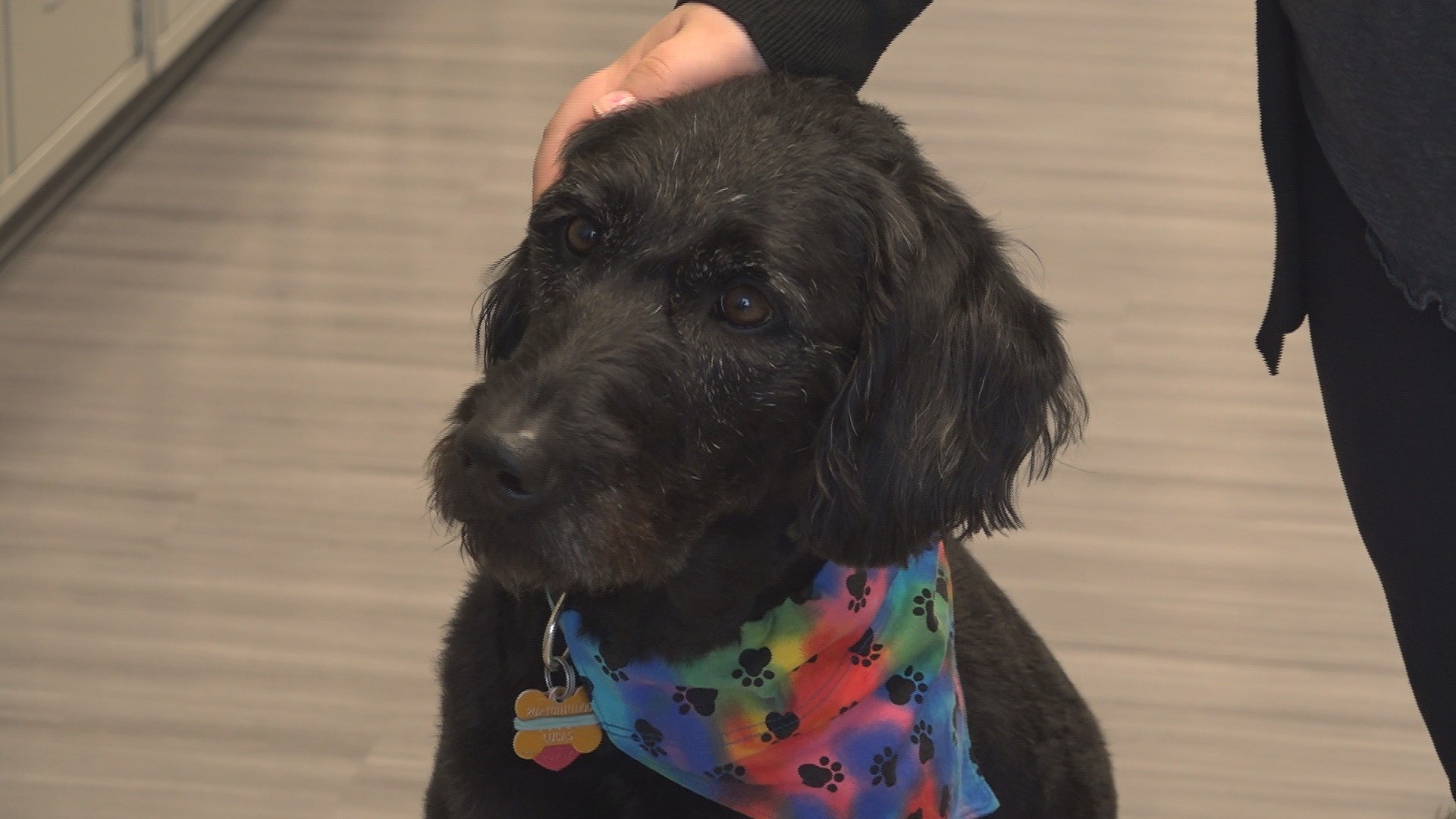 ROSSFORD, Ohio — Rossford's mascot may be a bulldog, but there's a new dog in town -- and she is helping helping students grow socially and academically.

Although the 4-year-old labradoodle is fairly new to her job, she's already a pro.

"It seems like although she doesn't talk to you back, it seems like she still understands how you feel. You can talk to her without someone judging you," Hoffman said.

Lola's owner, counselor Lauren Harrison, says she is known by everyone and loves spending time with the kids.

Even though the dog is a local celebrity in the building she's also helping students, and that change hasn't gone unnoticed.

"I had one student who didn't want to open up. He was so shy and with Lola, he's actually been communicating," Harrison said.

That's just one example of how Lola is helping, according to Harrison.

Lola can't talk, but in her own way she's able to communicate and give encouragement to anyone who needs it.

Assistant principal Mark Swavel says they were looking into getting a therapy dog and it just happened to work out that their counselor had one.

"Originally we were thinking for the students obviously, amazing. But for our staff when they first come in the morning, it's funny to hear 'good morning Lola' and just to have that first positive interaction of the day," Swavel said.

He says their hope with Lola is to further address the social and emotional needs of all their students.

And no matter what, Lola will provide a lick and listening ear.