Derek Chauvin's defense attorney suggested that bodycam footage shows Floyd saying "I ate too many drugs," while being restrained. 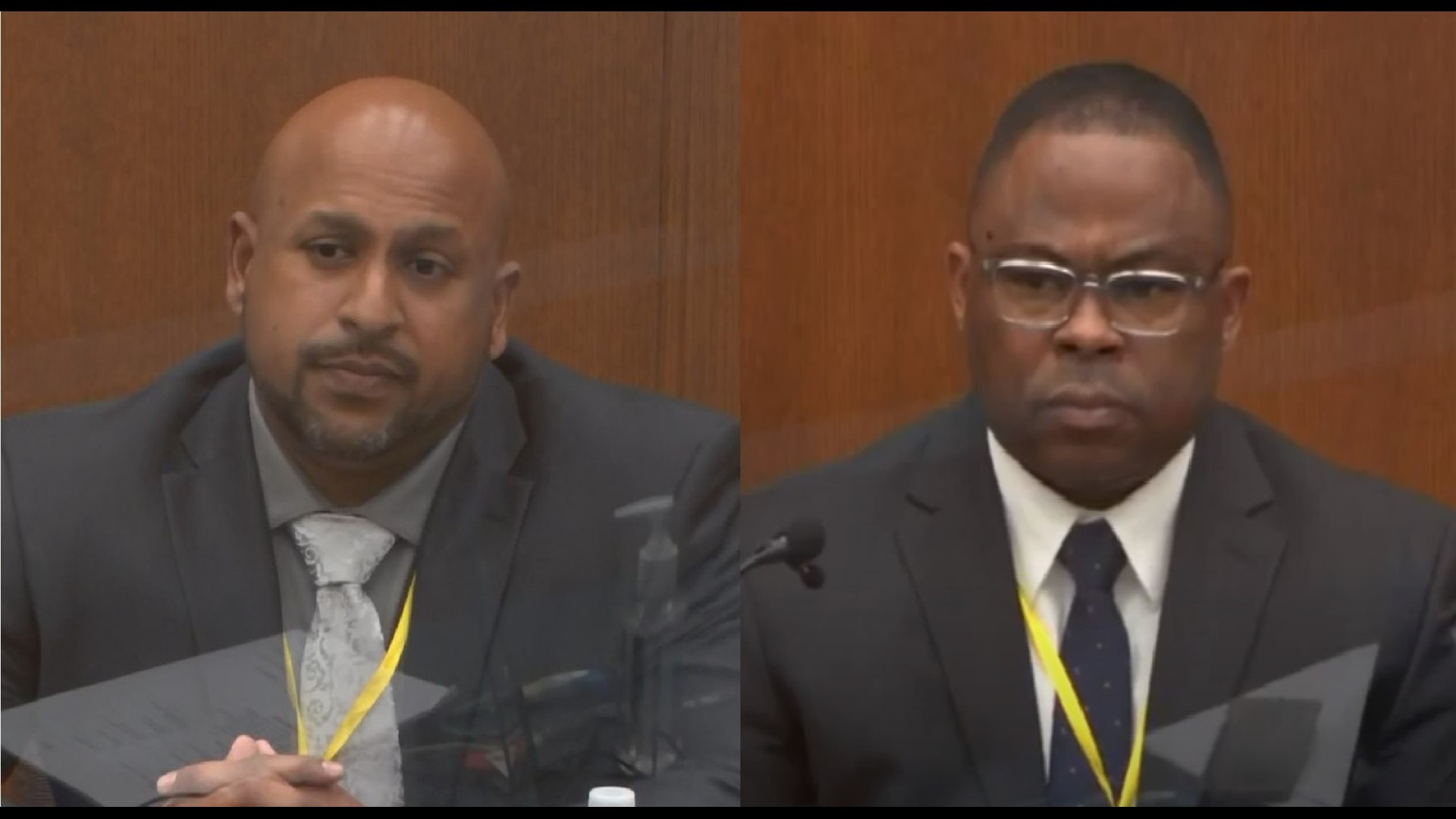 MINNEAPOLIS — A portion of a body camera video from the arrest of George Floyd last May has become a central part of Wednesday's testimony in the murder trial of former Minneapolis officer Derek Chauvin.

The question surrounds one statement Floyd can be heard making in the video. While Chauvin's defense attorney Eric Nelson suggested that Floyd says "I ate too many drugs," one witness said with context, it sounds more like "I ain't do no drugs."

Nelson asked Stiger to confirm the video shows Floyd saying "I ate too many drugs." But Stiger responded that he couldn't make out what Floyd said.

The official transcript of the video does not transcribe what Floyd said. Before Floyd's statement, officers at the scene are discussing their assumption that he is high, and that they found a pipe. Nelson did not initially play the portion of the video with the officers' remarks that lead up to Floyd's statement.

At this point in the trial, the prosecution didn't object to the video or line of questioning.

Attorney Lee Hutton told KARE that he was surprised that the state didn't object to the video. He said the incident was likely "a little scary" for the state.

JavaScript is not available.

The defense then played the video again for the next witness, Minnesota Bureau of Criminal Apprehension Special Agent James Reyerson, who led the investigation into Floyd's death.

Reyerson initially agreed with Nelson that it sounded as if Floyd says "I ate too many drugs" in the video.

The defense also questioned Reyerson about the multiple searches of vehicles from the scene of Floyd's arrest.

Upon redirect, the prosecution asked Reyerson if this was the first time he'd been asked to interpret the video clip. He confirmed it was.

Prosecutor Matthew Frank also pointed out that Reyerson had not heard what the officers said before the short clip of Floyd.

Frank played the video again, including the comments from the officers leading up to Floyd's statement. Frank asked Reyerson if he has a different opinion of what Floyd is saying now that he can hear the context.

"I believe Mr. Floyd is saying, 'I ain't do no drugs,'" Reyerson said.