One year after his death, the Twin Cities remember George Floyd with celebrations and somber reflection

On May 25, people are invited to gather at events across the metro on the anniversary of the day George Floyd was murdered by police. 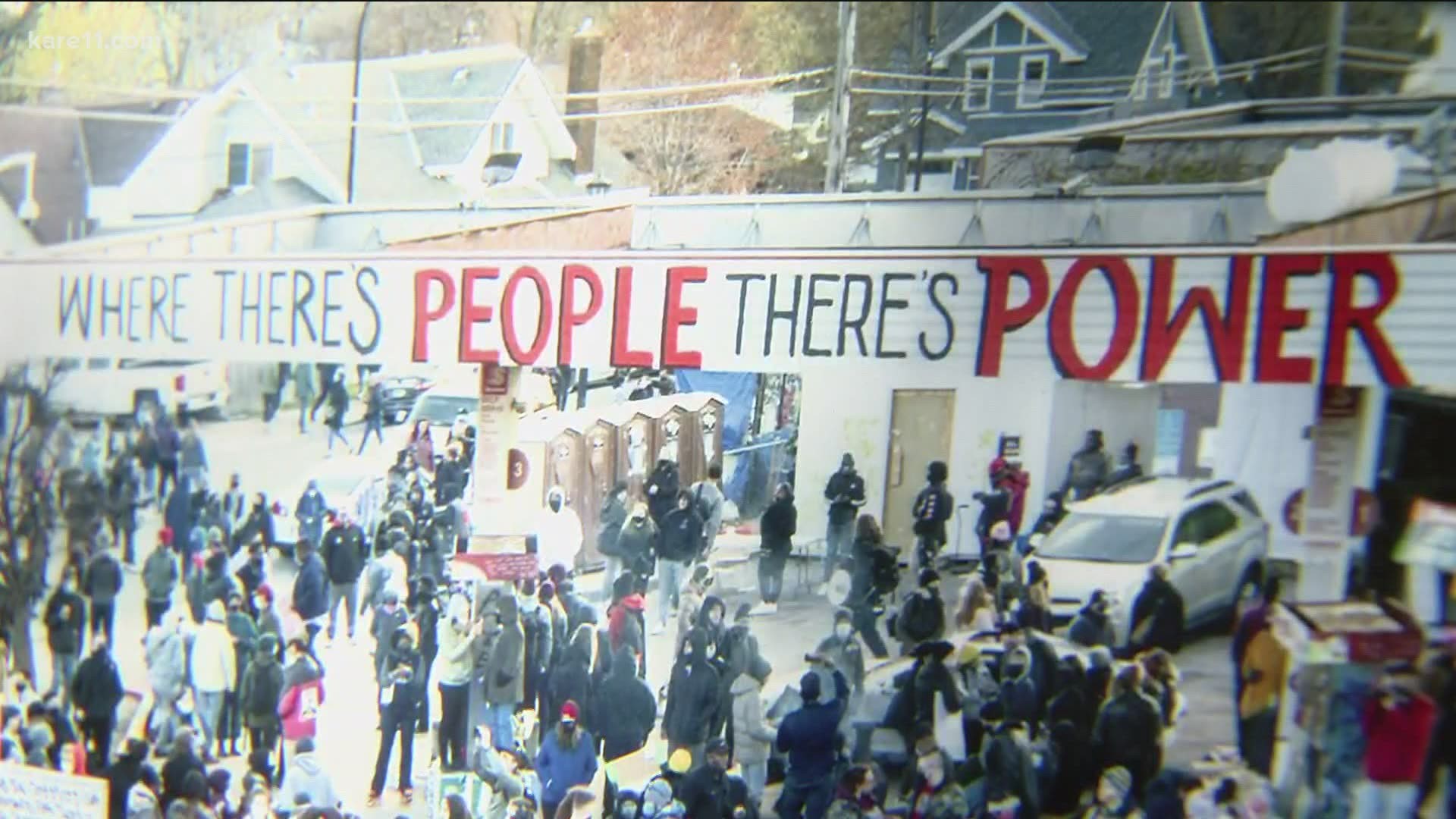 MINNEAPOLIS — Events across the Twin Cities will remember the life and death of George Floyd on Tuesday, one year after he was killed by former Minneapolis police officer Derek Chauvin.

Starting at 10 a.m., the "Celebration of Life and Remembrance" kicked off at Powderhorn Park, 3400 15th Avenue South in Minneapolis. It was scheduled to run through 5 p.m.

And people at George Floyd Square, or 38th Street and Chicago Avenue, marked the day as well, hosting a celebration from 1 to 9 p.m. The day started with artwork from the community, an open mic, food, a healing space and children's area. Then at 6 p.m. there will be a concert from Sounds of Blackness, the Grammy-award winning group honoring families who have experienced injustice and loss. The day wraps up with a candlelight vigil that begins at 8 p.m.

Meanwhile at 38th and Chicago from noon to 7 p.m., people will be able to register to vote, sign up to volunteer, learn about housing resources and learn how to protect themselves from COVID-19.

U.S. Bank Stadium also has an event scheduled for Tuesday, starting at 7 p.m. and running until 10 p.m. There will be a kneel-in and die-in, art instillation, a DJ and fireworks.

RELATED: George Floyd family starts fund to support the neighborhood where he was murdered

Several other vigils are planned in the Twin Cities on Tuesday. At 8 p.m., the Mitchell Hamline School of Law will hand out candles and observe nine minutes and 29 seconds of silence in the front lawn along Summit Avenue to honor the life of George Floyd.

From 2 p.m. to 7 p.m., Plymouth Congregational Church in Minneapolis will hold a vigil, and then from 8 to 9 p.m. they will give space for silence, prayer, poetry and music, creating a message of justice to share with the community.

Gandhi Mahal Restaurant, which burned in the aftermath of Floyd's murder, is holding a memorial event Tuesday beginning at 5 p.m. and continuing through the evening. A Dakota tipi will be set up in the restaurant garden, and there will be food, music, poetry and artistic performances.

In St. Paul, Mayor Melvin Carter has declared it George Floyd Remembrance Day. In a proclamation he wrote, "today we remember George Floyd and recommit ourselves to realizing true justice and peace through lasting systemic change."

The Floyd family will be welcomed at the White House by President Biden on Tuesday, with plans to discuss the proposed George Floyd Justice in Policing Act. Biden had originally set May 25 as the deadlines for this police reform bill to be passed on Capitol Hill.

At 1 p.m. on Tuesday, all the celebrations and people across the state were asked to honor nine minutes and 29 seconds of silence, the amount of time former Minneapolis officer Derek Chauvin kneeled on George Floyd's neck one year ago today.

KARE 11 is airing a special event on Tuesday night starting at 6 p.m. Read more about "The Power to Change" here.