Chauvin, who opted not to testify at his own trial, said he wants to "give (his) condolences to the Floyd family." 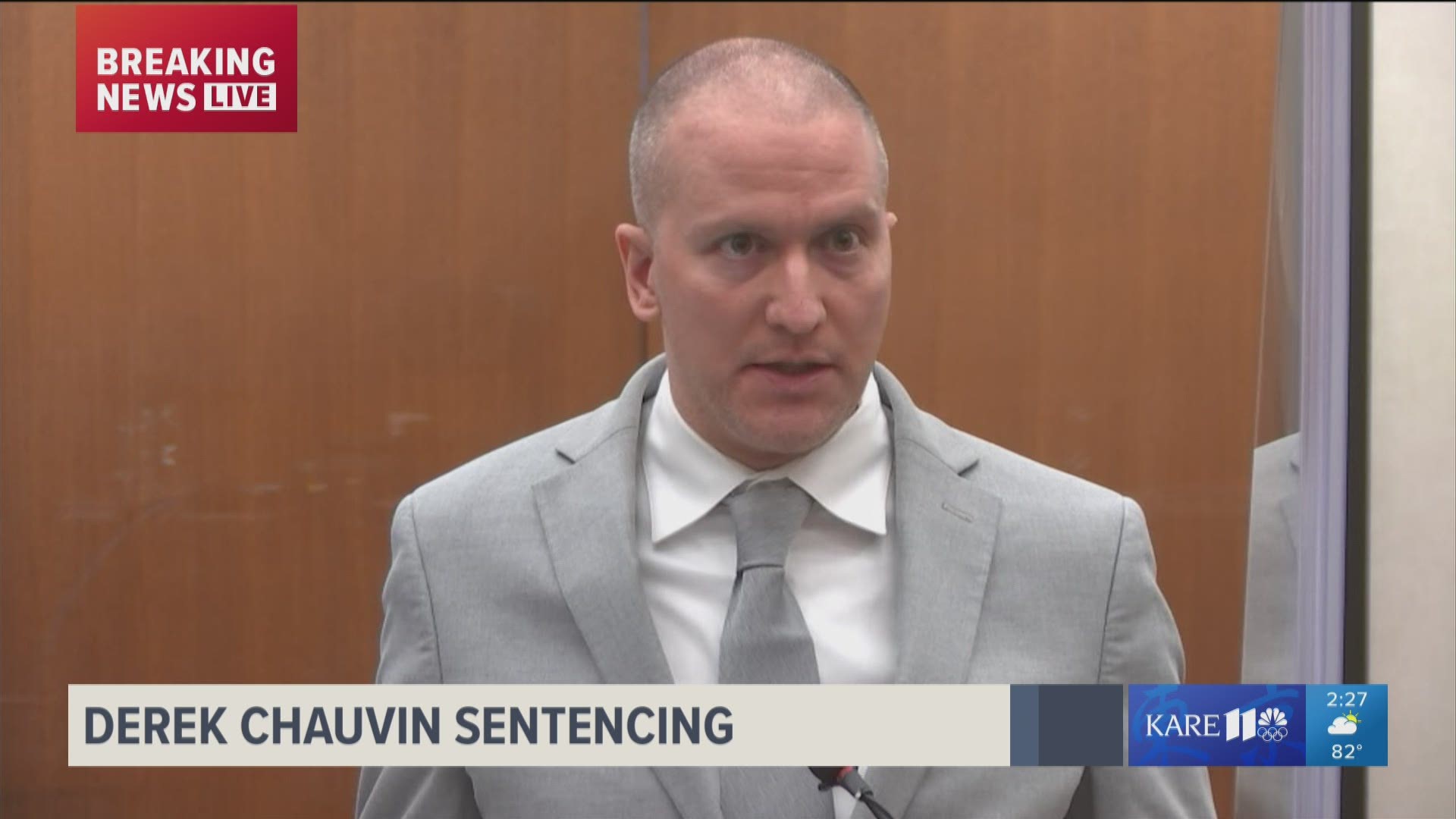 MINNEAPOLIS — Derek Chauvin broke his public silence Friday during his sentencing hearing, giving his "condolences" to the family of George Floyd and hinting at future developments.

Also speaking for Chauvin's defense was his mother Carolyn Pawlenty, who said her son is "a good man" and not a racist.

Chauvin's statement Friday was short, but it was the most the former Minneapolis police officer has spoken publicly since Floyd's murder in May 2020.

"Due to some additional legal matters at hand, I'm not able to give a full formal statement at this time," Chauvin said. "But very briefly though, I want to give my condolences to the Floyd family."

Chauvin, who is expected to try to appeal his conviction, hinted at future developments before ending his brief statement.

There's going to be some other information in the future that would be of interest and I hope things will give you some peace of mind," Chauvin said. "Thank you."

MORE: Derek Chauvin to be sentenced Friday in murder of George Floyd

Chauvin's mother Carolyn Pawlenty spoke to the judge on her son's behalf. She said Chauvin has been portrayed as a racist and an "aggressive, heartless and uncaring person" -- descriptions she said are untrue.

"I want this court to know that none of these things are true, and that my son is a good man," Pawlenty said. "The public will never know the loving and caring man that he is, that his family does. Even though I have not spoken publicly, I have always supported him 100% and I always will."

Family members of George Floyd asked the court for the maximum sentence, but Pawlenty requested the opposite.

"Derek has played over and over in his head the events of that day," she said. "I've seen the toll it has taken on him. I believe a lengthy sentence will not serve Derek well. When you sentence my son, you will also be sentencing me."

RELATED: 'I ask about him all the time' | George Floyd's daughter, family members speak at Derek Chauvin sentencing