Minneapolis Police Chief Medaria Arradondo made the comment in a briefing with Operation Safety Net, a law enforcement coalition handling safety around the trial. 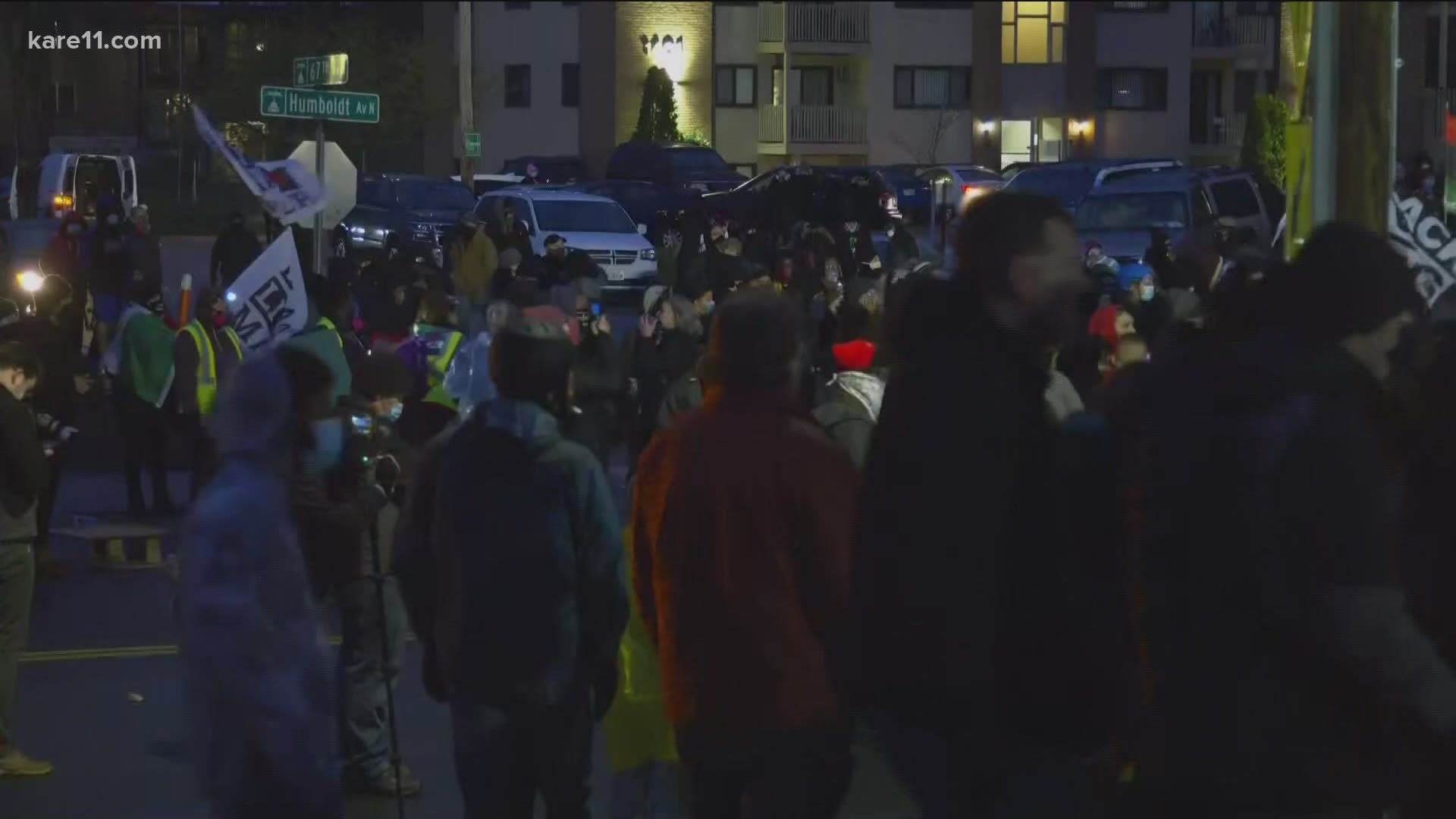 MINNEAPOLIS — As the witness testimony in the trial of former Minneapolis police officer Derek Chauvin came to an end inside the Hennepin County Courthouse Thursday, officials working with Operation Safety Net held a weekly briefing to go over plans for any potential unrest following the upcoming verdict.

Minneapolis Mayor Jacob Frey told reporters that OSN, a coalition formed to support nonviolent protests and prevent large scale violence and property damage across the city for the duration and aftermath of Chauvin's trial, is currently in Phase 3. Frey said Phase 3 was expedited in response to the shooting of 20-year-old Daunte Wright, who was killed by a Brooklyn Center Police officer on April 11.

During the press conference, Minneapolis Police Chief Medaria Arradondo, who testified for the prosecution in Chauvin's trial, was asked about using gas ammunitions during any potential demonstrations or unrest in the city after the jury reaches a verdict.

Arradondo said he has the final call when it comes to deciding if gas ammunitions should be used by law enforcement if there is civil unrest in his jurisdiction.

When asked what criteria would help determine whether or not he would make the decision to use tear gas, Arradondo told reporters it depends on what behavior officers are seeing in the streets.

"I think there’s a clear distinction that we’ve always tried to make over the past few months, of what’s encouraged activity and what’s unlawful," Arradondo said. "We can’t allow buildings to  be set ablaze, we can't allow folks to be assaulted, we can't allow looting, those types of things."

Chief Arradondo: “If we have civil unrest here in Minneapolis, Chief Arradondo says he makes the call for use of tear gas deployment.” @kare11 Also adds the OSN has 4 phases. @kare11

Multiple organizations are working together under OSN, including Minneapolis Police, the Hennepin County Sheriff's Department and the Minnesota State Patrol.

Agencies with Operation Safety Net have also been part of the response to unrest in Brooklyn Center. Protests continued for a fourth night Wednesday after Daunte Wright, a Black man, was shot and killed by white officer Kim Potter during a traffic stop.

Potter was arrested Wednesday and charged with second-degree manslaughter, and has her first court appearance scheduled for Thursday afternoon.

At a midnight press conference Thursday morning, Col. Matt Langer with Minnesota State Patrol said around 24 people were arrested for curfew violations, and said that night's "protest activity" was much more civil than Tuesday night's demonstration, when nearly 80 people were arrested. "We want people to leave. We don't want to arrest people. Our goal is not to see how many people we can arrest as part of Operation Safety Net," Langer said.

"Tonight was better than last night," said Col. Langer, who added that no "chemical ammo" was used.

Officials with OSN also addressed law enforcement warnings to members of the press and media to leave the area during the Brooklyn Center demonstration.

"We want people to leave. We don't want to arrest people. Our goal is not to see how many people we can arrest as part of Operation Safety Net," @MnDPS_MSP Col. Matt Langer said.

"We want media there covering these events," Langer said, and explained officers have refined a process to ID credentialed members of the media who get arrested while covering protest events.

According to Minneapolis Police Deputy Chief Amelia Huffman, there were no reports of looting or burglaries in Minneapolis overnight.