'I feel as almost it's my duty to speak for their sons and people who have died because I survived and they weren't alive to tell the story and spread awareness.' 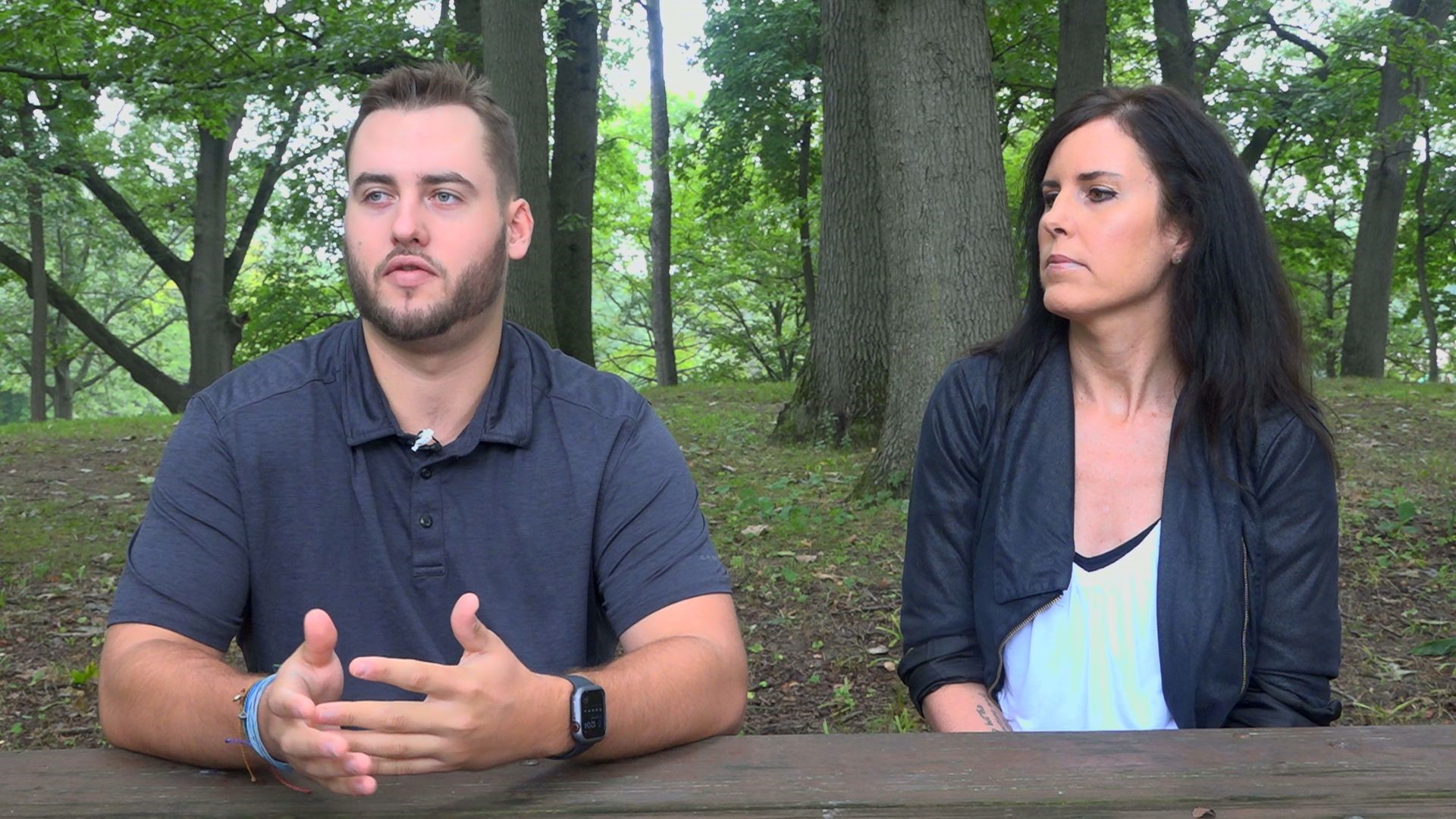 TOLEDO, Ohio — Tyler Perino says he tried to join a fraternity at Miami University a year-and-a-half ago. Instead, he faced a near-death experience.

It was mid-March 2019 in Oxford, Ohio. Perino, a Toledo native, was transferring to Miami University. Education took precedent, Tyler said, but making friends was also a priority and Greek Life seemed like a great way to do that.

"Obviously there's parties and stuff like that, but service," Perino said. "I wanted to do stuff to have on my resume and then I just wanted to meet people and have friends I could rely on and hang out with."

But it didn't take long for Tyler to realize that wasn't the case.

"Everyone thinks that it gets to be bad toward the end of when rushing is over with, but it was honestly like the first week," he said.

When rushing, or joining, a fraternity, there are a number of steps. One of the first: getting to know one's future, proverbial family.

"They said it was brotherhood bonding but it didn't really feel like bonding," Perino explained. "It felt like they just wanted to get us super drunk and be humiliated by it."

The story goes something like this, according to Perino: it was March 16, 2019, and he had a feeling trouble was brewing, so he warned his girlfriend to check up on him later that night. He and his roughly 25 fellow pledges were given a bottle of alcohol each to finish in one night. Mix in some marijuana, and then...

Perino, now 20, said he thought about leaving but didn't immediately. He and the others drank more until he ultimately made it back to his dorm room, where his girlfriend was waiting.

That's when Perino's girlfriend called 911. He was rushed to the hospital, only to wake up hours later with a blood alcohol content nearly three times the legal limit.

Today, Perino is physically recovered, but mentally, he is still traumatized. However, he's turning that trauma into triumph and hoping to be a voice for families who did, in fact, lose their kids to Greek Life hazing.

"I feel as almost it's my duty to speak for their sons and people who have died because I survived and they weren't alive to tell the story and spread awareness about it," Perino said.

"We would like to see (hazing) at least changed from a misdemeanor to felony status," she said.

Now, Perino is a psychology student at the University of Toledo, hoping his newfound mission can spare pledges the pain he experienced.