The cane, made from a hockey stick, was spotted in a vehicle at Walmart by a resident, police say. 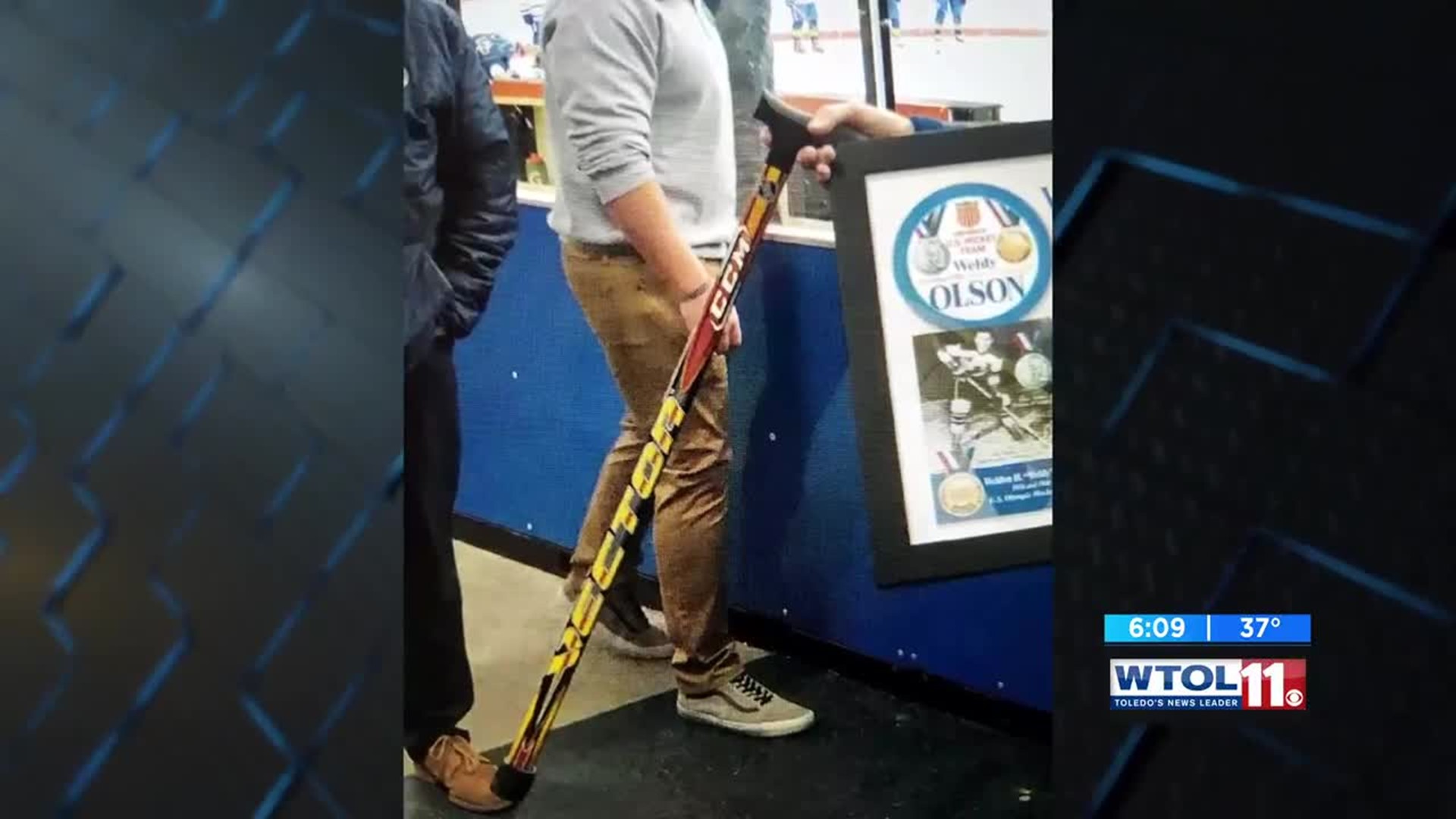 FINDLAY, Ohio — After more than a year, a Findlay resident is finally reunited with his custom cane.

Weldon Olson, 86, or Weldy, has played hockey his entire life.

After four years at Michigan State, Weldy won an Olympic silver in 1956, and our country’s first hockey gold in 1960.

And a few years back on his birthday, his son ordered him a specially made walking cane, made out of a hockey stick, to keep a hockey stick in Weldy's hands at all times, even though his playing time is behind him.

But last December, after shopping at Lowe's, Weldy says he left his cane in the shopping cart, and didn't realize it until he had already come home.

“I went right back into Lowe’s then, and asked if anybody had turned it in, and nobody had,” Olson said.

He and his wife contacted Findlay Police, not because they think someone took in on purpose, but in case someone would like to return it.

"It's just a sentimental gift from my son. but I just hope that somebody is in the Christmas spirit and will come back and say 'Look, I think we found your cane.'" said Olson.

Credit: WTOL
Weldon Olson's custom cane is made from a hockey stick.

Weldy had been getting around on a standard walking cane - until now.

Findlay police say that last month, an alert citizen saw the missing cane in a vehicle parked at Walmart on Tiffin Avenue and notified police.

Officers spoke with the owner of the vehicle and notified Olson, who came to the scene and verified that it was in fact his cane.

Police thank the resident who found the cane and say no charges are being pursued at this time by request of Olson.