For decades, John Samuelson has been sharing the joy of Mount Hood with others. He started skiing at age 40, instructing at 60 and is still carving turns at 96. 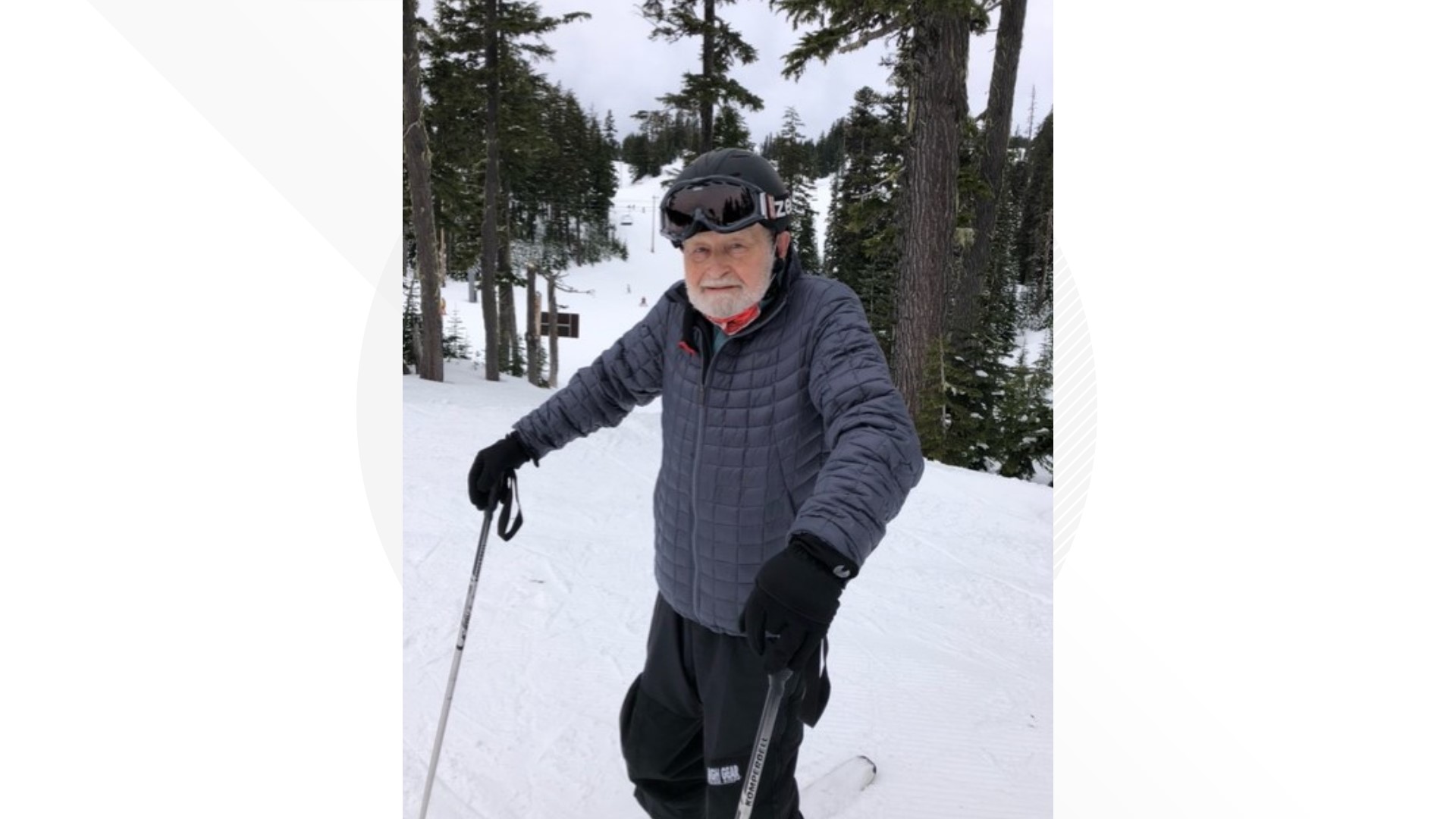 MOUNT HOOD, Ore. — Before daybreak on Sunday, January 24, when the streetlights glistening on wet pavement, John Samuelson was already out the door. The mountain was calling, and he was happy to oblige.

His son Ken Samuelson and daughter-in-law Spring pulled up to Edgewood Downs independent living in Beaverton to take dad to the mountain to celebrate his 96th birthday.

“Happy birthday dad,” Ken said, “How ya feeling, you ready?”

John gave a quick chuckle and replied, “I’m ready as I can be.”

With a good luck kiss goodbye from his loving wife, the trio was off, headed to John’s happy place: Mount Hood.

“A lot of excitement,” John said.

“At 96 you get to do whatever you want on your birthday, right? Of course, skiing was his thing. So, here we go,” Ken said.

“He loves it. He’ll be on cloud nine,” Spring said.

“John exemplifies what you need in order to get people to really love this mountain,” Mount Hood Meadows Vice President of Marketing and Sales Dave Tragethon said.

John’s love for carving through powder came later in life at age 40. It wasn’t until his 60s that he shared that passion by teaching others.

“And now he’s up here taking turns at age 96. It says more about him than anything else,” Tragethon said.

He arrived at his home away from home on the mountain to snowy foggy weather. Before gearing up for the cold slopes, he got a warm welcome from Meadows staff that could melt the snow right off your skis.

Over his more than 25 years as a ski instructor, John taught thousands of people simply because he wanted others to find as much joy on the mountain as he did.

“You see people having a good time, it makes you feel good,” John said.

After being serenaded by staff singing Happy Birthday, and sharing some memories and advice, it was time to strap on the skis.

Up the lift he went, looking down on the ski instructors below who followed in his tracks.

Just like that, the 96-year-old was back driving his tips, over his skis with ease.

“This is more of a celebration than sitting down eating a piece of cake,” John said.

Just like a true teacher, John still focused on doing it right. Daughter-in-law Spring said he is always worried about his technique.

“The fact that he can get up here again on his 96 birthday and ski and I think his form looked great,” Spring said.

Weather-wise, it wasn’t the bluebird day he may have hopped for and carving your turns through foggy low visibility isn’t as easy as it once was.

“When I can’t see the horizon, then my balance is not good and I think that has something to do with age,” John said.

Even so, he met the challenge of the day. Each run, sending John back in time.

“I get through skiing and I feel, I feel younger,” John said.

After decades of instructing others, John is still teaching us a thing or two about how to live our best life.

"It’s good to get out and feel, 'Well hey, I’m pretty young and I can do it'," John said. "And the only way you can do that is to do something like this."