Jesse Squire plans to run in every Toledo park this year, over 200 of them. He says running has helped him appreciate his city and revealed many other life lessons. 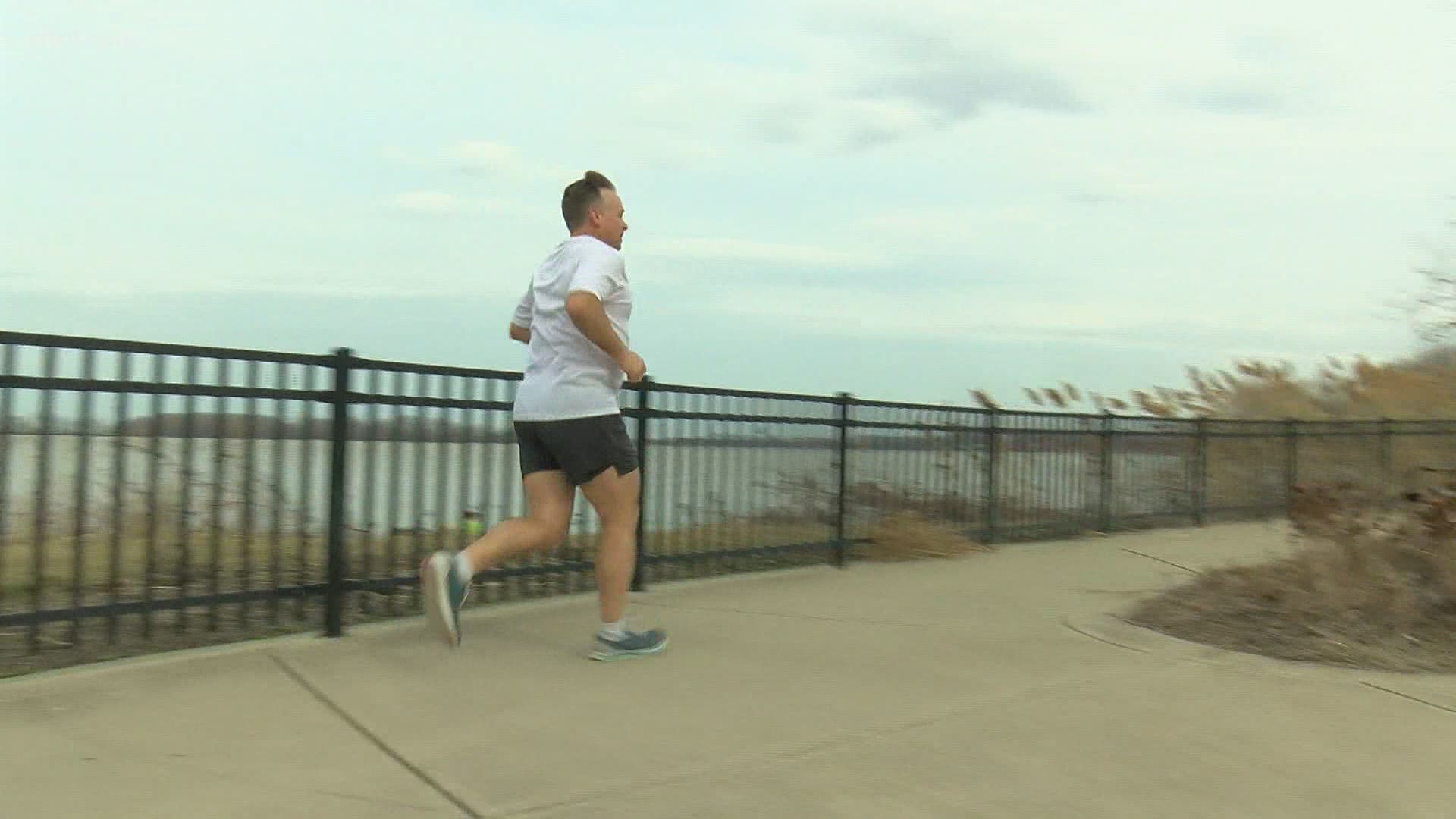 TOLEDO, Ohio — Toledo is often referred to as the city of parks and for good reason.

Start High School math teacher Jesse Squire is on a mission to run at every single one of them by the end of the year.

I met Jesse Squire at Cullen Park on a breezy morning for a run and to talk to him about his experiences, his background in running, his work as a teacher, and also his mission to run at every single park in the 419.

Jesse's route took us on a loop down Summit Street before looping back to Cullen Park. It was just one of his many running adventures.

“I started getting bored and I wanted something to just make every day a little different,” said Jesse. “So I decided I was going to try to run in every municipal, county, Metropark, and state park in the Toledo area.”

And the Toledo area, Jesse found out, is truly the city of parks.

“After I started making up the list I realized that's a really, really long list,” said Jesse.

It's just one way to break up the monotony of the daily routine.

"In January and February, every day can kind of feel like the same. You know, it's dreary, and it's dark, and it's cold. But every day I was thinking, 'Where am I going to go today?'" said Jesse.

Our run took us to Cullen Park, a scenic waterfront oasis in Point Place. Wearing a Start High school t-shirt, Jesse greeted me with a smile and a story.

His running journey began decades ago as a boy growing up in Toledo.

“I started running at DeVeaux Junior High. I went on to DeVilbiss where we were state champions. Didn't have anything to do with me, but it tends to get you a little hyped up. I was hyped up to meet another diehard runner,” said Jesse

But his journey has taught him about much more than just running. He’s discovered just how amazing his hometown and mine - Toledo - truly is; how varied and diverse the whole city is.

And during the pandemic, making the best of the situation hasn’t always been easy. But Jesse believes that running can heal.

“Get out and move. We've experienced a lot of tough times in the last year. Everything feels better once you've gotten out and moved. Sometimes, you just need to get yourself tired enough that the worries of the world fall away a little bit,” said Jesse.

My worries melted away as I gazed upon the rippling waves on the Maumee Bay.

Finding that escape from the troubles of everyday life is important. Whether that’s running, walking, fishing, reading, or something totally different, Jesse has a few parting words for you, me, and his high school students.

“Every day. Do a little bit every day. Doesn't matter what you're trying to work on, whether it's something academic, athletic, or musical. Any goal that you have. 15 minutes a day. If you work on it 15 minutes a day, before long, that 15 minutes doesn't really feel like work and you can achieve things you might not have believed that you could,” said Jesse.

RELATED: Toledo ranked #2 on list of most affordable cities