Honor Flight started nationally in 2005. Its mission was to send WWII veterans to see their new memorial in DC. 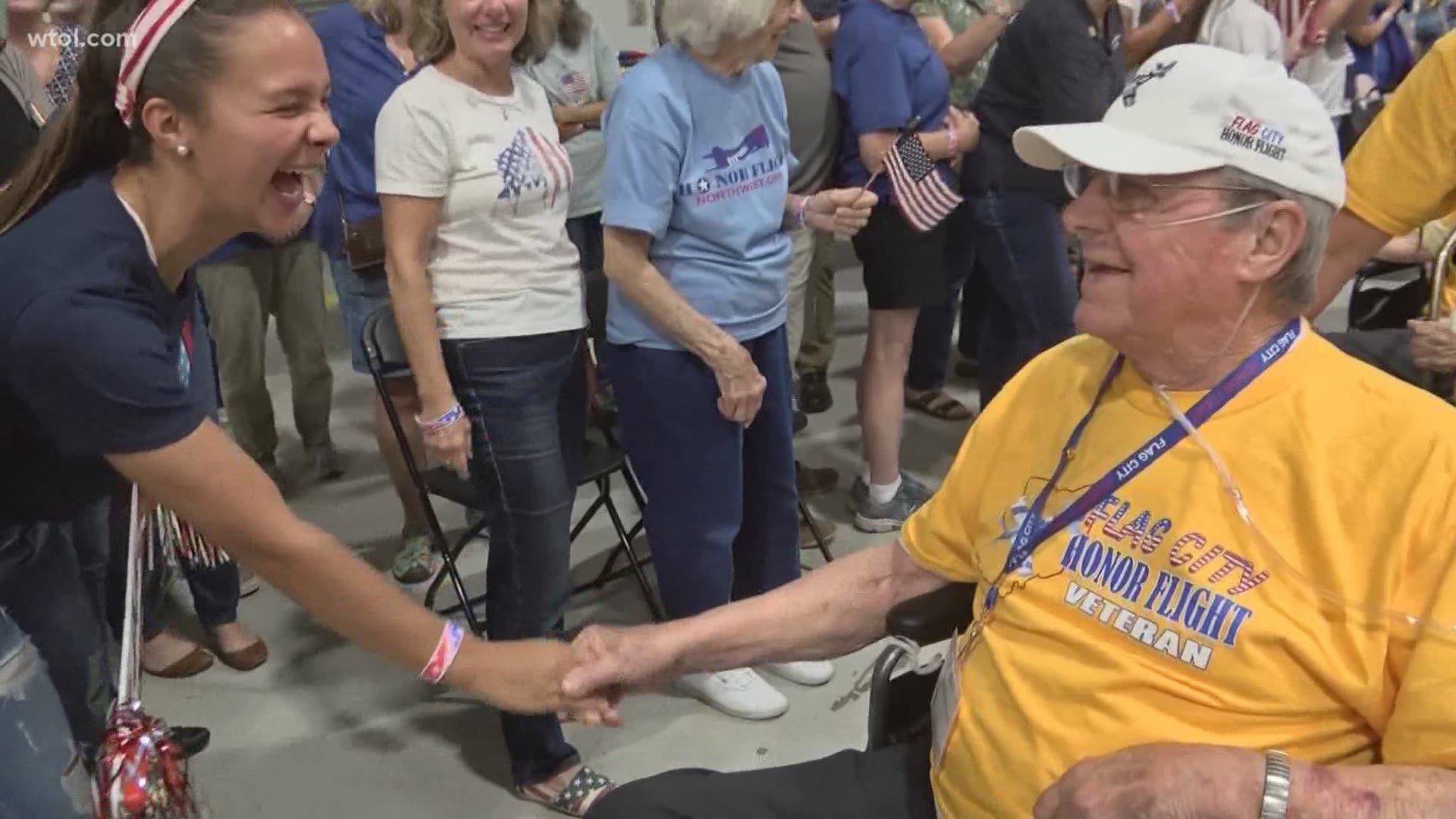 Once again, veterans should be able to see the memorials in Washington, D.C.

Honor Flight started nationally in 2005. Its mission was to send WWII veterans to see their new memorial in DC.

Flag City Honor Flight was born in 2010. They’re based in Findlay, serving veterans in northwest Ohio and southeast Michigan.

The last time they took veterans to DC was in 2019.  All of last year’s flights and bus trips were canceled. The hope is to resume in the fall. Flag City Honor Flight is a 501-3 organization that needs donations to fund its mission.

The group's corporate sponsors are GJM CPA’s in Maumee, as well as Marathon and Ohio Logistics, in their home city of Findlay.

In fact, Ohio Logistics donates space in its headquarters for storage and a meeting room.

Honor Flight’s Bob Weinberg said the pandemic put a strain on the National Honor Flight program, but not Flag City.

“I’m gonna tell you, national was probably up to 144-145 hubs a couple years ago and they’re in the upper 120s now. Some of that is financial and the virus and all things going on right now, some is the fact that the WWII vets are getting low in numbers. So, some of the hubs are stopping because of that. They’re not as heavily involved or interested in Korea, Vietnam and others but we are," Weinberg said.

Weinberg served in the Army from 1969 - 1972, and was a sentinel at the Tomb of the Unknown Soldier at Arlington.

Assuming the Honor Flights resume in the fall, veterans, guardians and medical personnel will have to have the vaccine to go.