"Only way things stay the same or get worse is if we do nothing," said JoJuan Armour, who led the meeting. He said prevention will be key in slowing down violence. 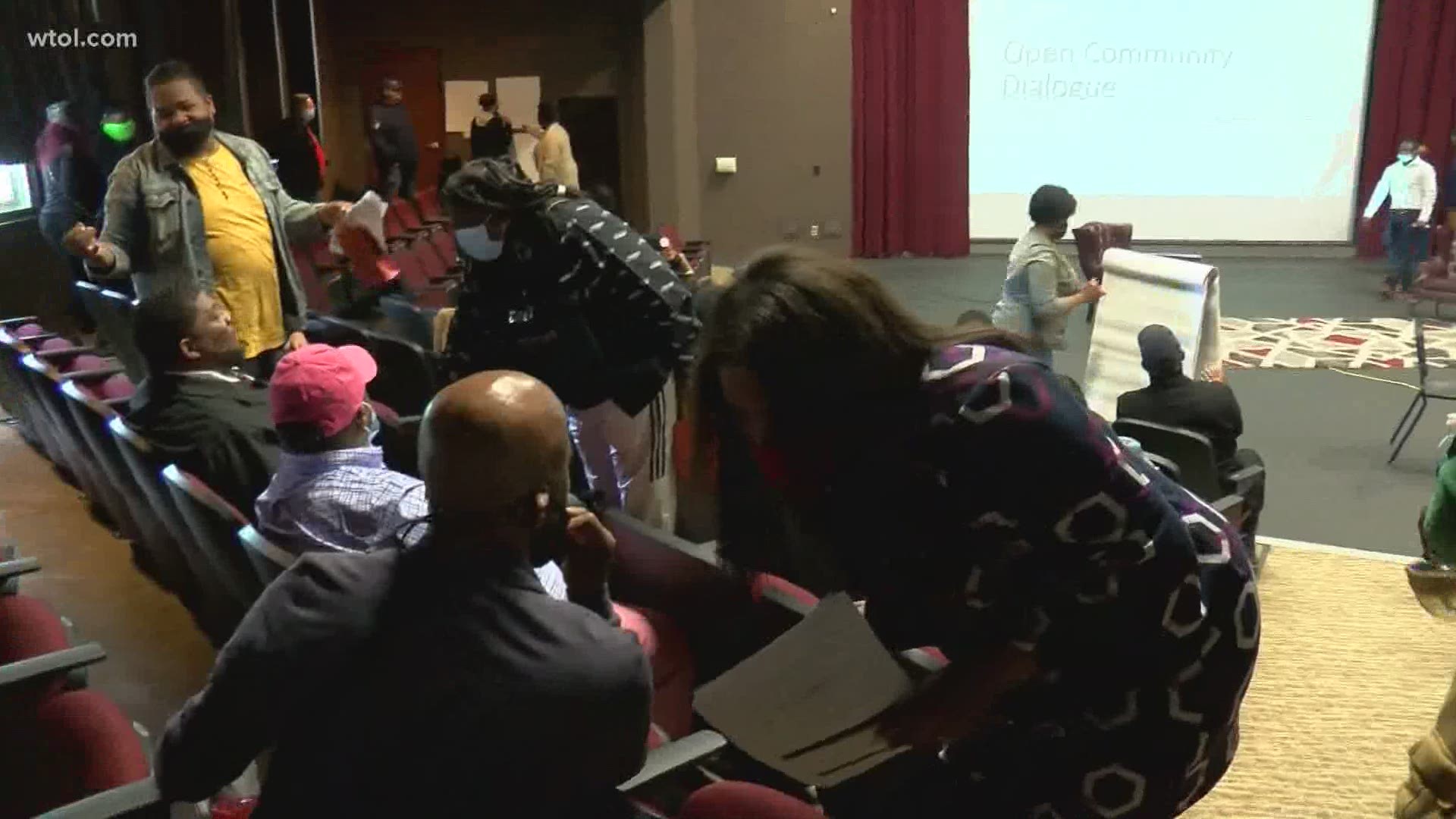 TOLEDO, Ohio — On the heels of Toledo's latest killings, in which two men in their 30s were shot and killed on Friday, and which brings the total homicides in the city this year to 19, the Mayor's initiative to reduce gun violence held its first community meeting.

Dozens of community members went out to Scott High School with a desire to help stop the violence.

The rise in gun violence is prompting those from every part of the community to come out and offer to help.

"I want it to stop," said community activist Devonne Fagan. "I pray every night that we can find solutions and a way to get these young brothers from killing each other."

"I want my son to bury me, I don't want to bury my son."
Jojuan Armour, commissioner for Mayor @wadekaps initiative to reduce gun violence, stressed collaboration, partnerships need to made now to begin to reach our youth and those affected by #GunViolence @WTOL11Toledo #Toledo pic.twitter.com/UOOb7VZg8H

Even those who used to be part of the violence growing up, like Deidre Brown, a former gang member, came forward to offer their help to stop the killings.

"I didn't lift the fire hydrants up," said Brown. "I didn't double-dutch. I was gangbanging."

JoJuan Armour led the meeting. Armour was chosen by Mayor Kapszukiewicz to lead the mayor's initiative to stop gun violence.

"Prevention is one of the biggest aspects of redirecting these kids," he said, "but we have to be able to get in front of them. We have to have resources that attract them and make them want to participate so we can get their ear and get their attention."

The meeting brought attention to grim realities, taken from a survey from youth in our area. It showed overwhelming responses like the majority of respondents, ages 12 to 24, said they do not feel like their voice as a young person is being heard in the community.

RELATED: With increase in gun violence, a victim's brother says the names disappear from headlines, but their grief continues

People also discussed the issues in groups and offered their thoughts and potential solutions. One woman suggested funding and creating a city recreational center as the focal point of youth activities and sports.

Another speaker stressed that police need to do a better job of embedding themselves in the community and recruiting from affected neighborhoods.

Even the youth who attended the meeting pointed out that the problem is not just one person or group.

Armour says this will not be an overnight fix. But the collaboration they're creating is a solid first step.

"Only way things stay the same or get worse is if we do nothing," said Armour.

"Ultimately, no matter where you're from, we want the same thing," said Fagan. "We want the killing to stop."

The next community meeting for the initiative is set for May 15 at Woodward High School from 2 to 4 p.m. You can attend in person or online.

More information on how to sign up is available at this link.