Several vehicles are burning in a junkyard at Detroit Avenue and E. Gramercy Avenue, according to Toledo fire. Detroit Ave. is blocked between Gramercy to Crawford. 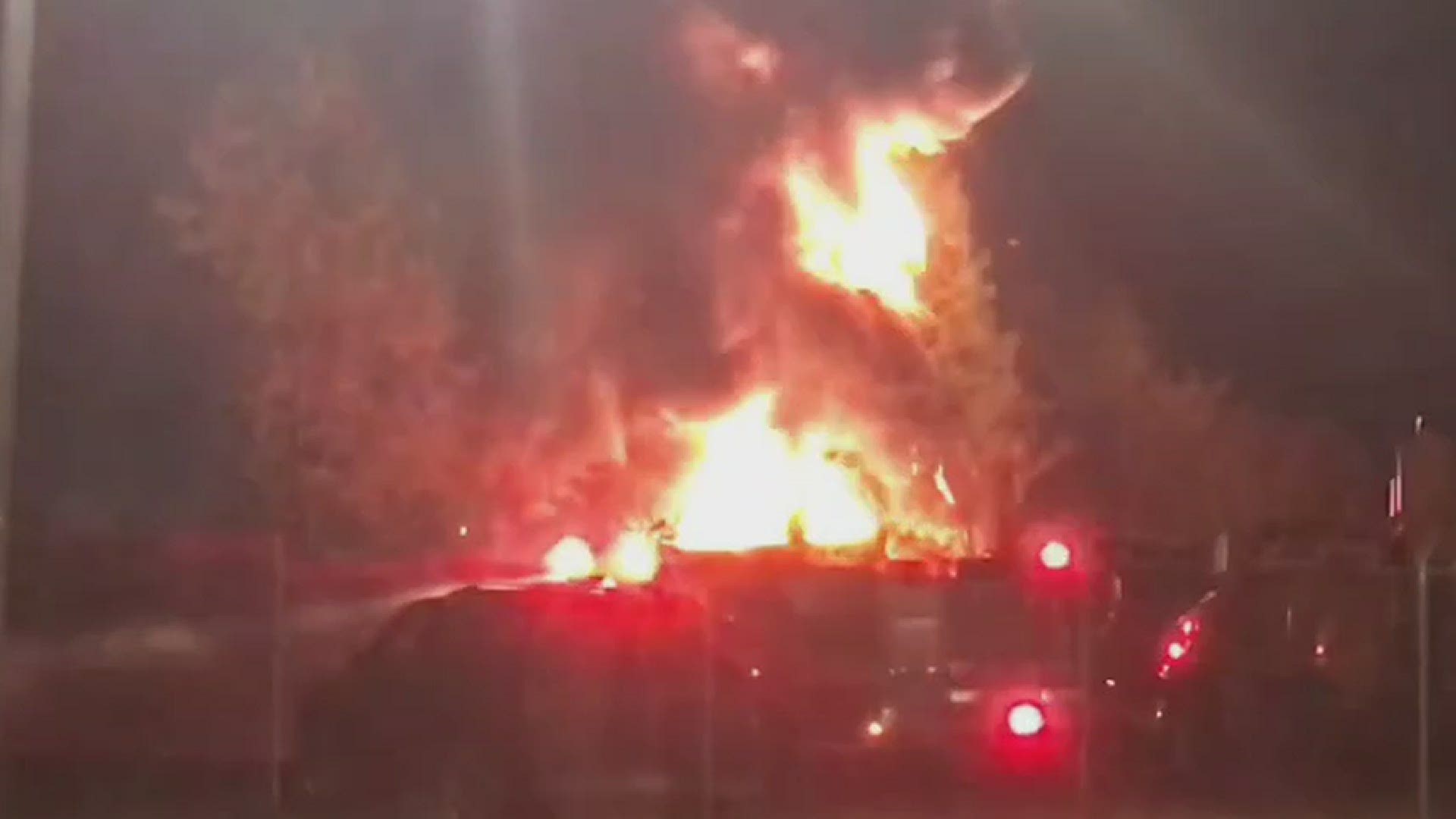 Firefighters are battling to put out a large fire at a junkyard in west Toledo late Friday night.

Crews are on the scene of a fire at Detroit Avenue and East Gramercy Avenue. Toledo Fire & Rescue Department confirmed several vehicles are burning in a junkyard.

TFRD has not yet said if any injuries were involved or the cause of the fire.

Detroit Avenue is blocked between Gramercy Avenue to Crawford Avenue while firefighters work the scene.