Families can register to have a banner made for $100. 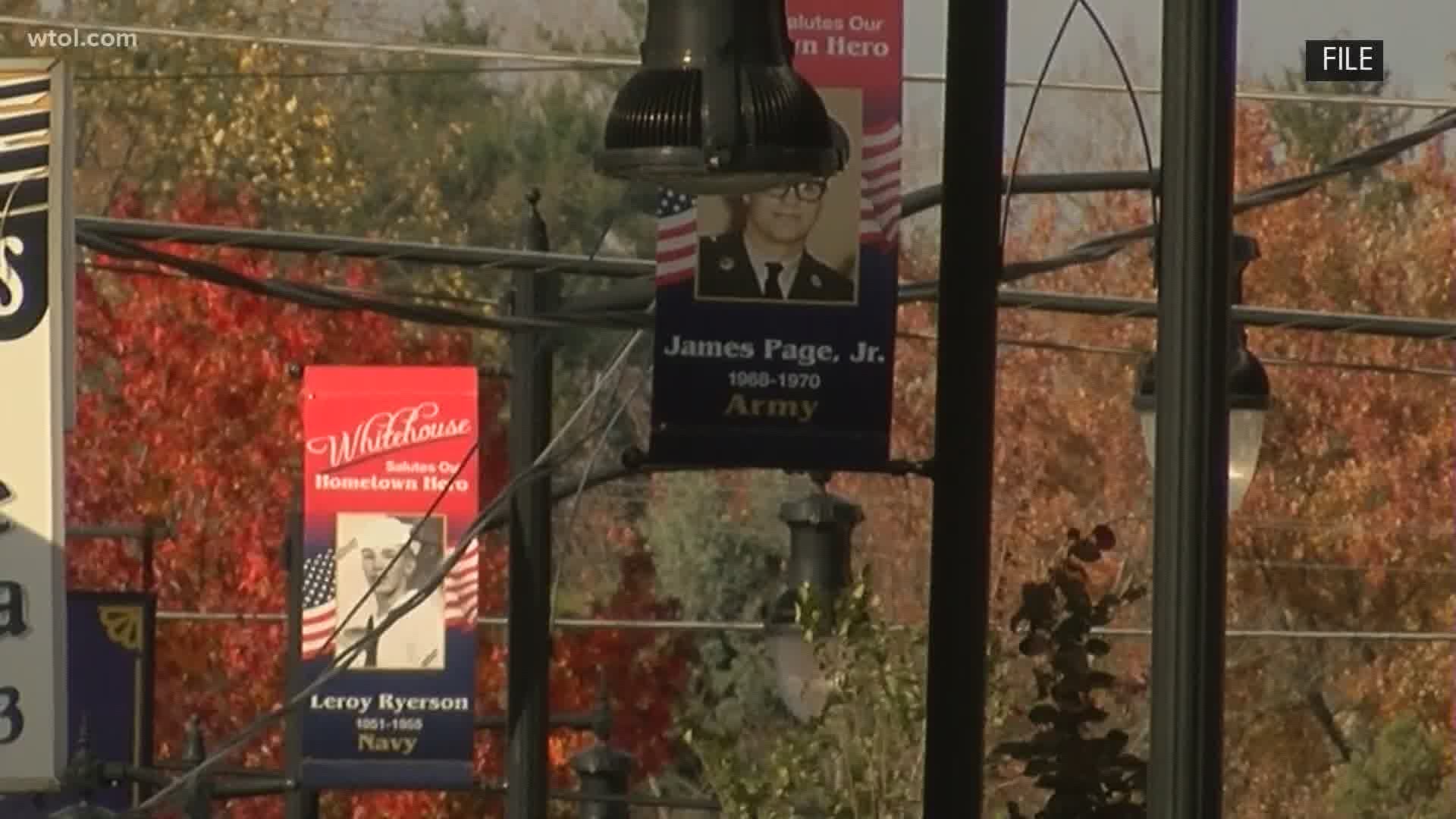 FINDLAY, Ohio — Findlay, Ohio's Flag City, is known for its patriotism, and city leaders have found a new way to honor the area's veterans.

For years, the city of Findlay has utilized banners on downtown light poles to beautify, inform and celebrate special events.

Now, the city's downtown will feature images of and information on local veterans, much like the banners recently put up in Woodville and Whitehouse.

"We have seen it in a number of communities and it's certainly something that we have been talking about for a while. And we just had the opportunity to pull it together and make sure that we had a plan in place to be able to execute it appropriately," Findlay Mayor Christina Muryn said.

Those who wish to have a veteran in their family featured will need to supply a photo, along with $100 to cover printing costs, by applying online.

However, Muryn said city leaders are working to find sponsors willing to front the costs in advance for people who may not be able to afford it.

The city has about 150 banner locations downtown, so not everyone will get their family's veteran banner shown all at the same time. But, Muryn said the banners will be rotated out every few months, and will show mostly all veterans banners during certain national holidays.

"So, our initial focus was on Veteran's Day, and then we would like to have in future years in November, July and May, around those more patriotic holidays. But again, if we have a number of them, we might just have some of them intermixed with some of our other banners throughout the year," Muryn said.

If you'd like to see your veteran's banner hung up in downtown Findlay by next month, you'll have to get your registration in by the end of July.

RELATED: Bring on the breadsticks! Campus Pollyeyes Toledo is open for business

RELATED: What would happen if Ohio had to close businesses again?