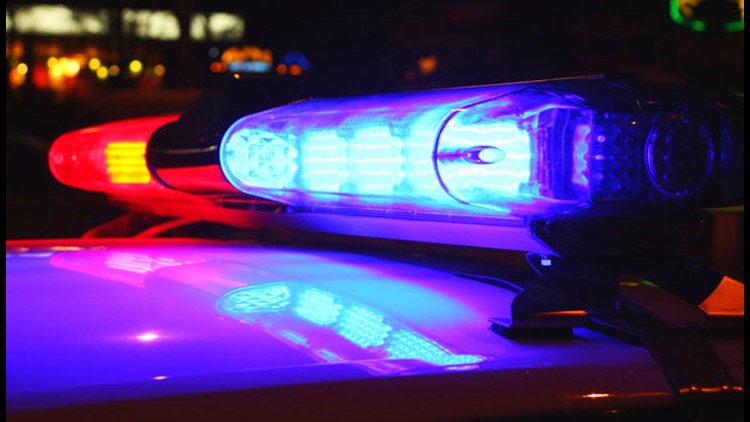 Lights shine on top of a police car.

FINDLAY, Ohio — A Findlay man is facing felony charges after he threatened employees at Family Resource Center and led police on a car chase Wednesday morning.

The incident happened around 7:30 a.m.

Officers responded to a call of a man, possibly in crisis, at Family Resource Center. The man was allegedly driving through the business's yard and threatening to harm its employees. He was later identified as David D. Luth, 52, of Findlay, and authorities said he had an active order from Probate Court to take him into custody.

As officers arrived on the scene, Luth began to drive southbound on North Main Street. When police tried to initiate a traffic stop, Luth failed to comply.

A pursuit ensued that went through the school zone at Glenwood and Luth proceeded to go left of center and through a red light at Trenton Avenue before heading westbound onto Frazer Street.

Luth reportedly drop at speeds near 60 mph as he drove through the University of Findlay's school zone. He then drove over the curb and into a residential yard in the 600 block of Frazer Street where he eventually stopped.

Luth was taken into custody and turned over to the Hancock County Sheriff's Office who had the Probate Order. He was cleared medically and incarcerated in the Hancock County Justice Center on a charge of felony fleeing and eluding until he could be transferred to a psychiatric hospital for further evaluation.

No one was injured as a result of the initial call or the pursuit, which covered 1.8 miles with multiple traffic violations.

At this time, Luth is still being held at the Hancock County Justice Center.

RELATED: BGPD in search of driver who struck 2 pedestrians