Ushering in a new season: Fifth Third Field workers happy to welcome back the Hens - and the fans they've dearly missed

Longtime ushers and ticket-takers say it’s seeing the people at the gates and in the stands that keeps them coming back year after year. 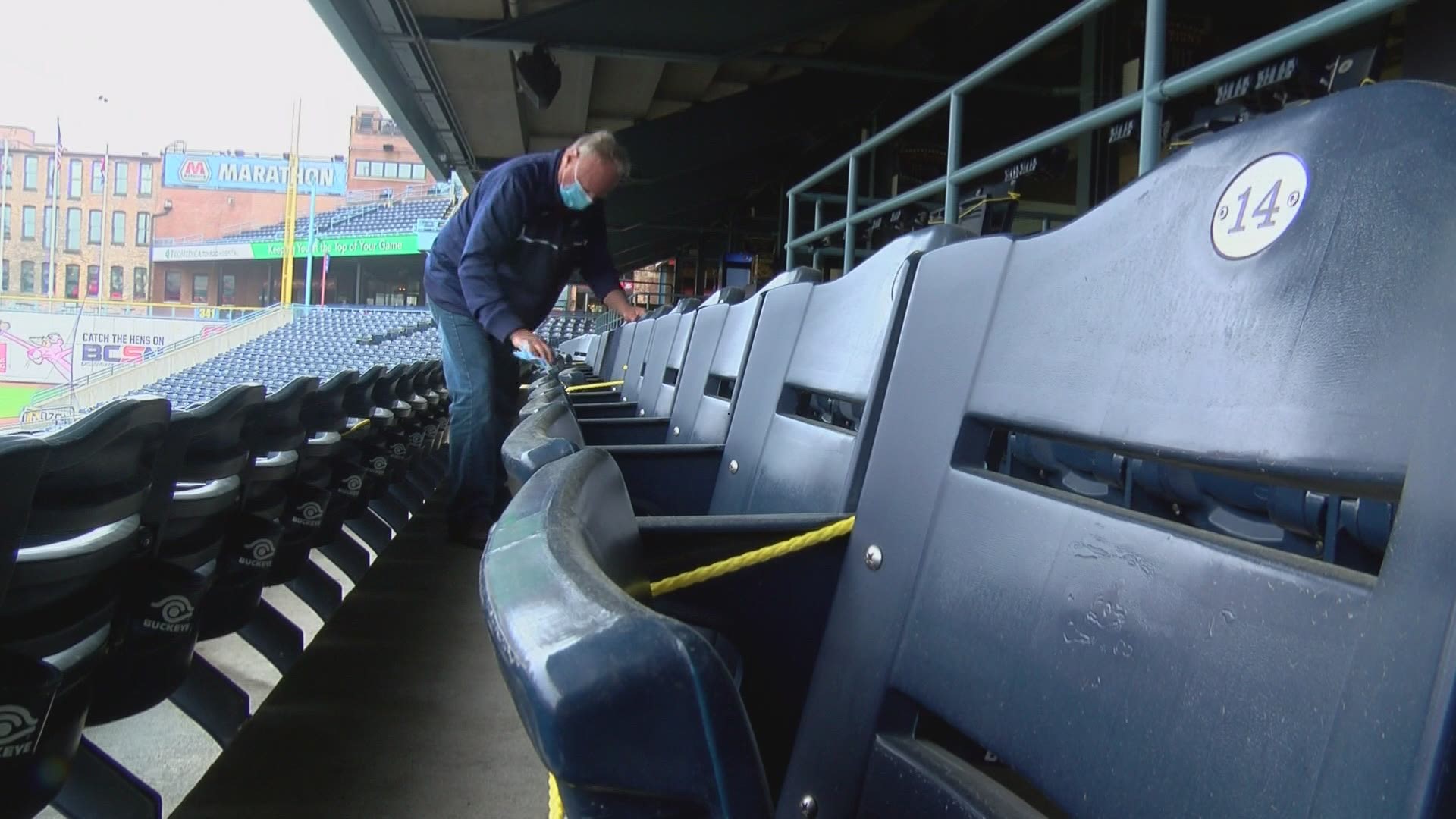 TOLEDO, Ohio — This year’s Opening Day for the Hens means so much more than just getting the boys of summer back on the field.

For some, it gives them back a part of their daily routine - a part they’ve sorely missed.

Last season was supposed to be Jonette Moss’ eighth year as a ticket-taker at Fifth Third Field.

But as we all know, it didn’t happen.

“Well, I was devastated,” Moss said. “Because you look forward to it and then all of a sudden, when everything shut down, it’s like, bam! You have nothing to do, you know. Absolutely nothing to do.”

Bill Saunders was in the same boat, losing his usher gig last year.

“I never thought in my lifetime this would ever happen,” Saunders said.

Credit: WTOL 11
Bill Saunders normally spends his time at the club level, bringing people to their seats for more than 10 years.

He normally spends his time at the club level, bringing people to their seats for more than 10 years.

“You come in, you clean seats, you say something to somebody,” Saunders said. “I have a saying all the time. The guy got a good seat, (and) I say, ‘You must know somebody to get that seat?’ (laughing) You know?”

Finally, Nourm Freyer’s been taking tickets at Fifth Third Field for more than a decade. And to say he missed it last year would be an understatement.

“Oh…I’ve missed baseball incredibly,” Freyer shared. “It’s one of my favorite sports and working here is just a blast. I’ve missed seeing games and seeing people that I normally see down here.”

For all three, they say it’s seeing the people at the gates and in the stands that keep them coming back.