The class is part of a sister school system partnership between Findlay City Schools and Kawaguchi, Japan. 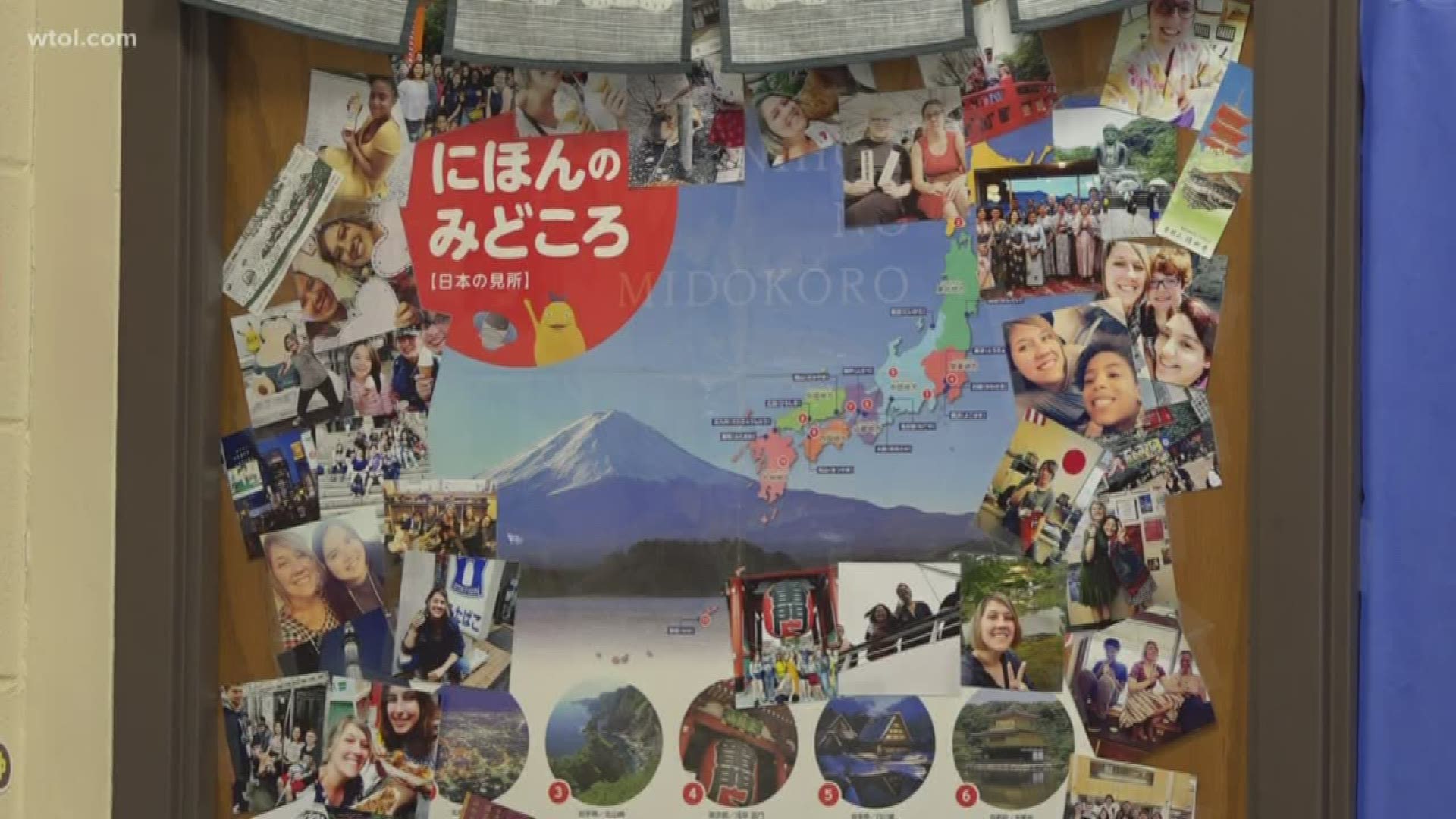 The funding for the class came from a $30,000 grant from the Japanese Foundation.

Sixty students immediately enrolled in Japanese 1 for this semester.

According to school leaders, learning a foreign language is a valuable skill set for these students to gain.

"With hopes of going on to workforce or going into college, having these experiences, learning these languages can help prepare them for that," Findlay High School principal Ryan Imke said.

Japanese teacher Tanya Schubert has taught English to Japanese students, and acted as a translator for local Japanese owned businesses. She said the biggest hurdle in learning Japanese is the characters, but actually speaking the language is a bit easier for English speakers than most other foreign languages.

Along with the language course, students can also apply to learn abroad for one semester in Japan next year.

"For them to be ready to go and already use those skills in Japan is tremendous. And they're going grow, not only language-wise, but they're going to learn a lot about themselves, and about being an American while they're abroad and I think it's going to be great," Schubert said.

The goal is to continue the Japanese language course at Findlay High School every year until it reaches an AP class level.

RELATED: Portion of Crawford Street to go green in Findlay