Unionized workers who have contracts with other companies went to the picket line Monday to support UAW Local 14 members. 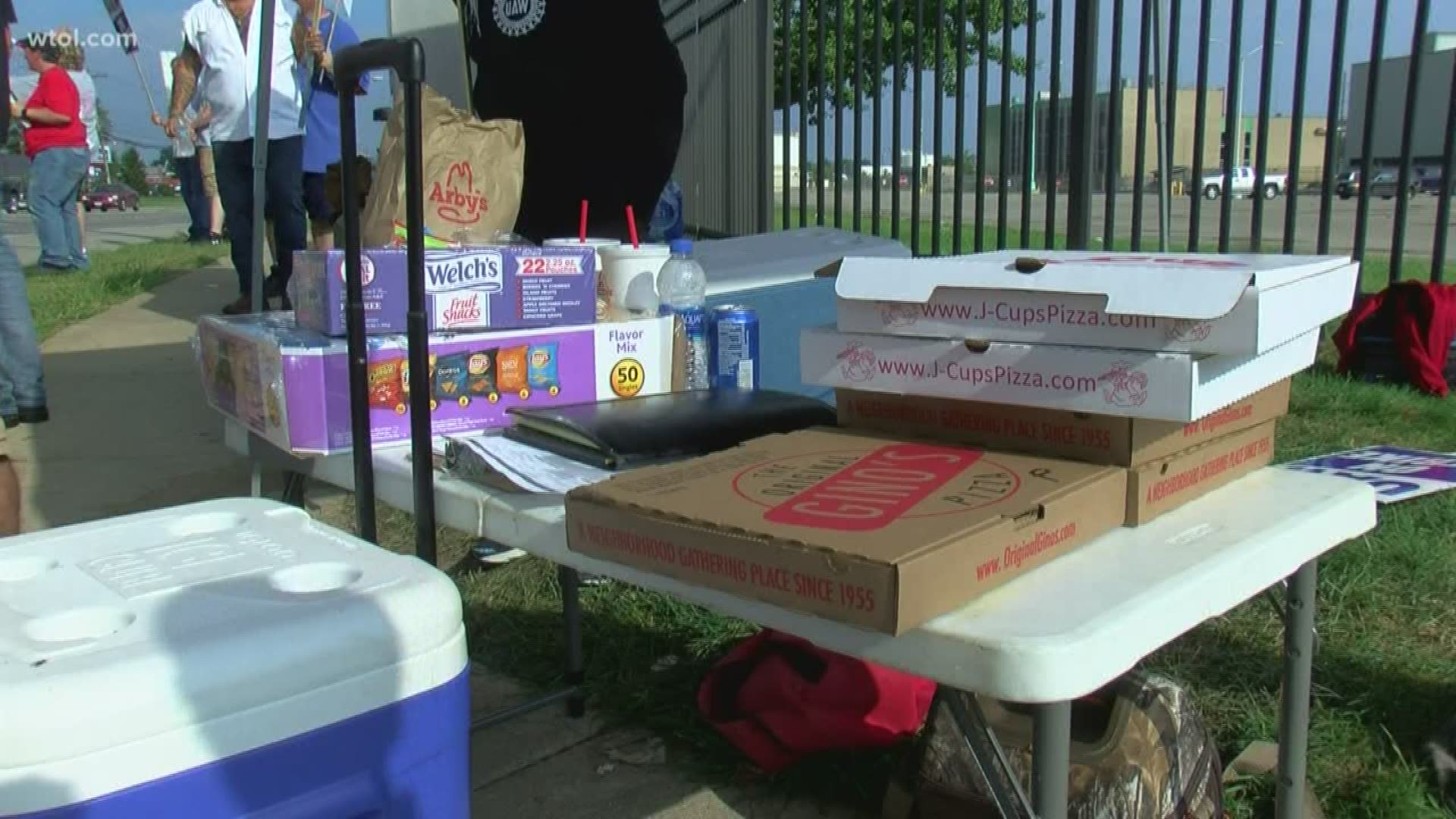 TOLEDO, Ohio — Many of the pickets outside the GM Powertrain plant are UAW Local 14 members, but they have also been joined by multiple other union workers from across the region.

"A lot of mothers and fathers support their kids by coming to work in these plants whether it's GM or Chrysler, so I think the work is here, the effort is here, the dedication is here, they need to take care of their people," Lauren McCallum with Local 12 said.

McCallum got off her shift at Jeep and came to join the picket line outside the GM Powertrain plant. She's not alone; several other Jeep employees and members of UAW Local 12 came out to support in part because they believe these negotiations will play a big role in how the ones between the UAW and Jeep will go later on.

The support isn't just being shown with people on the picket line. There have been dropoffs of water, pizza and other meals at the union hall, which have all been keeping Local 14 members fueled up.

This kindness is recognized by people like picket captain Mike Holmes.

"We've had the steelworkers union, FCA, Local 12, everyone's asking what can they do," Holmes said.

Holmes has been with GM for two decades. He's an electrician and safety instructor and he says, he's in it for the long haul if necessary.

"Spirits are high right now and hopefully it remains that way out here for longer than two weeks right now, we don't know at this point. Like I say, they were meeting at 10 this morning. I don't know what's been decided. We wish well, but we're out here to get a fair contract," Holmes said.

While they don't appear any closer to an agreement 24 hours since the strike began, there was some movement in the stock market Monday with GM shares down more than four percent.

GM walkout brings factories and warehouses to a standstill