Father mourns loss of two sons killed in shooting; third fighting for his life in hospital

Jaquail Phillips says he's "lost, broken and misses his boys" after two of his kids, Ahmir, 5-years-old and Gabriel, one years old, were shot and killed Friday. 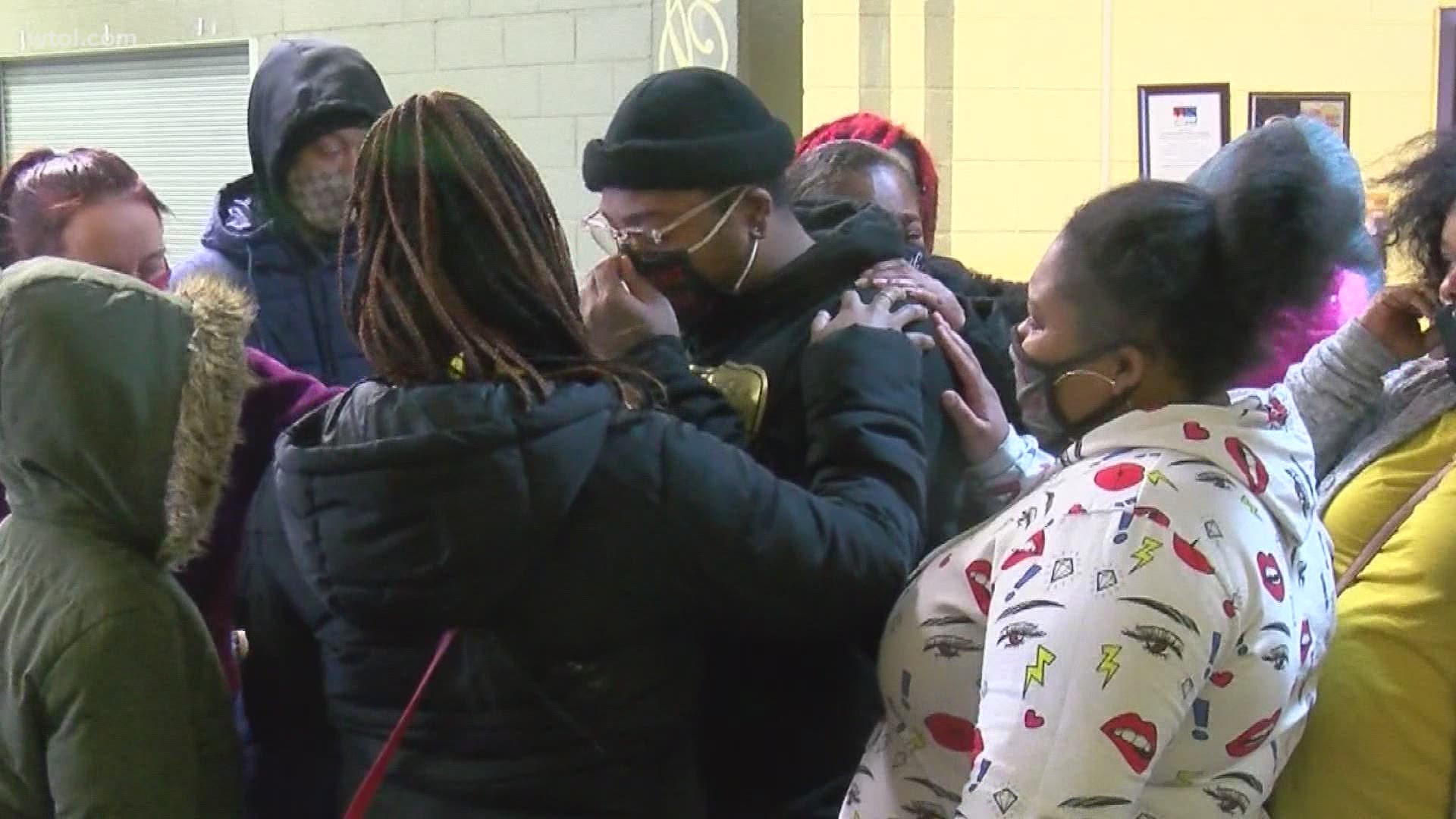 TOLEDO, Ohio — The father of three children shot at the Byrneport Apartments in south Toledo Friday spoke to WTOL on Saturday.

Phillips broke down in tears with his family by his side during the interview. On Friday, he says he got a call from his girlfriend that his sons had been shot. He rushed to the hospital and could not believe what he learned.

"They told me that Gabriel and Amir didn't make it and that Ashtan is being worked on still," said Phillips.

Doctors told Phillips that the bullet shattered Ashton's jaw and is causing internal bleeding. He's stable but still in critical condition and in need of surgery.

"They can't put it back together til the swelling from the bullet going in goes away," added Phillips.

Phillips says Ahmir loved to play sports and help his uncle fix things. Gabriel, he says, was just one, had just begun to walk, and had just begun life.

Police say a suspect is behind bars, but Phillips says that gives him no closure.

"He can get life but he still living," said Phillips. "He still doing everything he can do. He be behind bars, he's not out here, but my kids will never be able to grow up. I'll never see my kids, never be able to hold my kids, nothing."

So many questions still remain, but with gun violence at an all-time high, Phillips stressed something needs to be done to help families to be able to take care of one another and their kids and make sure something like this never happens.

Phillips added that all his boys always had smiles on their faces. They always played with any other kids in their neighborhood or school and that they were good kids.

That's how he wants Ahmir and Gabriel to be remembered and is asking the community to pray for Ashtan that he'll pull through.