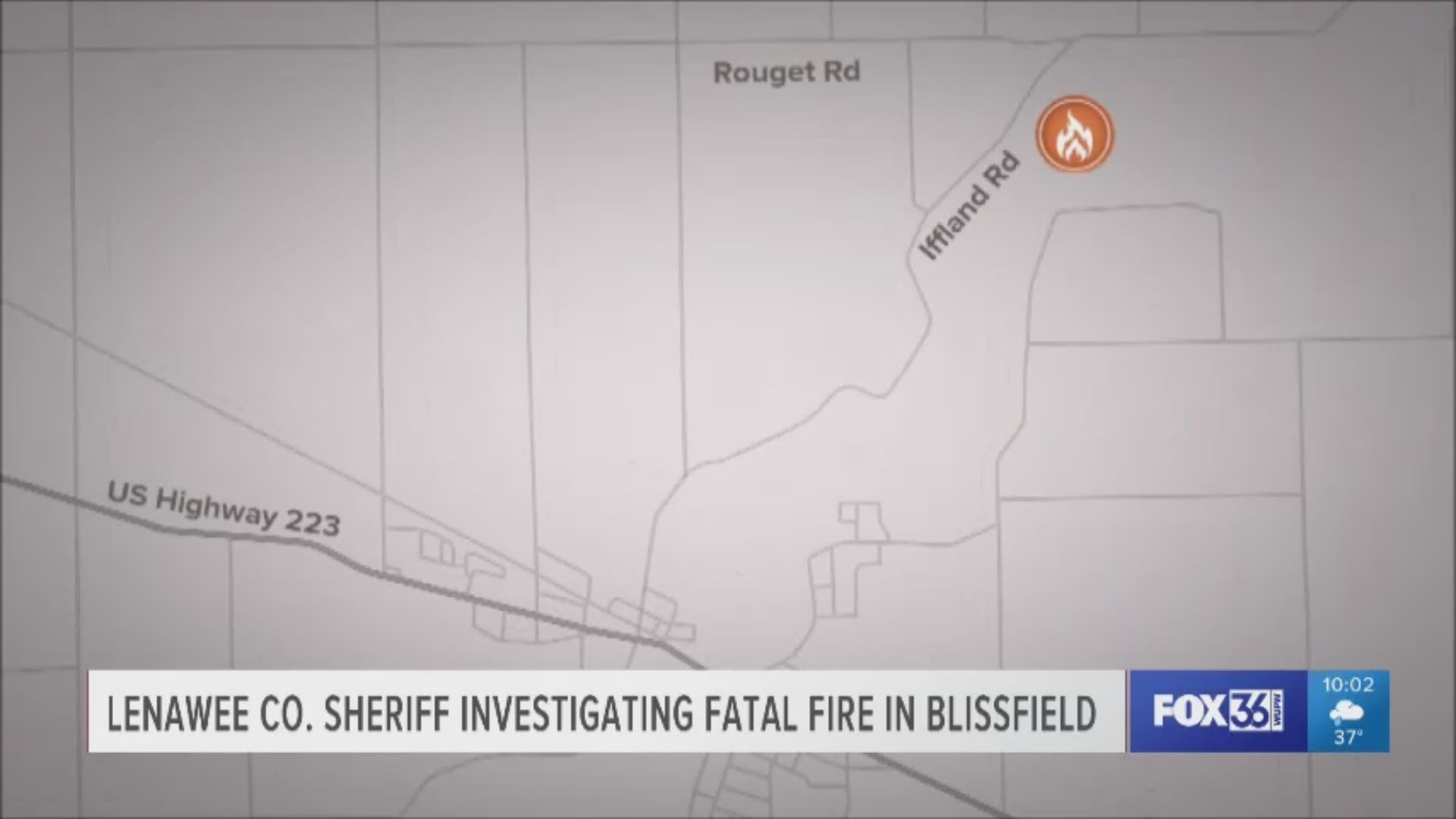 LENAWEE COUNTY, Mich. — A person is dead following a fire that broke out early Saturday morning in Blissfield Township, Mich., according to the Lenawee County Sheriff's Department.

Officers responded to the scene on the 4000 block of Iffland Road around 3:45 a.m. on a report of a house fire. When they arrived on the scene, the home was fully engulfed in flames, according to police.

Police say the owner of the residence, a 76-year-old man, was believed to be inside the home.

About two hours later, at 7:30 a.m., fire department officials located a "badly burned body while searching the home," according to the sheriff's office.

Lenawee County Sheriff's Office
Shop with a Cop 2019 was a huge success! Thank you to all the Deputi... es, Police Officer, Corrections Officers and others who showed up at Walmart today to help make a child's Christmas a little better! A big thank you also goes out to all of those who donated to make this possible!

Authorities are still investigating the incident in order to identify the body and discover what caused the fire.