The rivalry game is just a few short days away and fans are getting ready at a local sports shop dedicated to all things Buckeye and Wolverine. 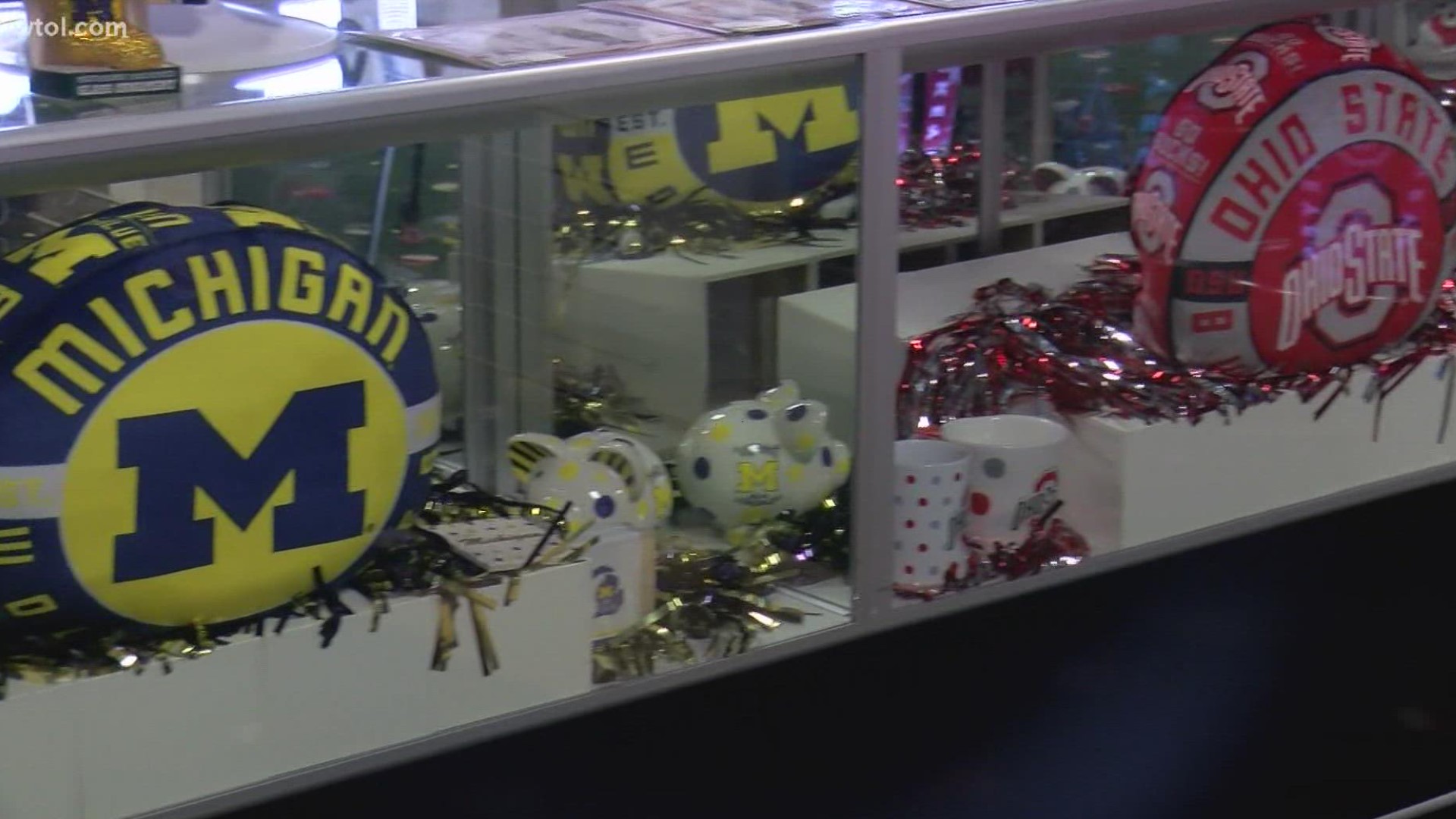 MAUMEE, Ohio — One of the biggest rivalries in all of sports is happening this weekend: the Ohio State/Michigan football game.

It's a rivalry that started in 1913, causing over a century of tension between co-workers, friends and even families. The infamous game is something that Midwesterners look forward to all football season long.

"People adjust their whole lifestyle towards this weekend," said Ohio State fan Rick Gardner. "I have a son that's coming in from California and we're going up to the game."

The co-owner of Buckeye Wolverine Shop in Maumee, Chris Mason, said this game is a tradition he'll never get tired of seeing.

"Families come in, they literally walk in the door, they cross over each other," he explained. "They're house divided and they're chirping at each other while they're shopping. It just gets pretty darn entertaining."

It's known as the "Toledo War." Both Ohio and Michigan claimed the 468-square mile region of land at the border years ago.

RELATED: THE GAME | Everything you need to know for Saturday's Ohio State-Michigan showdown

Although this war is in the past, some Michigan fans are still passionate with how they talk about the Buckeye state.

"Well I don't use that kind of language. I was taught better," joked Michigan fan John Weston. "That's a four-letter word and my parents taught me better than to use that type of language."

While others want the best for their friends' favorite colors. "We're pretty civil-minded about it," Gardner said. "We both like to see both teams good."

Mason said it's entertaining seeing fans battle it out on the floor. But it doesn't come without its challenges.

"It's crazy because a vendor might bring or get licensed with this product for Ohio State, but they don't have it for Michigan and people see it over there and say, 'hey, where's that?' And vice-versa," he said.

At the end of the day, everyone is rooting for a good game on Saturday, Nov. 27.

WTOL 11 will air a special pregame show from 10 a.m. to noon live from Ann Arbor, with the Wolverines taking on the Buckeyes after on FOX36.