Fulton Co. Fair limited this year to Jr. Fair only, but you can still get your fill with fair food 'to go'!

You can head over to the Fulton Co. Fairgrounds to grab some well-loved traditional bites to eat during "Fair Food to Go!" for the next few weeks, ending Aug. 16. 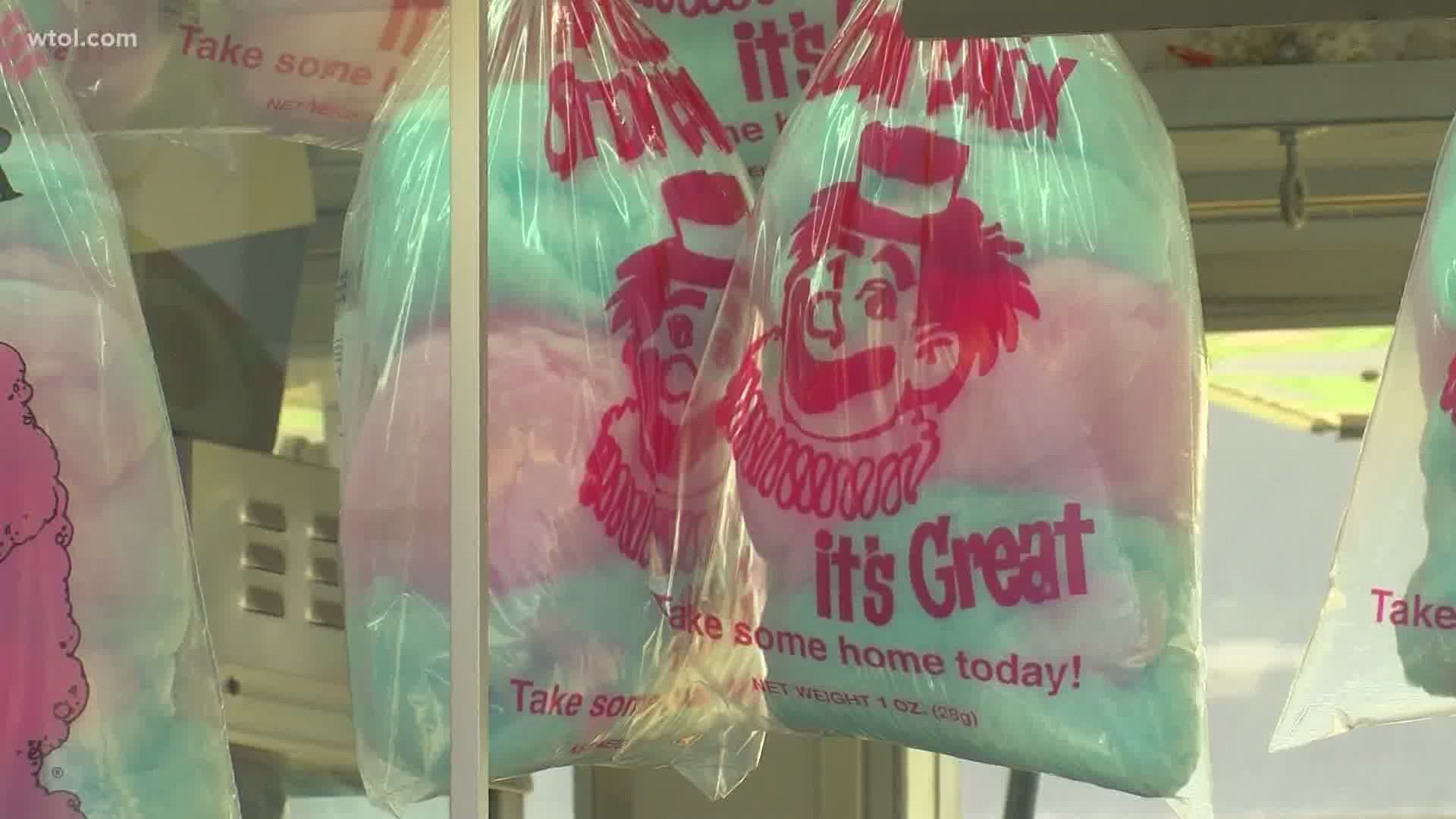 A successful first weekend of "Fair Food to Go!" has led to a change in hours. The event will now be held from 12 p.m. to 8 p.m. and this weekend promises a stuffed line-up of vendors.

But this year, the fair has been canceled due to the pandemic, with the fair board opting to hold the Junior Fair only from Sept. 4 to Sept. 10.

The Junior Fair will feature far more limited food vendors and carry restrictions on attendance to 4-H members with animal exhibitions and their immediate family as well as teachers and volunteers only.

It's a disappointment to some who prefer the more traditional fair experience.

"I wanted to ride the rides because that's what I like doing at the fair the most," said one visitor to the fairgrounds on Saturday.

"It's really crazy to think there isn't gonna be anything going on. Yeah, it's gonna be weird I think for the community,” said visitors Victoria Rios and Olivia Hartricks.

Weird indeed, but that is not stopping food vendors from sharing a little bit of fun this fair season.

The senior fair itself may be canceled but you can still come and get all fair food favorites. Visitors can head over to the fairgrounds to grab a bite to eat for the next few weeks, in a take-out only manner.

Everyone has their favorite fair food.

"The firewood pizza and the island noodles. So it's like, great that we get to still experience that this weekend. Mine definitely has to be the funnel cakes and a lemonade," said Victoria Rios and Olivia Hartricks.

And of course, one of the oldest vendors on the fairgrounds is also undeniably one of the most popular: the milkshake stand.

"I started working here probably when I was five. I was not a leader at that point. I was probably just moving cups and getting in the way but I've been part of this for a long time,” said Jill Crossgrove Murillo, leader at the milkshake stand.

This stand has been running for more than 20 years. Although those working here say it's not the same without family and a large crowd of people, they're making the best out of the situation.

"It's not the fair, but it's an opportunity to still get to see a few people, get some food. That's the best that we can do for now in light of how things are,” said Murillo.

The Fulton County Fairgrounds is located in Wauseon and "Fair Food To Go!" is free to enter. Masks are required per state order and food cannot be eaten on site. For a full list of vendors and protocols, follow the link here.

Unfortunately, the famous donut stand isn't included on the list, so you'll just have to order double next year.