Owner Steve Elzinga said his crop didn't suffer from a snowstorm late in the Spring. 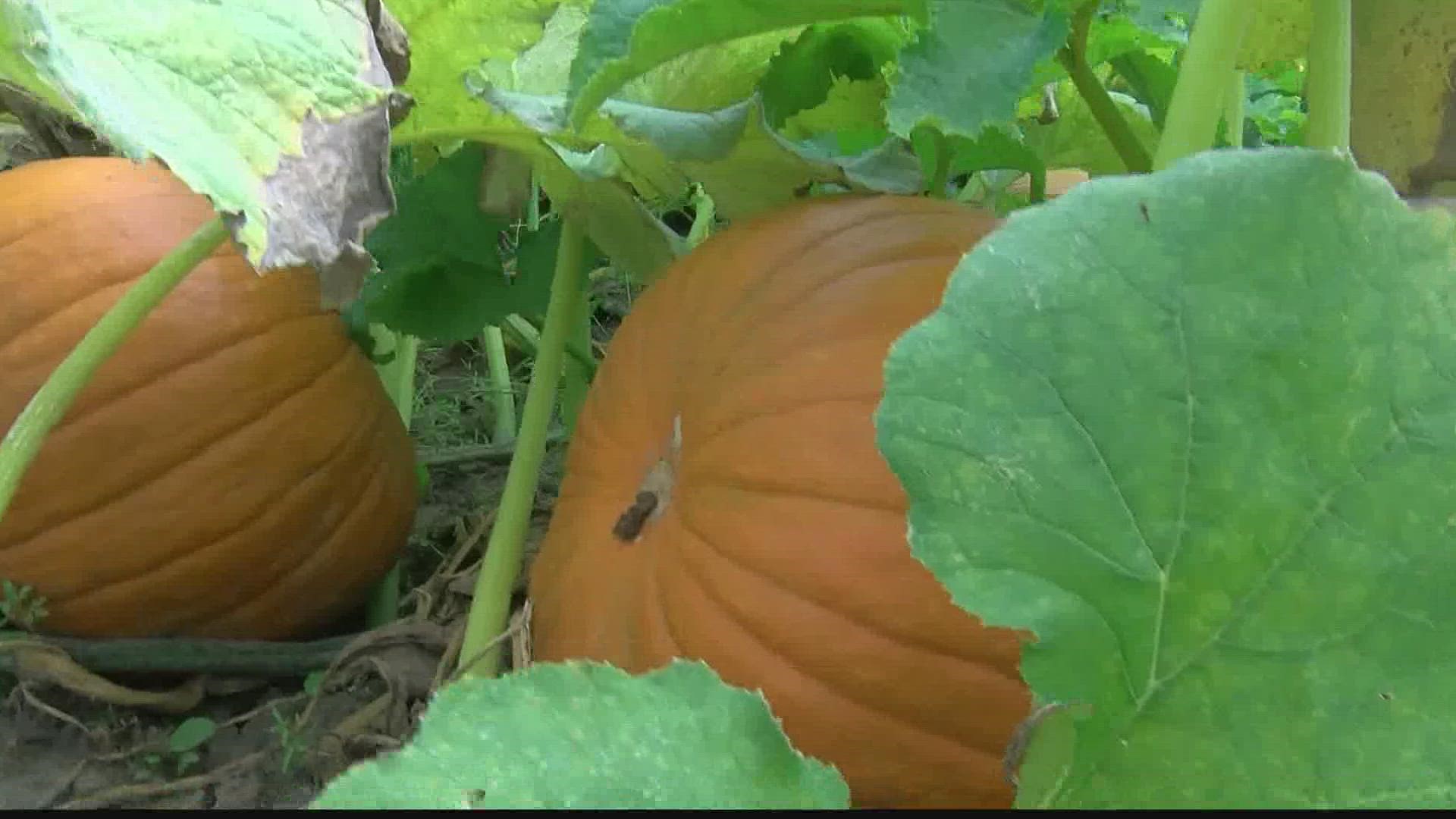 ERIE, Mich. — Now that it's September, local orchards and cider mills are gearing up for what are typically two busy months.

Heather Campbell now lives in Grand Rapids, but she grew up in Erie, Michigan and still has family there. She visited Erie Orchards & Cider Mill numerous times as a child and wanted to pass the Fall tradition down to her young children.

"Getting some apples and some peaches and some cider. And some, wait, what's the other thing we got that's really yummy?" Campbell asked her six-year-old son, Graham.

It's the 45th season for Erie Orchards & Cider Mill. Steve Elzinga, the owner, said last year was the biggest year the orchard has ever had, even with the coronavirus pandemic.

"I think people just wanted to get out outside. You could come here and be out in the open air," Elzinga said.

He said his crop thankfully didn't suffer from a snowstorm late in the Spring.

All of the usual activities are returning this season including u-pick apples, the corn maze, pumpkin picking, pony and hayrides.

School field trips were almost entirely canceled last year because of the pandemic. They're back on again this year but in a limited capacity.

The Campbell family stayed home more last year so they're excited for some Fall outdoor activities.

"It's a lot more fun. Getting out and about and being able to do things and getting masks off," Campbell said.

The apple festival is on September 11th and 12th.