"This is probably one of the most important performances we do all year," said Megan Hayes, Elmwood's band director. 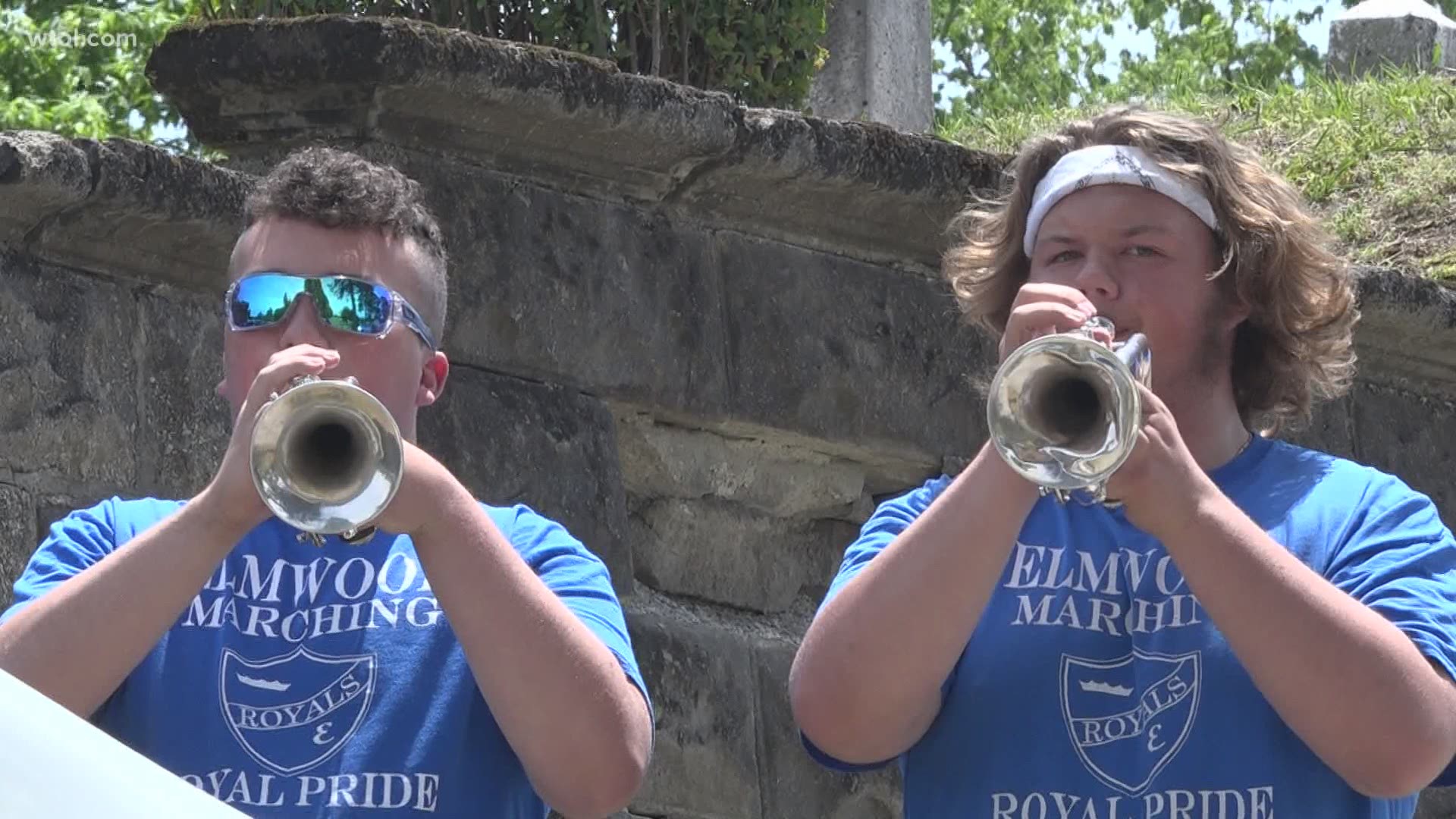 WAYNE, Ohio — On this Memorial Day people far and wide gathered to remember our fallen service members, including a group of high schoolers who provided the soundtrack to a somber observation.

"This is probably one of the most important performances we do all year," said Megan Hayes, the band director at Elmwood High School.

Among the fallen at Graham Cemetery in the village of Wayne are the colors many of those buried here once wore proudly.

In their absence, a new generation provided the delicate undertone to honor them.

"To see our youth involved, practicing and rehearsing... it's undeniable," Wayne mayor Craig Everett said. "You can't thank them enough."

The Elmwood High School band performed Monday for dozens in the present and many more of our past. It's a lesson far more valuable than one from a textbook, Hayes said.

"I find the somberness and respectfulness that our band can portray and that we can share in this observance to be of utmost importance to me," she said.

"I am so happy that everyone here can be respectful and do what they need to do to be out here and perform with us for this very important day," said Solanna Riddle, a rising senior at Elmwood.

Many in the Elmwood school district have family who have served, and many graduates choose to enlist themselves.

It's what makes Memorial Day -- and a particular 24 notes -- so special for students like Mason Crum.

"I've played Taps at one of my friend's funerals so that also means a whole lot to me," Crum said.

It was a solemn observance for young people that Hayes hopes will inspire service of some sort.

"Serve our country, get out there and be in our military, it's important," she said. "Our safety and our lives, our livelihoods and everything that we want to be in the United States of America depends on it, and I think it's important for my students to see that."

If you took part in Taps Across America Monday, you can submit a video of your performance to CBS News for its annual Memorial Day special.