The man and his dog were able to make it out of the home safely after the dog woke up the man, alerting him to the fire. 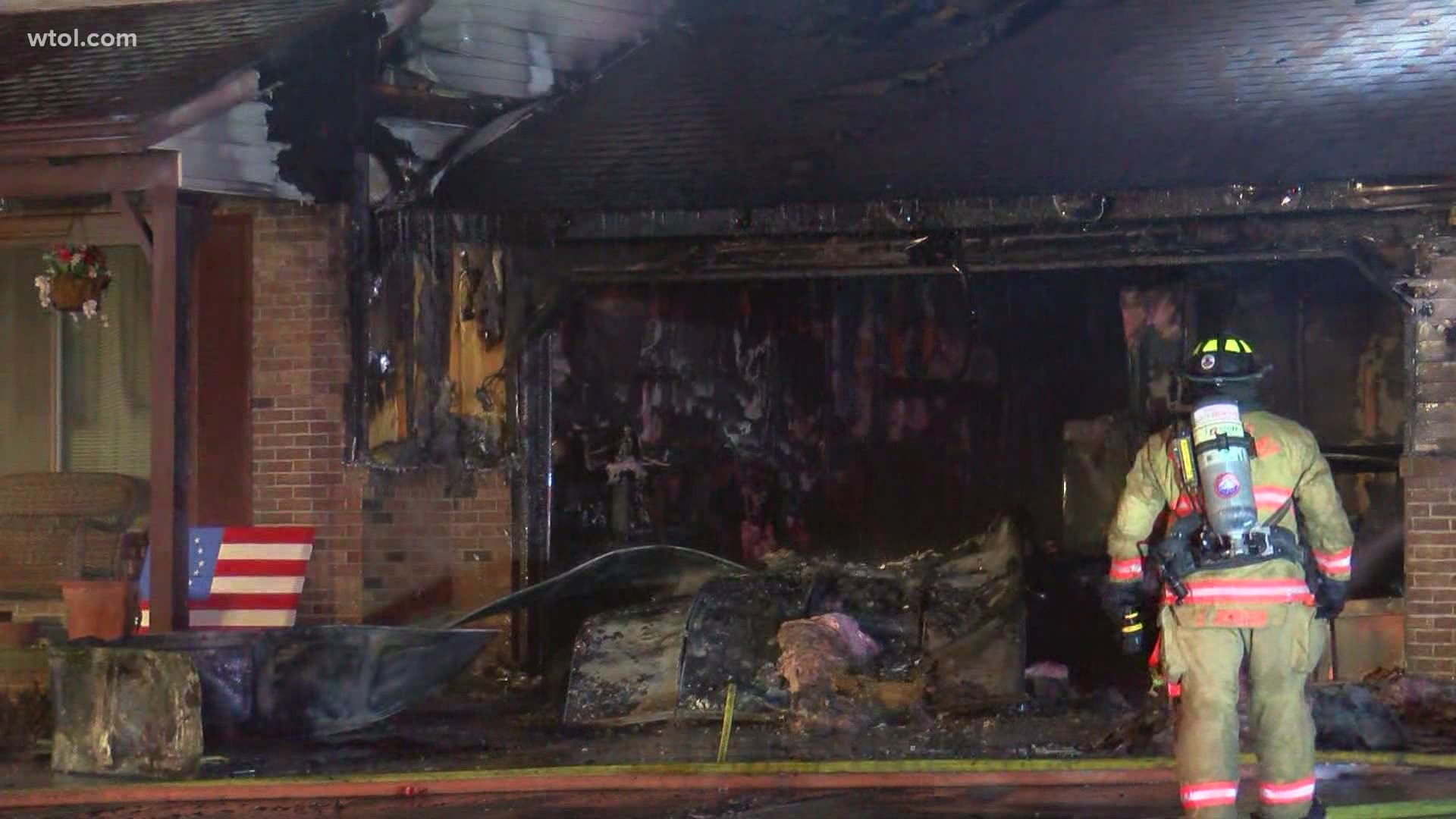 WOOD COUNTY, Ohio — A man and his dog were able to escape safely from a house fire at the man's home in Wood County.

The fire happened around 5 a.m. at a two-story home on the 2800 block of Abbey Rd. in Millbury.

BREAKING: Fire crews in Wood county are working to put out a fire on Abbey Rd in Millbury. Dispatch confirms only one man was inside at the time, he called 911. Live on @WTOL11Toledo now⬇️⬇️ pic.twitter.com/7ykfIlVEad

Dispatchers say only one elderly man was inside at the time and he called 911. The man's dog woke him up and alerted him to the fire. Both the man and the dog were able to make it out of the home safely.

RIGHT NOW: Firefighters are on scene in Millbury⬇️

Firefighters believe the fire started in the garage and are doing a secondary search of the home to put out hotspots. It is currently dangerous for them to search the top floor of the home.

The cause of the fire is unknown at this time.

Lake Township, Allen-Clay Township and Northwood Township fire departments are all at the scene.

This is a developing story. Stay with WTOL for details.