Drew Carey donates $5,000 to Ohio camp after tweet asks him for help amid COVID-19 pandemic

Carey, a Cleveland native, worked at the Summit County camp in the late 1970s. 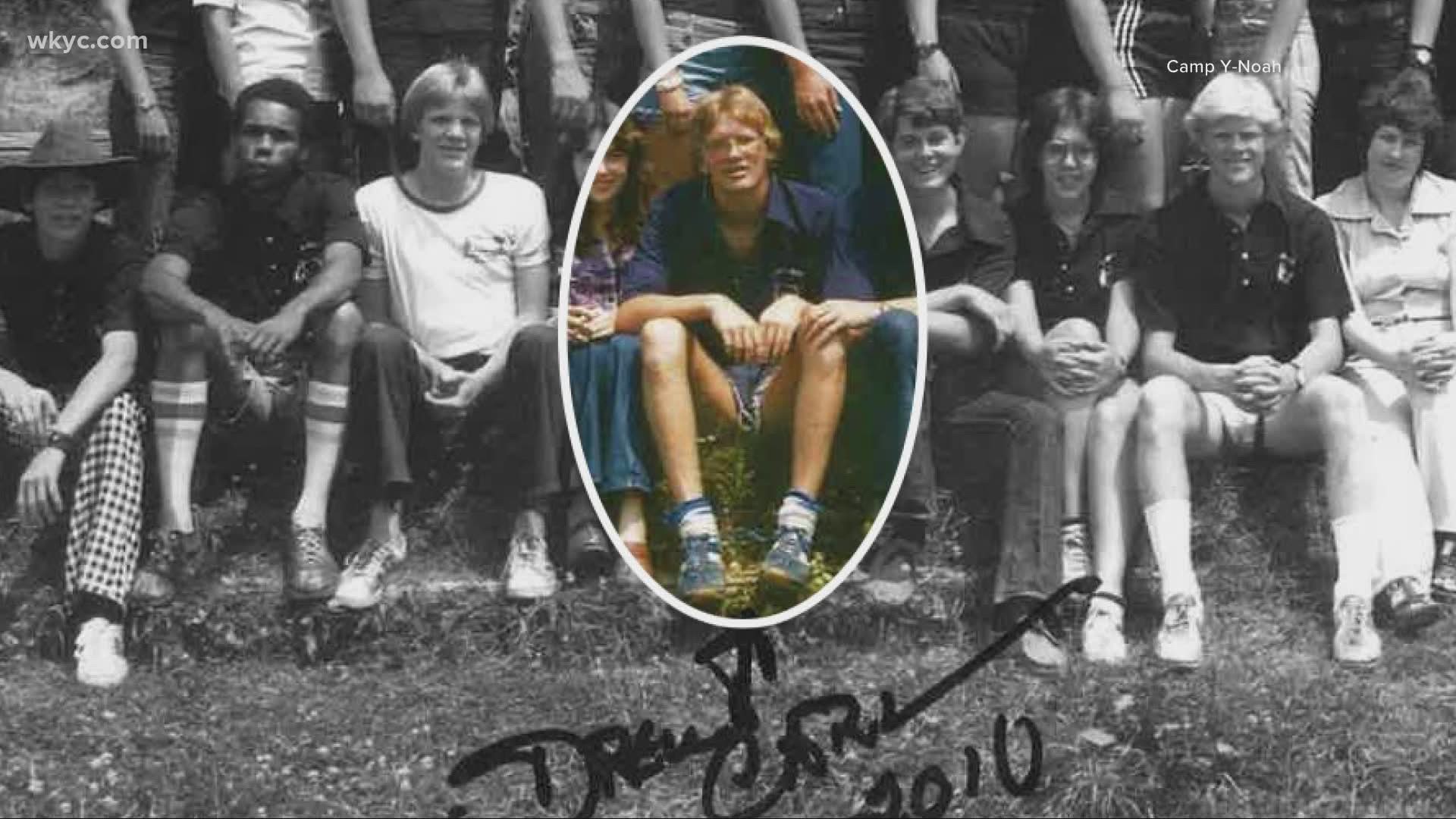 GREEN, Ohio — Camp Y-Noah is getting some love from Ohio’s own Drew Carey.

The Cleveland native turned to Twitter on Saturday announcing his plan to donate some money to the Summit County camp while asking his 591,000 followers to do the same.

“I’m about to donate to this cause,” Carey tweeted. “It’s to help a summer camp I worked at in the late 70s. If you can, please join me.”

The Price is Right host got involved as Camp Y-Noah launched a fundraising campaign just days earlier to offset the financial impact caused by the COVID-19 pandemic. One camp official tells 3News that Carey’s attention has ignited an uptick in donations.

You can get involved and donate to Camp Y-Noah's cause HERE.

“What we can see from the replies to Drew's tweet, we have several people who had no previous ties to camp that have donated because of his tweet,” said Alexis King, the digital media and communications coordinator for Camp Y-Noah. “There was also a Camp Y-Noah alum who matched Drew's original donation. We kicked off this donation campaign on Monday and are at around $15,000 total, largely thanks to Mr. Carey!”

It’s Carey’s history with Camp Y-Noah that sparked the idea to tweet him their campaign video asking him for help.

Credit: Camp Y-Noah
Drew Carey autographed this photo from 1978 that shows his time at Camp Y-Noah.

“I knew that he had worked at Camp Y-Noah as a counselor back in the 70s, and, as a former camp counselor myself, knew the impact working here must have had on him,” King tells 3News. “He had not donated in the past, so we didn't have any means of contacting him, so I took to Twitter! I tweeted him a couple of times this past week, and so did a couple of my friends. I wasn't expecting an answer -- I was fully prepared to spend every day this month shooting him a tweet about camp and never hearing back! I was shocked to check my Twitter notifications today [Saturday] to see that he had not only quoted my tweet, but also donated himself and shared the link out to his almost 600 thousand followers!”

She said it was an “insane” moment to get Carey’s attention.

“I couldn't believe it. Camp means so much to me and the impact Camp Y-Noah has on all that have joined us around the campfire over the last 90 years is immeasurable. To know that someone like Drew Carey, after all these years, still believes in the magic of camp enough to contribute financially and share our message means the absolute world. We are so thankful for his support and we hope that it helps rally more people around the cause!”

In their campaign video, Camp Y-Noah's director said their team was forced to make "extreme financial decisions" this year due to the coronavirus pandemic.