Dozens of couples get hitched this Valentine's Day at courthouse tradition 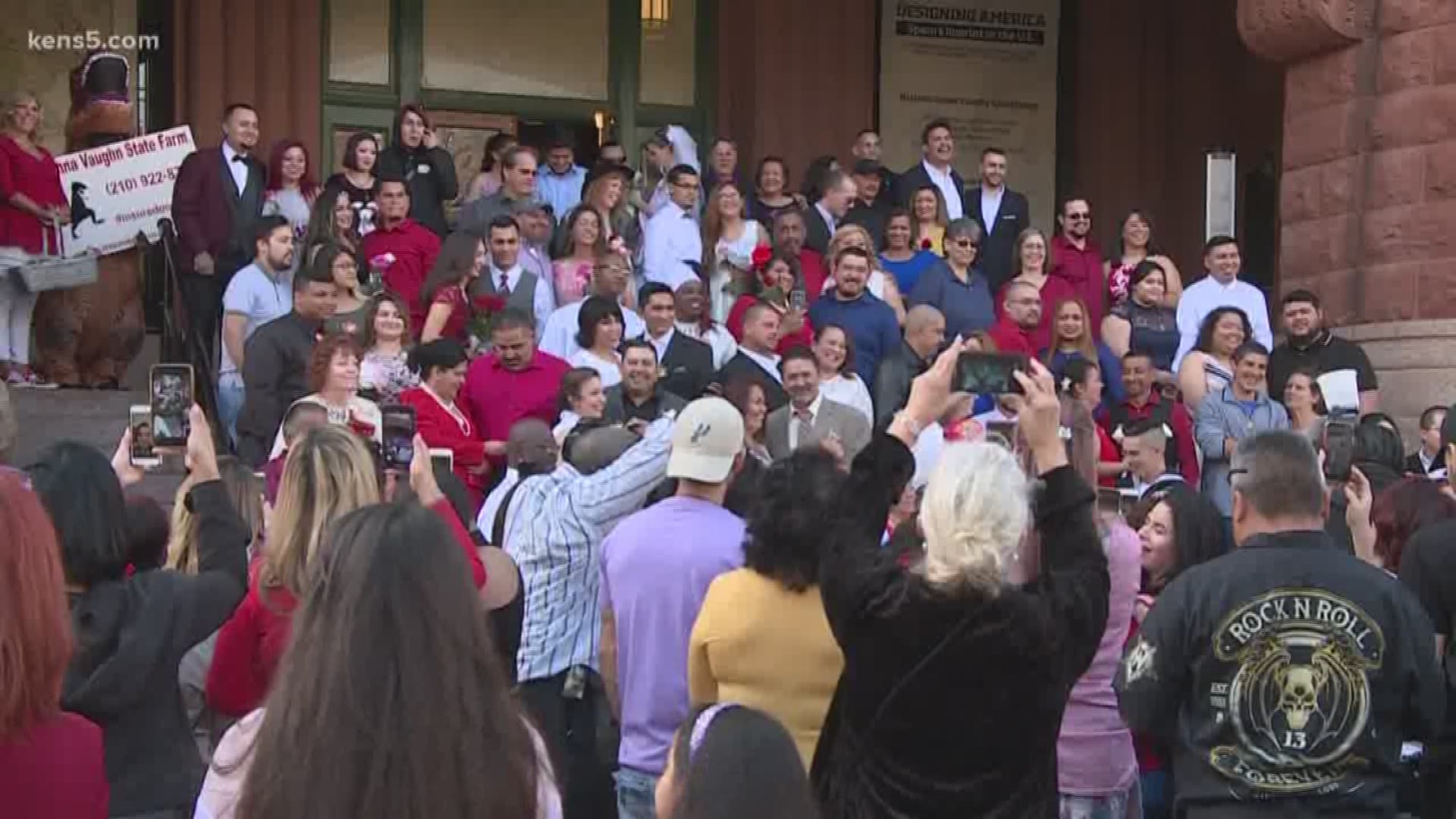 SAN ANTONIO — Dozens of couples feeling the love took to the Bexar County Courthouse steps for the annual free Valentine's Day marriage ceremonies. The weather couldn't have been better for the event held every February 14.

This is the 30th year the County is holding the free ceremonies on the courthouse steps. They had about 150 couples tie the knot this Valentine's Day.

"It's been beautiful to see everybody on those steps, especially at this historical courthouse," said Lucy Adame-Clark, who is the first female County Clerk - and Latina County Clerk - to perform the marriage ceremonies, with three dozen married during a ceremony at noon. She added, "It's an honor - especially being from San Antonio, Texas - it's an honor."

One of those couples was Hugo and Amber, who met 17 years ago. They told us, "It was spontaneous. We were just talking about it and we were like, hey we have three kids, so we were basically married already?!"

They joined all the other Hispanic, Caucasian, straight, and gay couples who tied the knot this afternoon. The Honorable Rosie Speedlin Gonzalez presided over the ceremonies and said, "We have one of the most, if not the most diverse, populations in the whole country, and we set trends. The whole country looks to us. As San Antonio goes, so goes the state - so goes the country."

If you feel the love and want to get married, all you have to do is come to the courthouse and pay $81 to get a marriage license; 72 hours later, you are free to get hitched.