After initially announcing the display would be canceled for 2021, city leaders changed course and decided the fireworks would be back on. 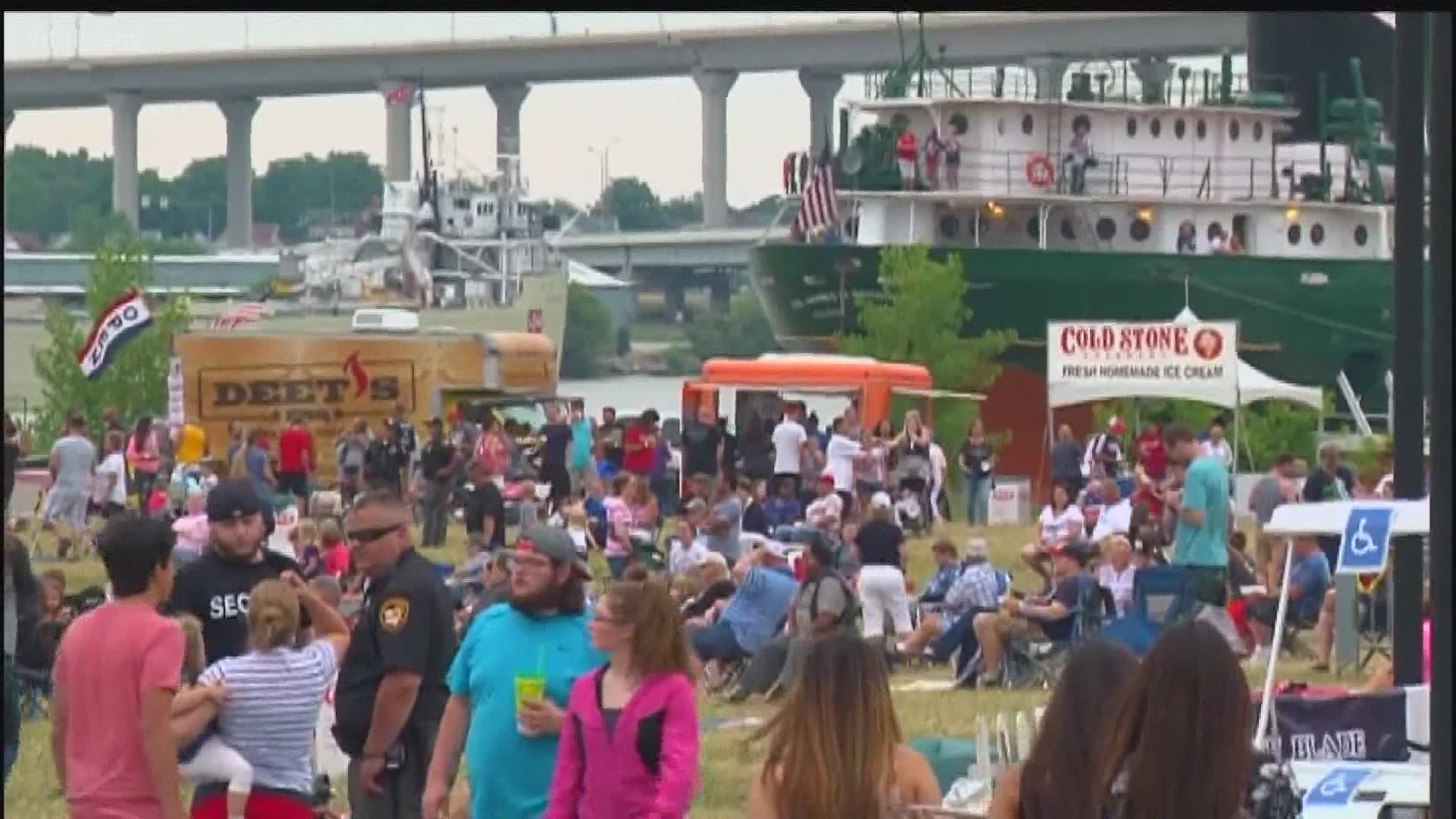 TOLEDO, Ohio — After announcing earlier this month Fourth of July fireworks would not be happening this year, the city of Toledo has changed course, with leaders saying they're back on.

Mayor Wade Kapszukiewicz said the COVID-19 pandemic has caused a lot of strange situations over the last year and this is just another one of them.

Kapszukiewicz said the initial decision wasn't due to a lack of money, desire or anything to do with health restrictions. The city originally canceled the fireworks because the vendor it's been using for years could not put on the show due to supply chain issues beginning in China and caused by the pandemic.

He said bigger cities like Columbus are having the same problem and other smaller, local communities don't put on as big of a show.

After announcing Toledo would not be having a fireworks show this year, the mayor said several other vendors reached out.

"One of his competitors was Johnny-on-the-spot and reached out to us and said, 'I can do it and I already own the fireworks so I don't have to worry about the supply chain delays,'" Kapszukiewicz said.

City leaders reportedly did try looking for other vendors from the start, however, they couldn't find anyone who could commit to making it work.

If you're wondering what happened to the city's budget for last year's canceled fireworks, the mayor said that money was transferred into the city's general fund and was used to help negate the impacts of COVID-19

Fireworks are set to begin around 10 p.m. from International Park. Promenade Park, Glass City Metropark, Middlegrounds Metropark and East Toledo will offer some of the best views.

Spectators are advised to arrive by 9 p.m. at the latest.