2 firefighters were transported to the hospital with heat exhaustion during the blaze. 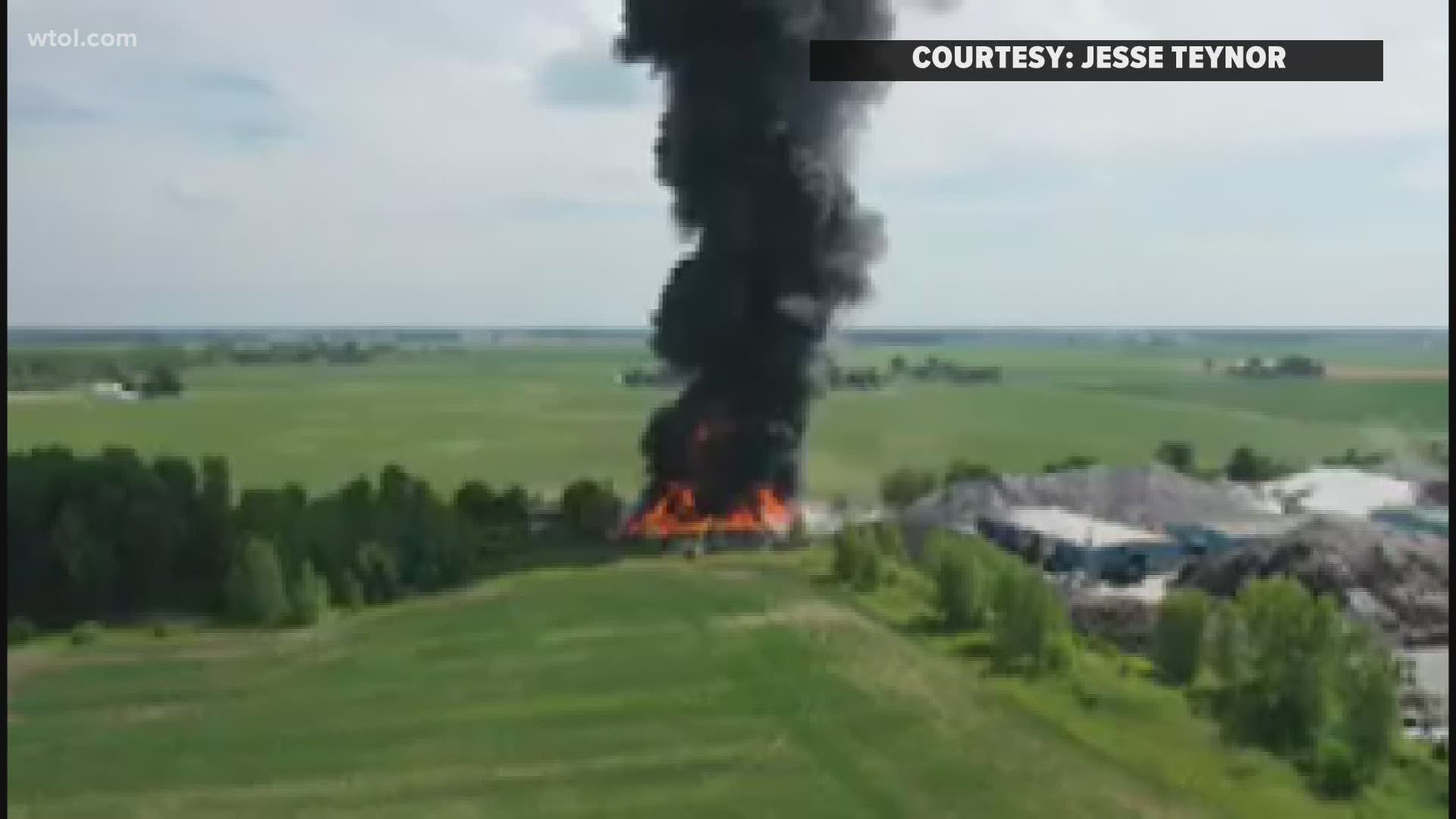 According to a post made by the Wyandot Couny Sheriff's Office, multiple Wyandot Co. fire departments responded to the scene.

Wyandot Co. Sheriff Mike Hetzel told WTOL on the scene that 7 departments from across the county responded to the fire. Upper Sandusky, Wharton, Carey, Sycamore, Wyandot East, Pitt Township and Marseilles combined to put out the flames.

Two firefighters were transported to the hospital with heat exhaustion, according to officials on scene. Both are expected to be okay.

The smoke plume from the fire could be seen from Findlay, 30 miles away.

The cause of the fire is under investigation and currently unknown. No buildings were damaged nor were any employees injured. 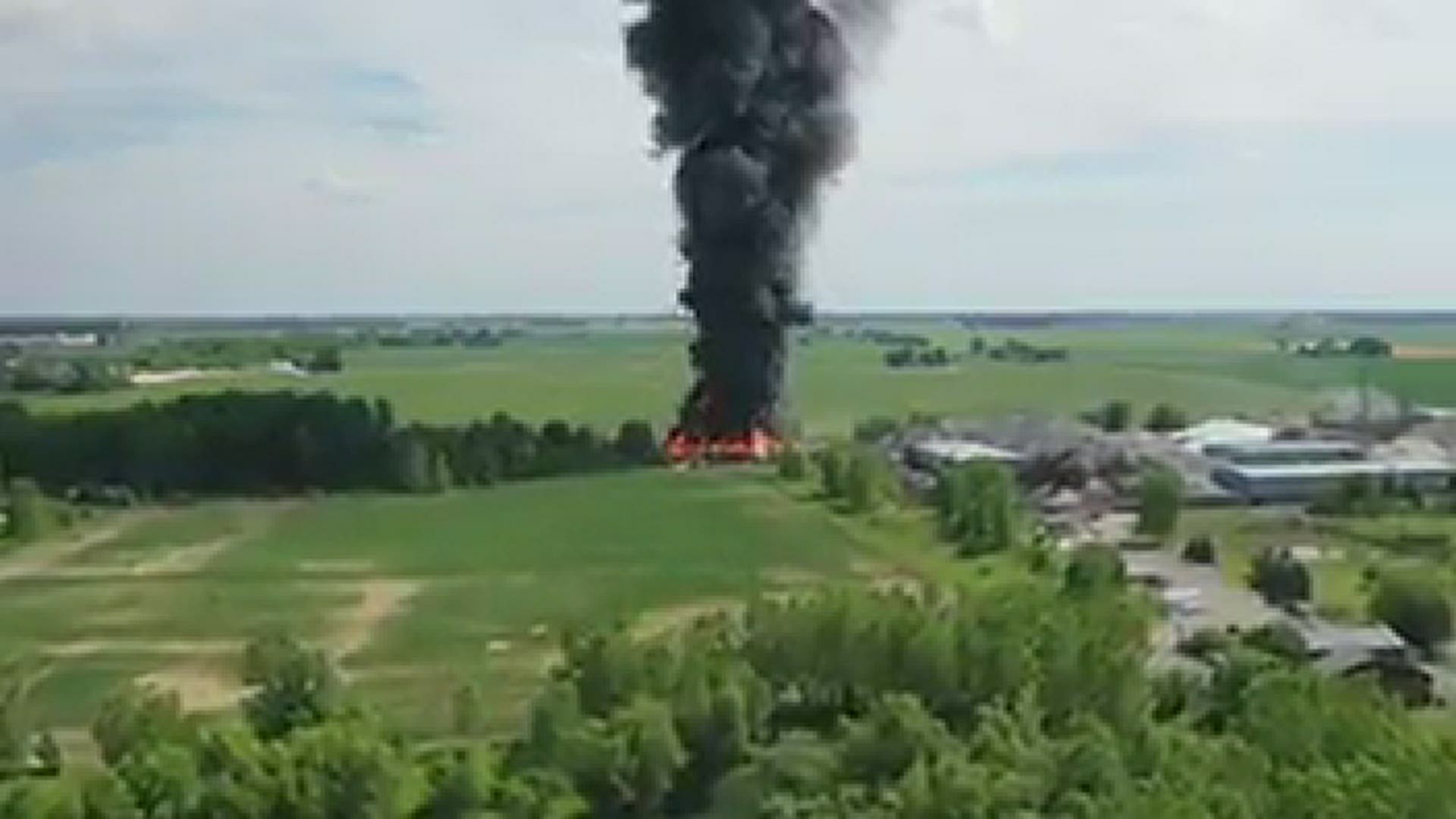