The night is full of Disney magic with themed drink specials and movie screenings of "Tarzan" and "The Little Mermaid." 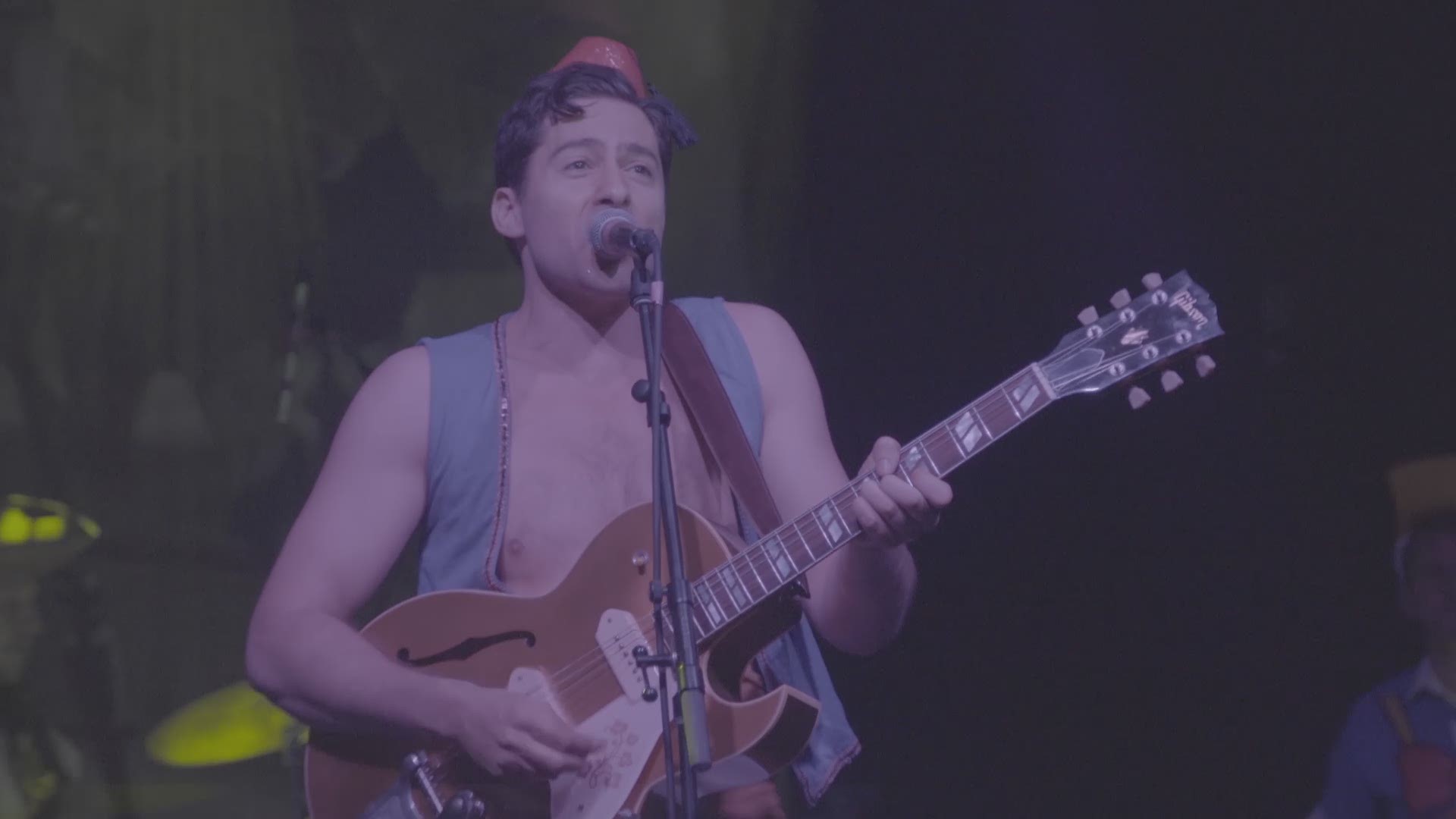 TOLEDO, Ohio — Your favorite Disney classics are getting a makeover this weekend — in the form of eyeliner and electric guitars.

The Ultimate Disney Cover Band, "The Little Mermen," will be making musical magic at Ottawa Tavern in downtown Toledo Saturday night. Playing covers of all the classic Disney tunes (in costume of course), the rock band amps up the energy —and nostalgia — of a night out on the town.

While their music reminds us of simpler times, a show with "The Little Mermen" seems anything but. It is not just a performance, but a full production, complete with clips of your favorite films and inflatables that bounce through the crowd.

The New York City band was started by singer-songwriter Alexis Babini. The idea is to bring back that Disney fandom and those iconic singalongs to the folks who just never "let it go".

Saturday's show kicks off with a viewing of "Tarzan" along with a list of on-theme drink specials, including things like "Elsa's Frostini" and "Maleficent's Dragon Fire."

Next on the agenda, local kids' band "The Wanna Bees" will hit the stage. Described as "Toledo's version of 'The Wiggles,'" they set the pace, taking on a more youthful feel than what the venue generally takes on. After the Wanna Bees beguile us with their originals, the The Little Mermen take over with the classics.

The Ultimate Disney Cover Band - The Little Mermen at OT 10/12
Music event in Toledo, OH by Innovation Concerts and 2 others on Saturday, October 12 2019 with 106 people interested and 30 people going.

The evening wraps up with a screening of — you guessed it — "The Little Mermaid." Could they really show anything else?

The first movie gets going at 6 p.m. and themed cocktails will last all night long. Doors for the concert open at 8 p.m. The show is open to all ages. Tickets cost $13 in advance, $15 day of and $18 if you are under 21. You can buy them online or at the door.