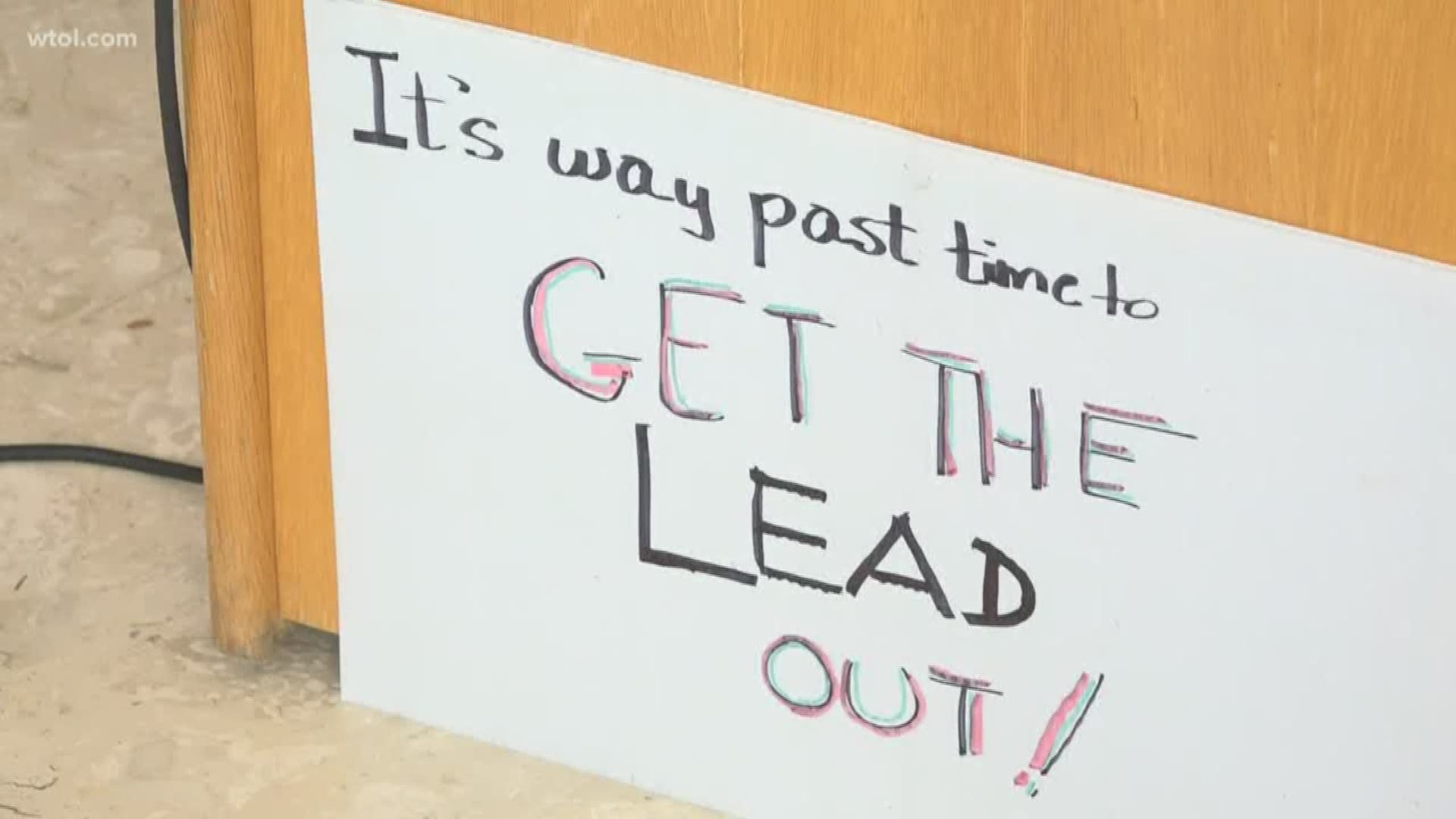 TOLEDO, Ohio — Dozens of Toledo leaders and community activists sounded the alarm on lead poisoning Tuesday afternoon in a press conference at One Government Center.

Statistics show upwards of 3,500 kids currently in the Glass City have been poisoned.

Leaders are pushing for a new ordinance protecting children against lead poisoning. The numbers are staggering: somewhere between 45,000 and 60,000 homes in Toledo contain lead paint.

In 2016, Toledo City Council passed an ordinance mandating inspections for rental properties built before 1978. But that was struck down as unconstitutional and discriminatory by a county judge.

However, the issue of lead-based paint poisoning is still present in Toledo and across Ohio.

"We want the community to know that we're gonna fight for this," said NAACP Toledo president Ray Wood, who is one of those leading the charge on new legislation. "And we're not saying that the mayor or city council or the health department is not doing what they should do; we just don't think it's as urgent a matter as it really is."

This push comes in the midst of National Lead Poisoning Prevention Week, which is being observed across the country.

Gov. Mike DeWine is also making a push to protect folks from just that.

The governor's brand new Lead Advisory Committee met for the first time Tuesday. The committee was established about a month ago.

DeWine and members of this committee - which includes doctors, housing and construction professionals and elected leaders - toured Marshall STEMM Academy in south Toledo.

After the 30-minute tour, they hosted a roundtable discussion to try and come up with ways the state can help individual communities battle this lead problem, which targets everyone but especially puts kids in harm's way.

"When you have children who are exposed to lead paint, this could be a permanent drop in IQ, it can be a permanent challenge for them for the rest of their lives," DeWine said. "It's not that they don't have a future but many times they're not going to be able to live up to the future that they would have had if they had not been exposed to the lead paint."

The governor said his lead advisory committee will meet monthly and he hopes to start distributing funding to communities to get rid of the toxic danger.