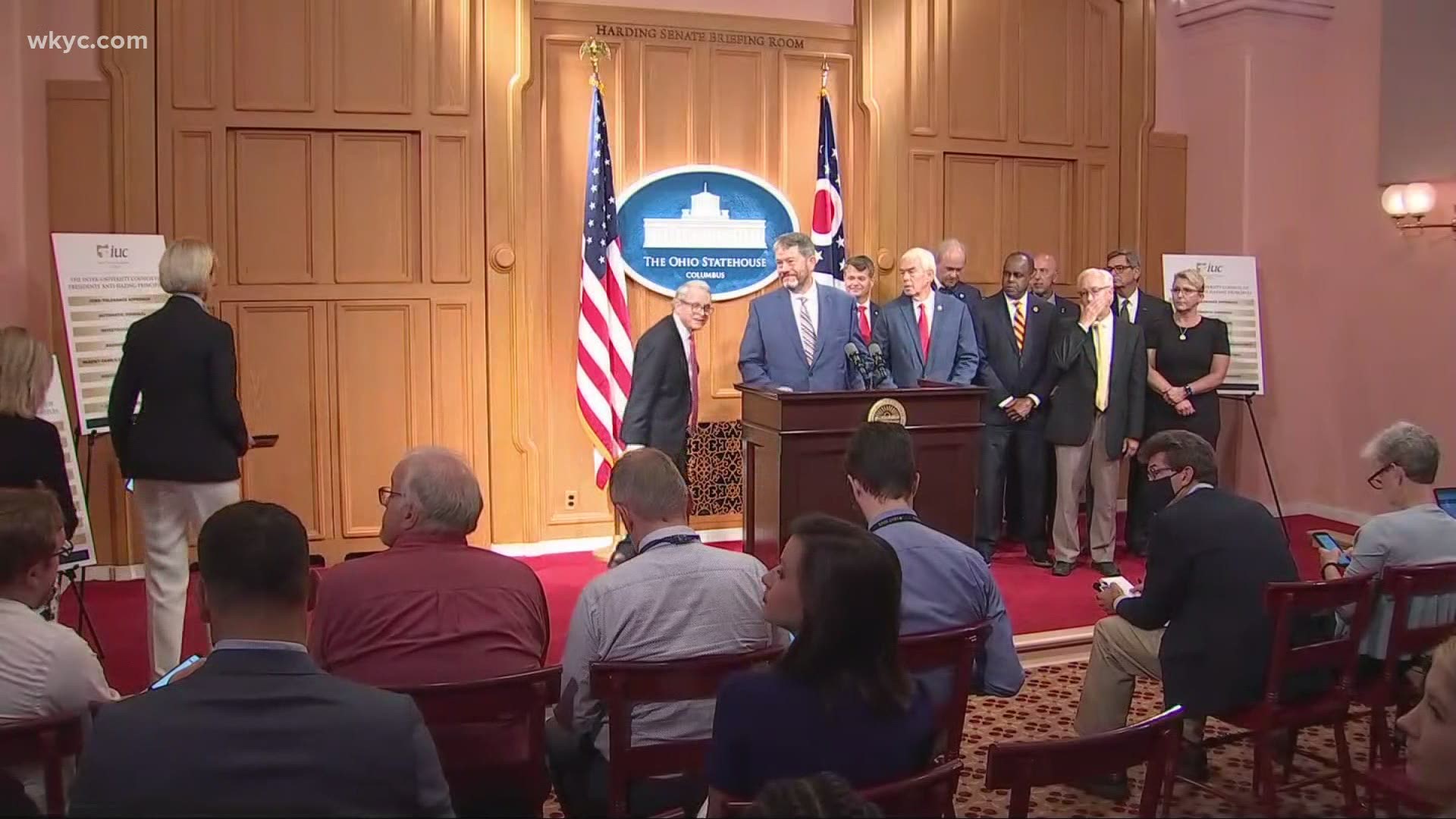 COLUMBUS, Ohio — Editor's note: the video in the player above is from a previous story.

Ohio Governor Mike DeWine spoke at an Inter-University Council of Ohio Council of Presidents press conference at the Ohio Statehouse on Monday, to announce "a new initiative demonstrating Ohio public universities’ commitment to zero-tolerance for hazing."

The press conference can be re-watched in the video player above.

DeWine's announcement comes just weeks after he signed into effect "Collin's Law," an anti-hazing bill named after former Ohio University student Collin Wiant, who died in a hazing incident in 2018. As outlined by DeWine, "Collin's Law" enacts the following: