Demonstrators push for 'Medicare for All' at west Toledo rally

Rallygoers say a single-payer healthcare system would save over $400 billion in administrative costs every year, allowing everyone in the country to be covered. 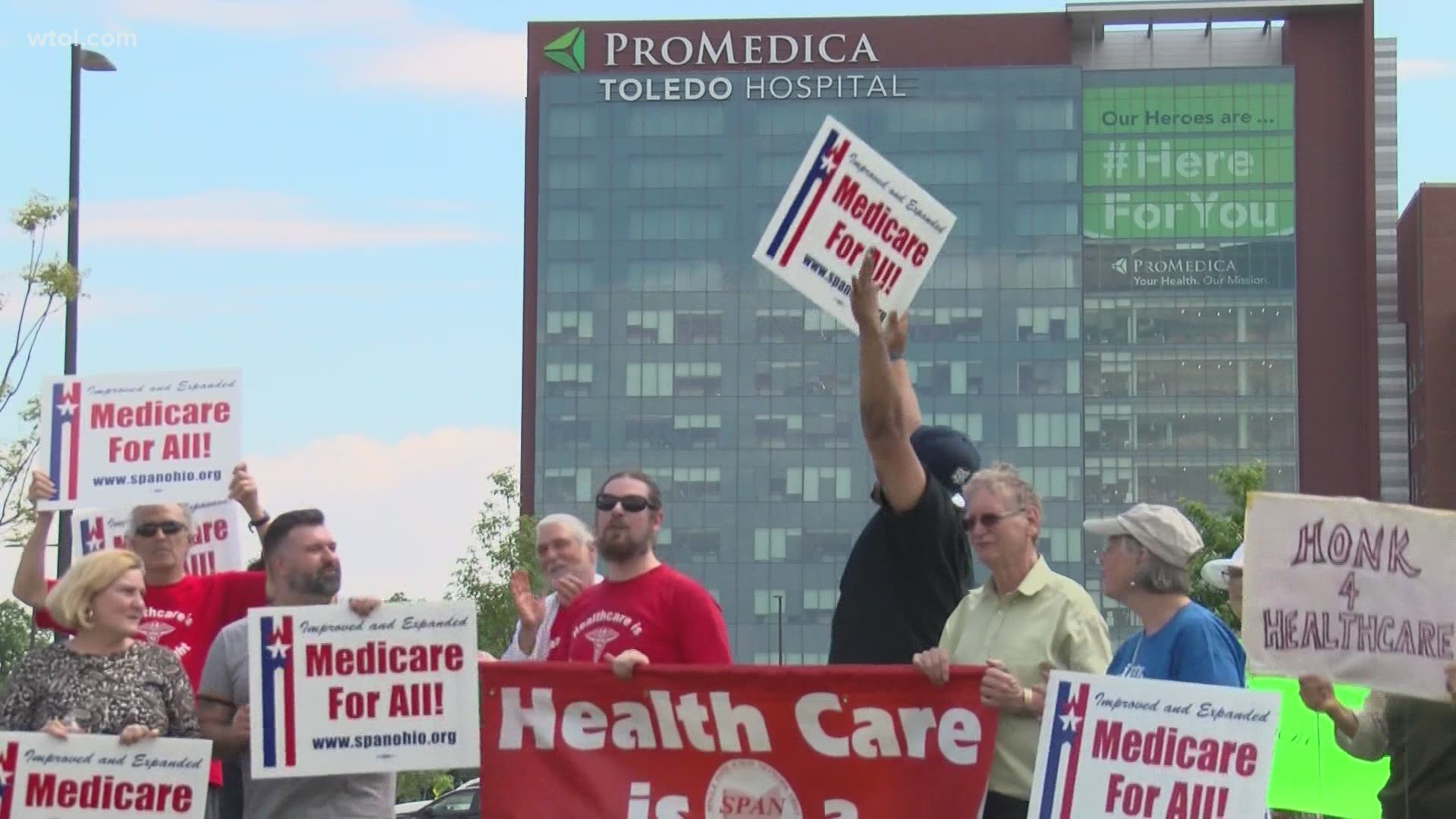 That was the chant outside of ProMedica Toledo Hospital in west Toledo on Saturday as demonstrators advocated for the adoption of single-payer healthcare in the country.

Typically, in a single-payer healthcare system, there is one government-run insurance carrier that covers everyone in the country regardless of their ability to pay.

Rallygoers marching along Monroe Street chanted and carried signs to show support for and demand hearings on “Medicare for All” which they say would save over $400 billion every in administrative waste according to the Congressional Budget Office.

‘The Medicare for All Act of 2021’ was introduced in March in the House of Representatives and has over 110 cosponsors, all Democrats.

Marcy Kaptur, who represents parts of Toledo and other areas of northern Ohio, stretching to Cleveland, is not listed as a cosponsor of the legislation.

"We're looking at bigger broader picture of making sure that dental, vision, and regular checks are all part of Medicare. It shouldn't cause bankruptcy. It shouldn't cause stress about the cost of going to see a doctor," said Dennis Slotnick, Region 2 coordinator of the Single-Payer Action Network Ohio.

‘Medicare for All’, was originally popularized during Vermont Senator Bernie Sander’s presidential campaigns.

The demonstration was organized by Single-Payer Action Network Ohio, a non-profit coalition that advocates for fundamental reform of the health insurance system.