In Defiance, Austin Carr is a teacher and a coach for the Bulldogs. Master Sgt. Carr has been in Kabul assisting evacuees since mid-August. 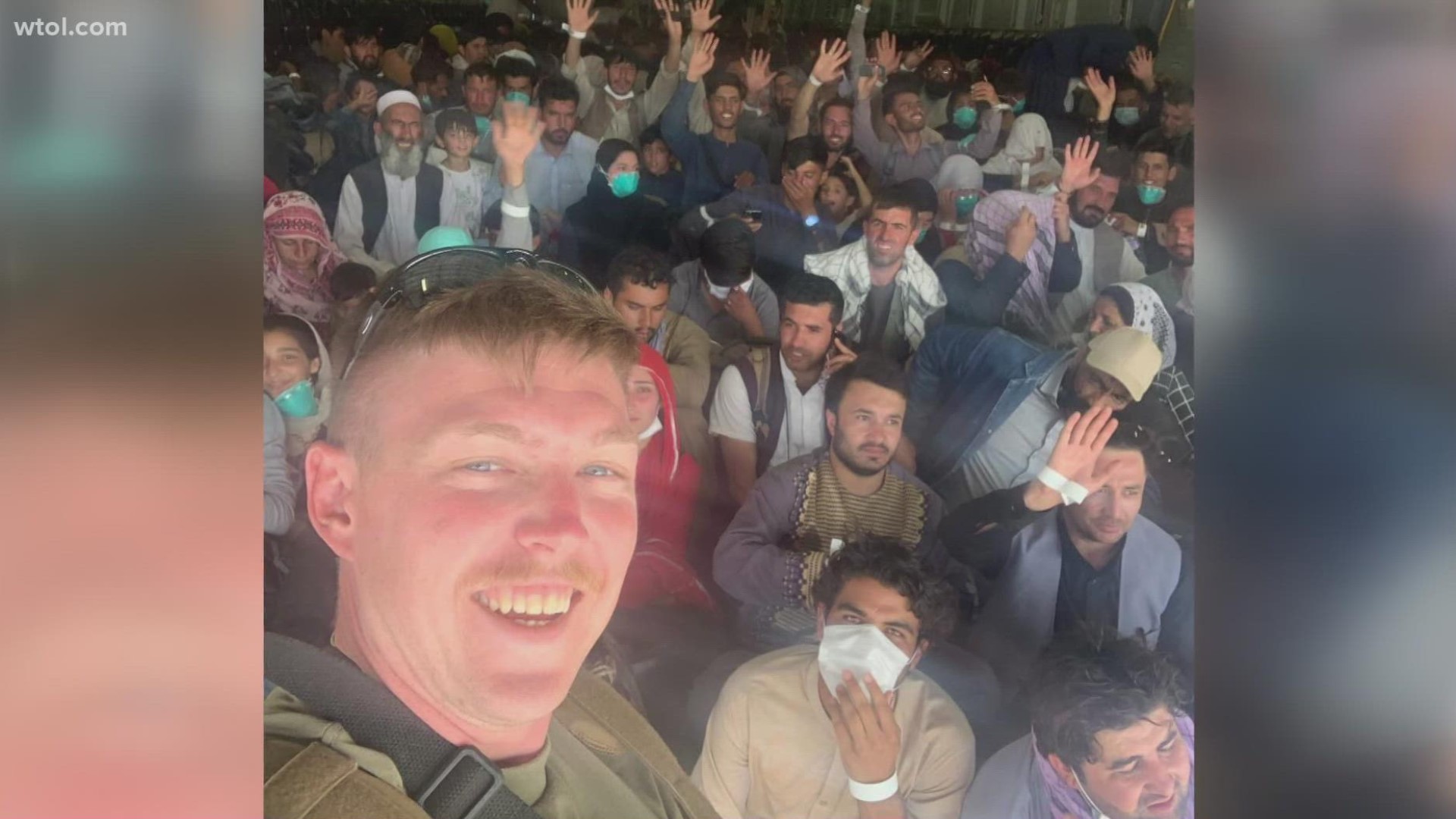 Master Sergeant Austin Carr's mother has confirmed that her son has safely gotten out of Kabul.

Carr is a teacher at Defiance High School and was assisting in the airlift of refugees in Afghanistan.

Just heard from Master Sergeant Austin Carr’s mom. He has safely gotten out of Kabul to Kuwait.

Carr is a teacher and coach at Defiance High School. He has been helping airlift refugees from Afghanistan for the past two weeks.@WTOL11Toledo pic.twitter.com/WTUubSfjrJ

We’ve seen the footage of what’s going on in Afghanistan.

Right now, one Defiance teacher is living it.

Rob and Jean Carr are so proud that their son Austin can be found right where he’s needed.

Master Sgt. Carr's family just got the first picture of him since he arrived in Kabul over a week ago with the Ohio Air National Guard. It shows service members airlifting Afghan refugees to safety.

“When he responded to us, he kept saying 'don't worry, I'm safe, I'm okay. I’m doing some really neat things and helping a lot of people,'” Rob said.

Those we spoke to said Carr is dedicated to supporting others.

Defiance High School baseball coach Tom Held says it’s evident both in and out of the classroom.

Can't thank this guy enough for his service. Coach Austin Carr has been a teacher and part of the baseball/wrestling...

“We say we’re praying for him and he says, ‘hey, as soon as I keep these people safe and get them out of here, I’ll worry about myself," Held said. "That’s Austin Carr."

While they feel pride, there is also fear and prayer because while they see him in pictures, Carr won’t be stepping back into his classroom - or his parents' kitchen - until at least October.

“You might not agree with what’s going on, not everybody does, but you know, they’re still our boys,” Rob said.

Carr is also known as a super uncle to his seven nieces and nephews.

Two more will be added to the bunch this December.