Kyle Herren checked into the hospital on April 18 and was not discharged until May 26. 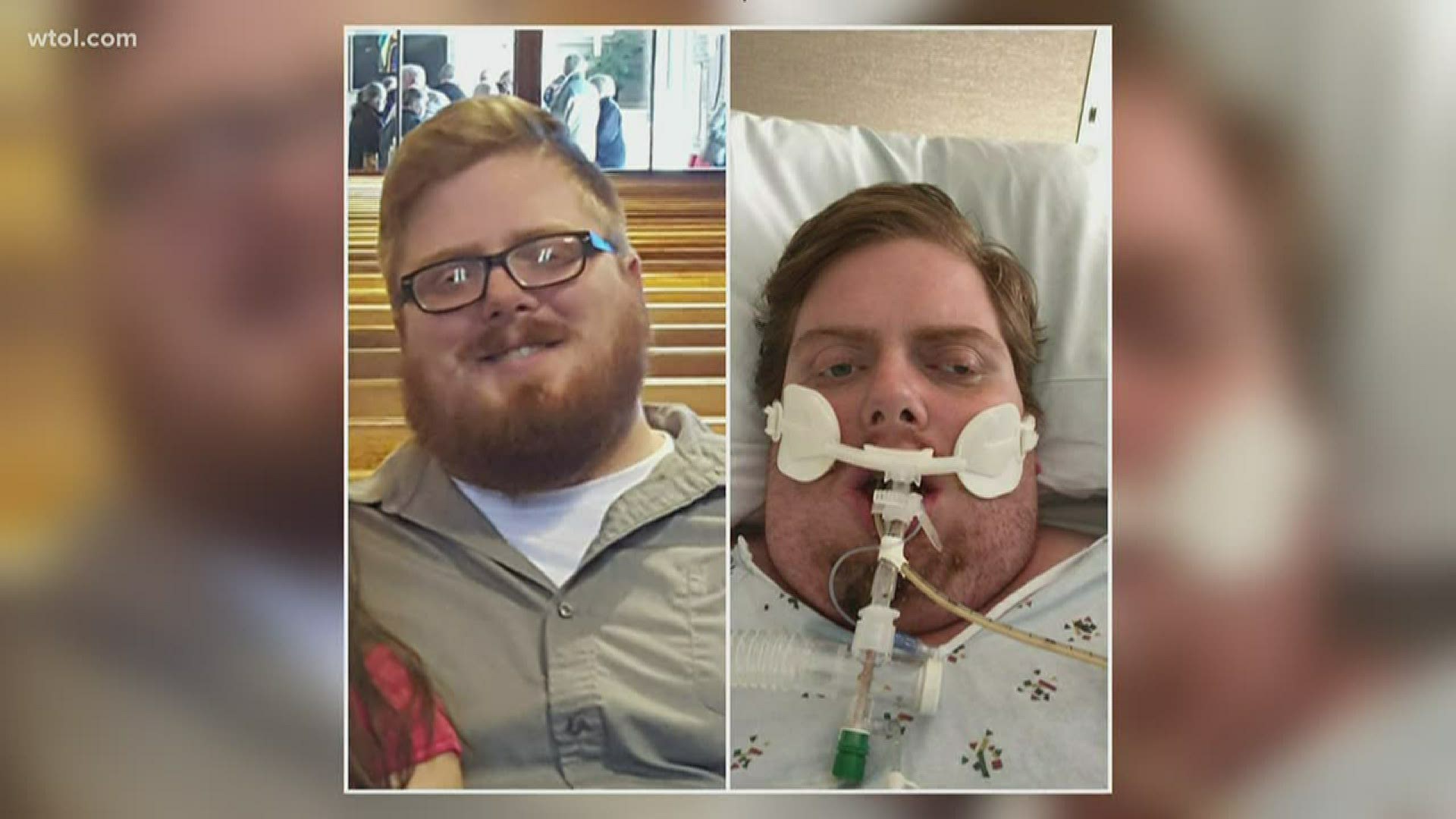 DEFIANCE, Ohio — The road to recovery for coronavirus patients is not the same. Many who have gotten the disease have been able to self-quarantine at home. But others have been stuck on ventilators and even on the brink of death.

Kyle Herren, a 26-year-old man from Defiance, Ohio, had never had the flu or pneumonia in his life. On Friday,  April 17, he checked into a hospital for a cough and he was released, but not for long.

"We went back Saturday and I'm like 'my chest is still hurting'," said Herren. "Something isn't right."

Herren thought the cough was just allergies. But after returning to the hospital on April 18, three days later he was intubated in a medically-induced coma for three weeks. The treatment included a feeding tube.

Herren says he doesn't remember much during that time.

His mom Amy said the uncertainty was tough on the family but the staff at Miami Valley Hospital in Dayton was amazing.

"The fourth week, when he was coming out of it," she said, "and the nurses were nice enough to use their phones to let us video chat with him. I mean that was a huge relief."

Kyle said he saw seven people leave the room next to him only to be replaced immediately by more facing down the virus.

"Not seeing my family was tough," said Herren. "Being in an isolated room and only seeing someone every two to three hours."

After finally seeing some improvement in late May, he suffered some setbacks. You need to test negative for the virus twice in a row to be discharged. It took him three tries before he was finally discharged on May 26.

Amy said she wants people to know anyone can be affected.

"You don't have to have any preexisting conditions to get it really bad," she noted. "Kyle is a young guy, healthy, never been in the hospital before, and he got it to an extreme."

Kyle is doing much better but still has some muscle aches. He said the pandemic is not over and wants everyone to continue to stay safe and protect others.

"Now, after having it, I want people to know it's real," Kyle said. "You can get it and it's not something to mess around with."