The award-winning restaurant purchased the truck 3 months ago to add to their fleet. The theme is a message of support for Toledo's first responders and "Stingers." 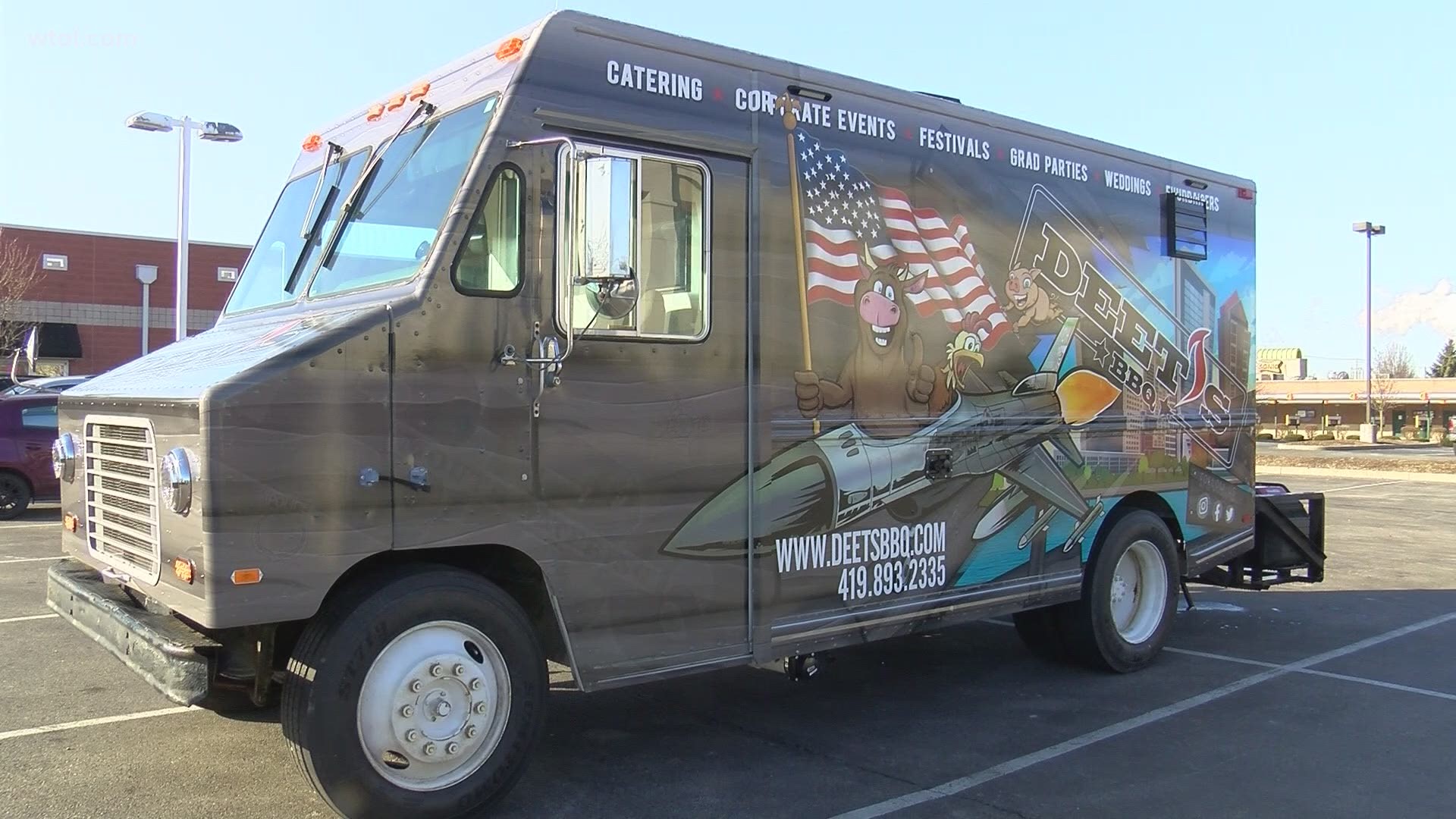 TOLEDO, Ohio — When Trevor Deeter and his father started Deet's BBQ in 2010, they operated out of food trucks.

The business has since grown into brick and mortar stores, and with help from Deeter's business partner Tim Haye, who joined the company in 2017, they now have several restaurants throughout the metro Toledo area.

The experience of running a food truck 11 years ago proved to be a valuable tool for the team once the pandemic hit.

"Being mobile was a huge advantage. Being able to go out and do neighborhoods, offices, hospitals, were obviously huge for us," says Deeter.

In March 2020, when businesses were shut down and the state was placed under stay-at-home orders, Deet's BBQ jumped in their truck and drove off to help others.

With help from donations, Deet's regularly parked outside of area hospitals and fed frontline workers during their long and challenging shifts of fighting the coronavirus.

Today, they give WTOL 11 a sneak peek at the newest member of their team, a brightly colored new food truck ready to feed Toledo, and in true Deet's fashion, the truck itself has a message of support for the city.

"The design is intended to be very locally driven," Deeter says, "it's the downtown Toledo skyline. We've got the 180th Stingers, F-16s."

Hidden in the design are a dozen "Easter eggs" to honor local first responders.

The truck will make its first appearance at the Acoustics for Autism fundraiser in Maumee this weekend.