"If we can't do it now, I don't know when we're going to do it," Charles Allen says, as the council responds to historic Black Lives Matter protests. 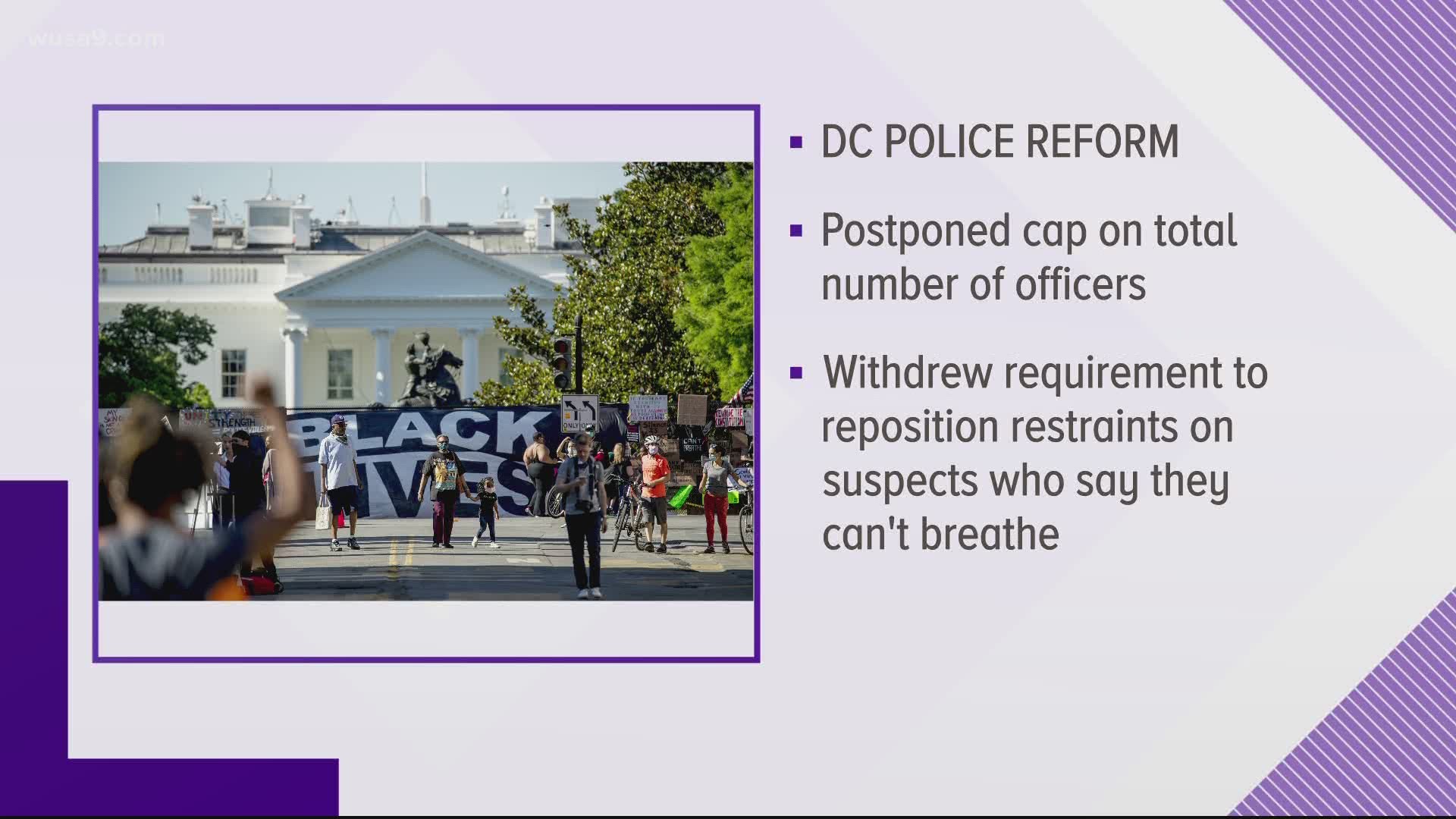 WASHINGTON — After 12 days of protests, legislative changes are being made in D.C.

The D.C. Council unanimously passed a massive package of police reforms on Tuesday -- over the objections of the police union -- and despite a last-minute effort by the mayor to slow it down over the longer run.

In the face of historic protests, the DC Council declared an emergency and moved swiftly to further reform the Metropolitan Police Department.

The bill bans DC police from tear gassing First Amendment protesters, although lawmakers admit that's not binding on federal police, and makes it a felony to use a neck restraint like the one used on George Floyd.

It requires the mayor to release within 72 hours the name and body camera video of any officer involved in a serious use of force, and gives incarcerated felons at the DC Jail the right to vote.

Finally, it removes the officer discipline process from the District's collective bargaining agreement with the police union.

The police union slammed the bill, writing on Twitter that, "It's beyond comprehension that an entire deliberative body of legislators would so hastily make such extreme changes without the proper input and review." There was no public testimony at the council meeting.

"What we saw today was a disservice to the citizens of the District of Columbia who have been plagued with violent crime for years," a statement from the DC police union said. "The Councilmembers are seizing on the public sentiment to impose these changes that will significantly handicap the department for years to come."

The bill, called the Comprehensive Policing and Justice Reform Amendment Act 2020, was authored by Judiciary Chair Charles Allen, who said, "If we can't do it now, I don't know when we're going to do it."

Mayor Muriel Bowser told city leaders in a letter before their meeting that she supports the legislation but wants to delay temporary legislation until public hearings are made.

"The budgets that we have sent over to the council in the last five years has recognized all parts of public safety, policing, but certainly intervention and opportunity programs," Bowser said on Monday.

But with all 12 councilmembers saying yes, the Council easily has the votes to override any possible mayoral veto.

Council members discussed measures and amendments to the declaration, including banning the Metropolitan Police Department's use of tear gas on protesters, banning the hiring of police officers with a history of misconduct, and making all matters pertaining to police discipline non-negotiable. 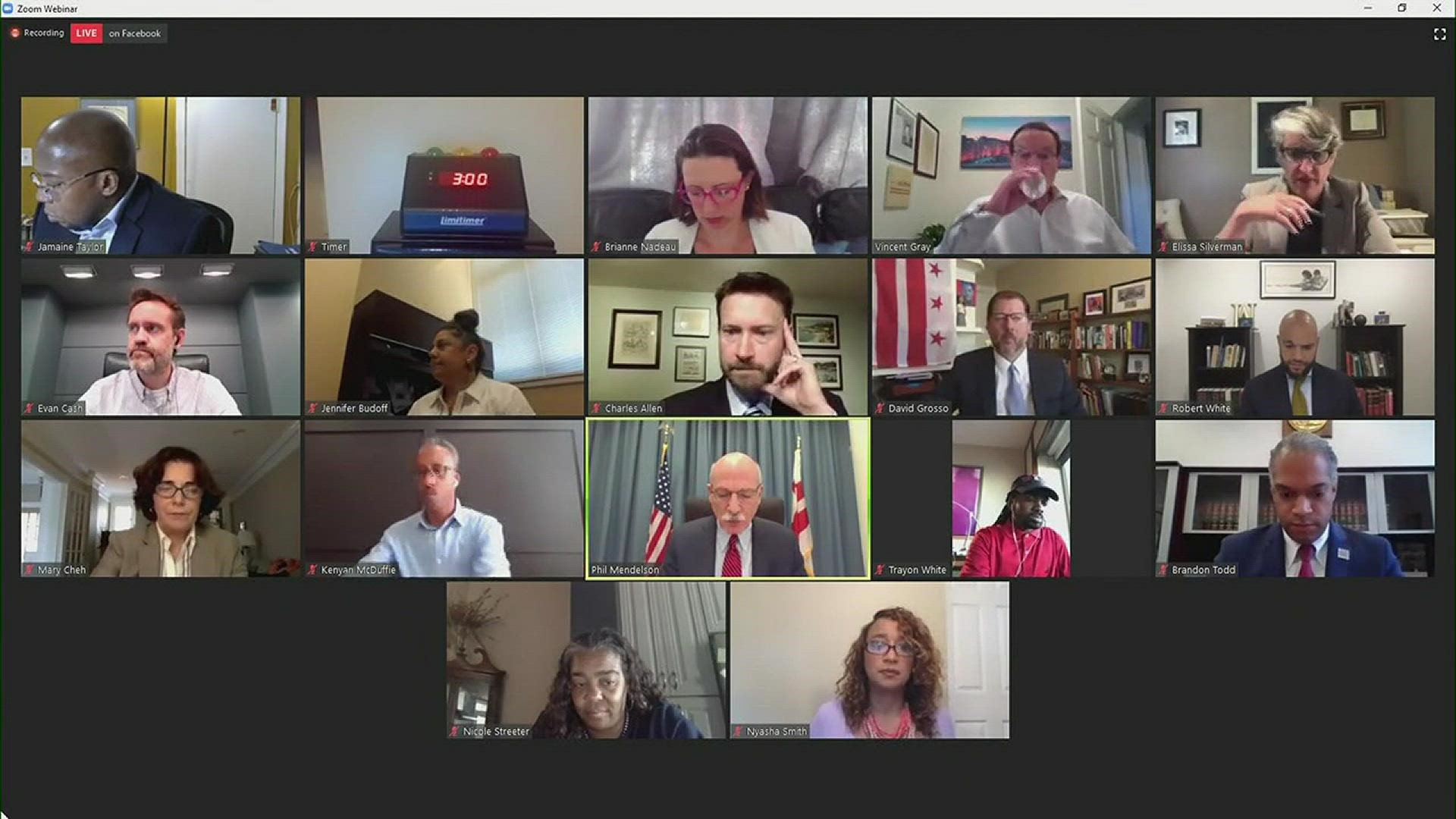 RELATED: No law enforcement agency admits to using tear gas Monday, but tear gas canisters were found at the scene

The council also noted that they will consider or revisit several other amendments before reaching temporary legislation in the coming weeks. One amendment that is up for reconsideration was the move to require MPD officers to remove restraints if an arrestee verbally says they can’t breathe during distress.

This comes after protests, and the Black Lives Matter group called for the city to defund the police department, dismantle prison and jails, and to end stop-and-frisk tactics after the killing of George Floyd in by a Minneapolis police officer.

"I think when we talk about defunding the police, we need to be specific about what that means," Mendelson said, adding "police also serve a very specific function in regards to crime."

RELATED: Here's what defunding police could mean in DC

The council looked at whether funds could be diverted and used to increase other alternatives, including looking at non-traditional police strategies to address crime in the city. The council also discussed ways to address police misconduct and how law enforcement can be better at protecting the citizens they serve.

Grosso's first three amendments focus on limiting the use of military-style equipment and tactics by the police. They also ban MPD from participating in training with military or intelligence agencies.

He said this hardened approach is impacting the way officers interact in the community.

"I have police officers drive by when I'm sitting on the front porch and don't even bother to wave," Grosso said. "There are communities that need to have officers that are known, that are friendly, that are engaging with us every day," Grosso continued.

But during the meeting on Tuesday, council members rejected Grosso's amendment to ban military training. Grosso also postponed his push for an amendment to cap the total number of DC officers at 3,500. Trayon White (D-Ward 8) also withdrew a measure that would have forced officers to reposition restraints and take a suspect to the hospital if he or she said they could not breathe. 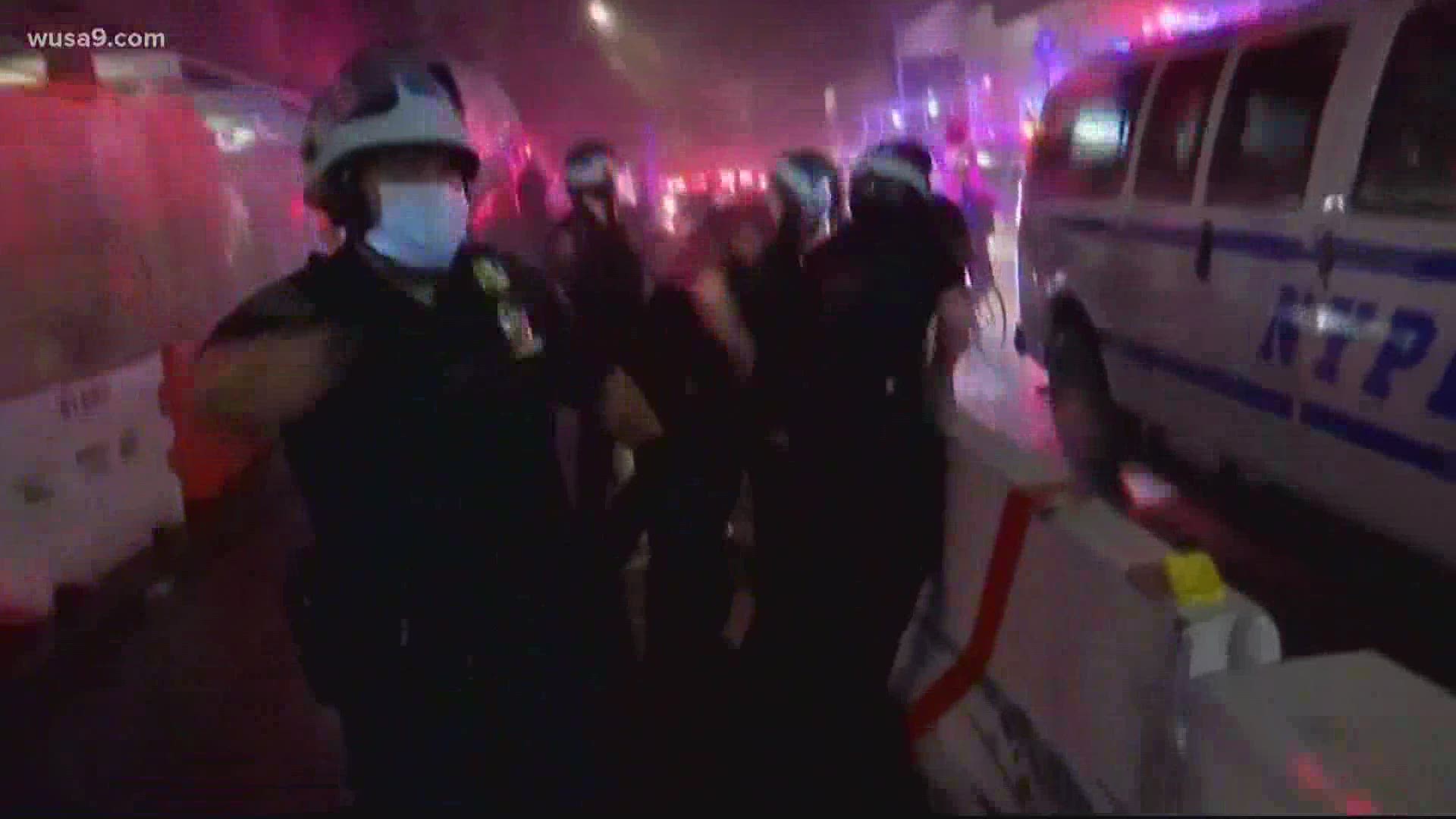 Allen tells WUSA9 he recognizes that one bill won't solve everything, but that it is just the beginning.

"We’re talking about system change and that takes long sustained effort and it extends beyond police. It’s about housing, education, workforce development, hope and opportunity and we all have a role to play in that," Allen said on Monday.

More than 10 years ago, the D.C. Metropolitan Police Department was labeled as having a pattern and practice of excessive force, D.C. Police Chief Newsham said. He said in 2002, the department went into a memorandum of agreements and took several years to be in compliance. Since recent years, they have been focused on fair and unbiased policing.

"The city has been on the path to reform policing since 2002," Newsham said.

Other groups who are known to be critical of policing in the District are just as critical of this bill. Stop Police Terror Project DC believes there is still a lot of work left to do and provided WUSA9 with the following statement:

"We do believe some parts of this bill are incremental progress; however we think much, much, more needs to be done both as part of the bill and in addition to it. It is not lost on us that DC residents have been demanding many of these things for years but it took protests across the world for our own elected officials to listen to the community they represent.

Our most immediate concern is ensuring that requirements around releasing the names of DC police officers who have killed people and all relevant footage is retroactive. We also want to see a commitment to banning stop-and-frisk, ending the practice of detaining and arresting youth, fully stopping MPD's continued collaboration with ICE, and removing police officers from schools -- and of course, permanent and significant cuts to the MPD budget. We consider these only first steps to ultimately divesting entirely from the MPD."