A crowd knelt for 8 minutes and 46 seconds, the same amount of time that former officer Derek Chauvin kept his knee on George Floyd's neck. 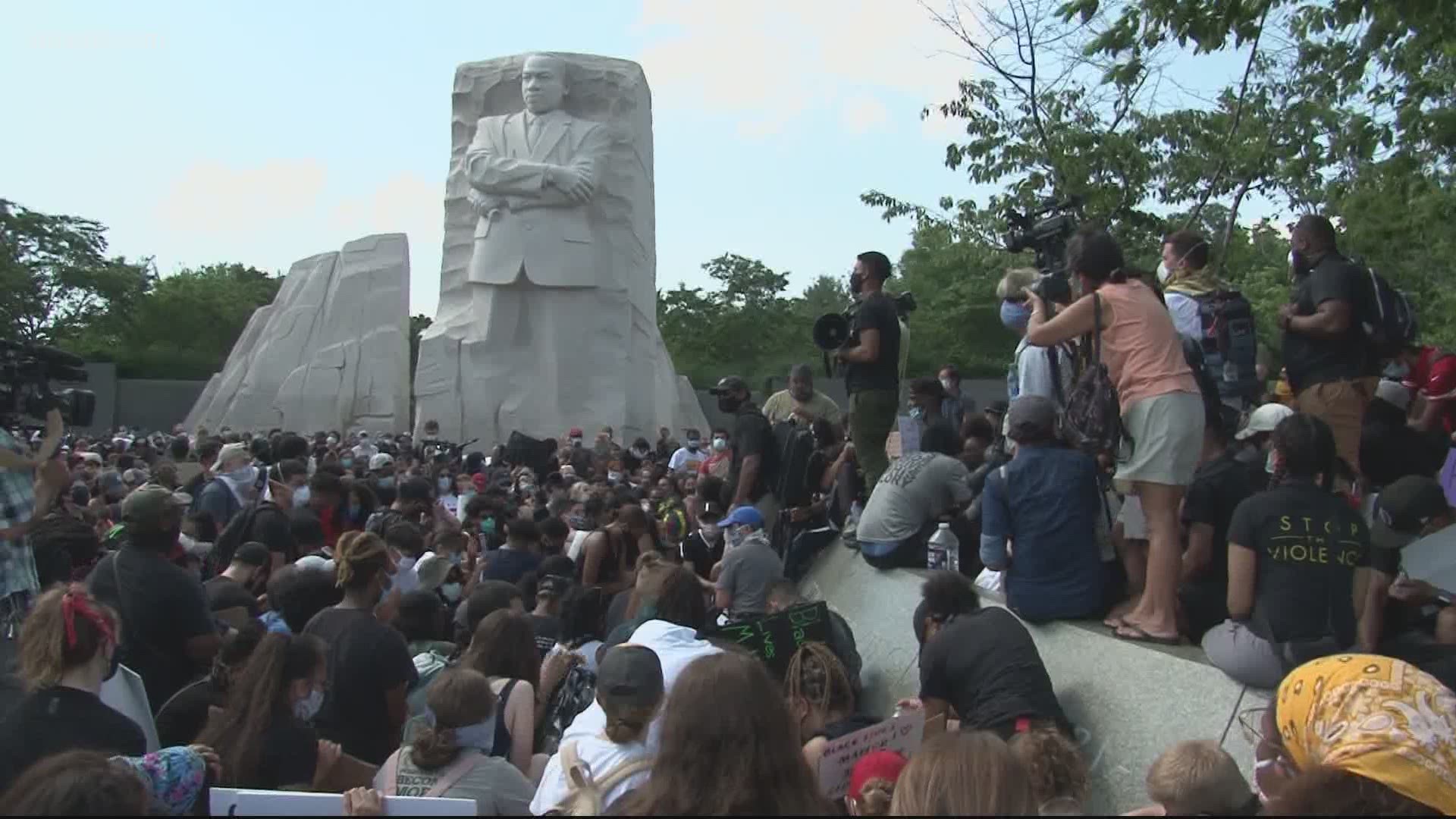 WASHINGTON — Several thousand protesters gathered at the Martin Luther King Jr. Memorial along the Tidal Basin Thursday to honor the lives lost at the hands of police.

Organized by teenagers who founded the group "Faces of the Future," many in this crowd were young people, looking to have their voices heard. They addressed the crowd, and then together, thousands participated in a "die-in," in which they all knelt down on the hot pavement for 8 minutes and 46 seconds, representing the amount of time that a police officer in Minneapolis had his knee on George Floyd's neck, ultimately killing him.

One of the organizers of the peaceful protest is 18-year-old, Zada Smallwood, who described her reasons for starting the protest.

RELATED: Live updates: Protests cleared out many due to severe weather in DC

"It's such a peaceful way of sitting on the ground and paying our respects and we're also going to be reading out all the names of all the other victims who have lost their lives," Zada said. "Just a peaceful way to give our respects to all the lives that have been lost."

Another organizer, 17-year-old Aly Conyers, said watching the news this week has been particularly tough.

"My heart has been heavy watching the news, specifically George Floyd's daughter," Conyers said. "She said 'Daddy changed the world.' So to see George Floyd and his story, and it's not just about him, it's about every person affected by police brutality."

Many of the members of the group "Faces of the Future" spoke before the crowd and shared their reasons for being a part of these protests.

"We are here on a hot day, in the middle of a pandemic because we want change," one young man said. "We don't want to grow up in a world where the black children of today grow up in a world when they see red and blue lights and instead of feeling peace, they feel concerned. We are fighting for the identity of what America can become, and that's an America when people won't be killed because of the color of their skin."

RELATED: 'Enough is enough' | Siblings take frustration to the streets, leading protest from Howard U to the White House