USCP spent 5 hours negotiating with Roseberry on Thursday after he pulled up on the sidewalk outside the Library of Congress claiming to have explosives. 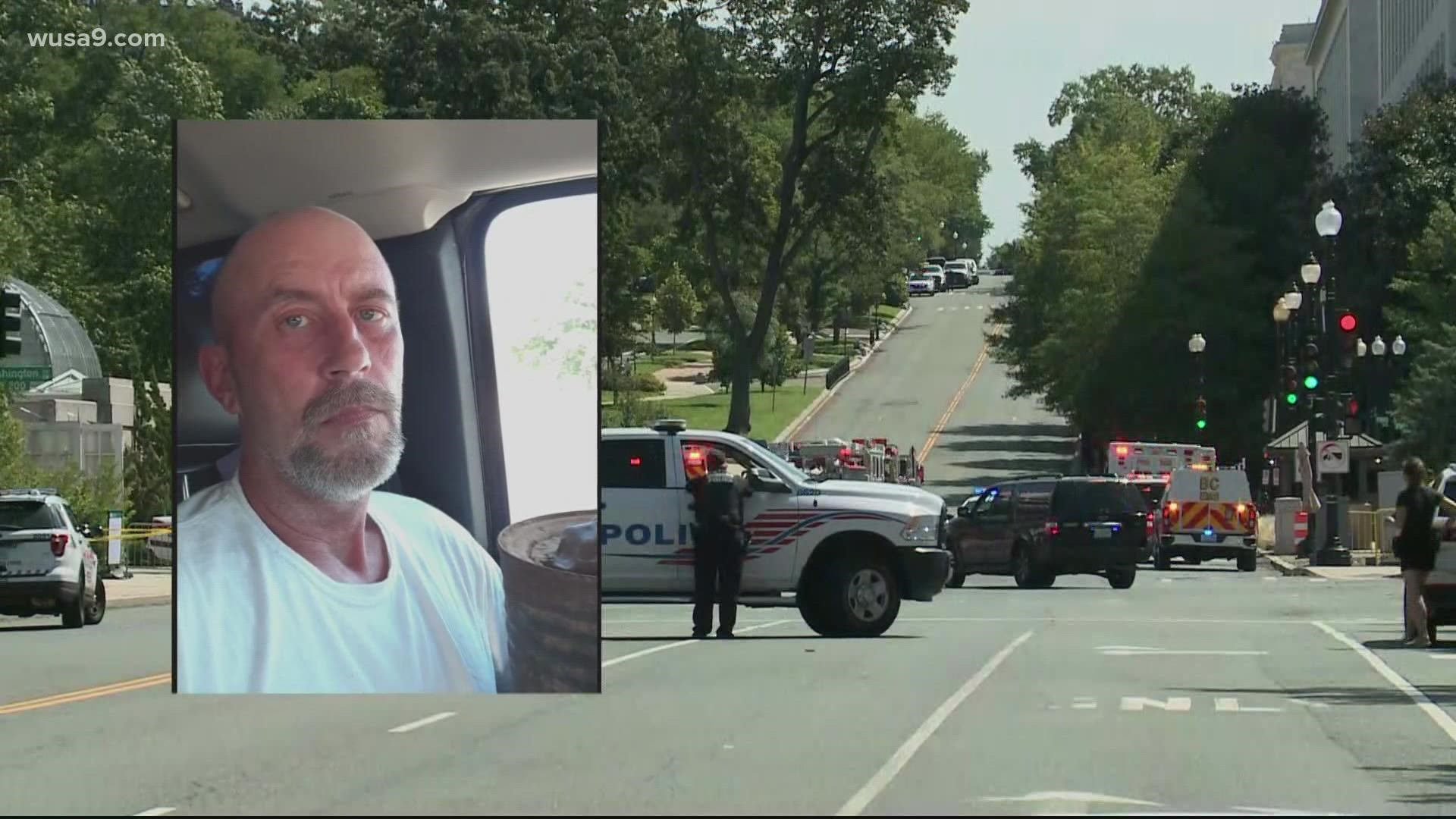 WASHINGTON — The North Carolina man accused of prompting the evacuation of much of the U.S. Capitol complex on Thursday could face a potential life sentence if found guilty of threatening to use a weapon of mass destruction, the Justice Department said in an initial hearing Friday.

Floyd Ray Roseberry, 49, of Grover, North Carolina was taken into police custody around 2:30 p.m. Thursday, according to USCP Chief J. Thomas Manger. Police say Roseberry drove a black pickup truck onto a sidewalk outside the Library of Congress just before 10 a.m. claiming to have explosives in his car. U.S. Capitol Police called the incident an active bomb threat investigation and evacuated several surrounding neighborhoods.

Manger said he and his team began an extensive negotiation process.

"We first started [negotiating] with a whiteboard - just writing messages back and forth," Manger said. "We used a robot to send down a telephone, but he would not use the telephone."

Shortly after trying to deliver the phone via robot, Manger says Roseberry surrendered, and tactical response officers took him into custody without incident.

Roseberry appeared before U.S. Magistrate Judge Zia M. Faruqui on Friday afternoon for an initial hearing. During the hearing, Roseberry expressed confusion about what day it was and said he had trouble with his memory without his "mind medicine." He was not able to tell the judge what that medication was, and said his wife was normally in charge of that.

Roseberry says he's been denied his medication "for the last week I've been here." Says he's not sure what day it is. Says he hasn't been able to get his "mind medicine." He doesn't know the name of it. His wife controls that, apparently. @wusa9 @EricFlackTV

The federal public defender who is temporarily representing Roseberry says he's aware of the medication and the "diagnosis." Judge also seems to be aware of it, says it's reasonable to believe he can't understand what's going on today w/o medication. @wusa9 @EricFlackTV

Faruqui cut the hearing short after determining it was likely Roseberry was unable to fully comprehend what was going on. He did, however, have the court clerk read the preliminary charges Roseberry was facing:

Faruqui also ordered Roseberry to receive a mental competency screen. He told Roseberry he would be back before him by Wednesday at the latest.

Capitol Police investigators said Thursday no bomb was found in the truck, but "possible bomb making materials" were discovered. In livestreams posted to Facebook during the standoff, Roseberry repeatedly showed bags and tubs of coins he had in his car – suggesting they would act as shrapnel if his vehicle were to explode – as well as a large metal canister he suggested had the explosive Tannerite attached to it.

Credit: Facebook
Floyd Ray Roseberry, 49, of Grover, North Carolina, appears in a live-streamed video from outside the Library of Congress on August 19, 2021.

Manger said he does not yet know Roseberry's motive, but noted that early investigation shows his mother may have recently passed away.

"His family indicated there are other issues he is dealing with," Manger said.

Chief Deputy Phillip Todd with the Cleveland County Sheriff's Office identified Roseberry as a resident of Cleveland County, North Carolina, and said they were working with federal agents in their investigation.

Officials told us that the FBI and Homeland Security were interviewing Roseberry's wife at their home.

TOP STORY: Man claiming to have explosive outside Library of Congress may be from Cleveland County

The LOC's building on Capitol Hill was closed and evacuated, along with the Cannon Office Building. Though the Senate and House are not in session, and most lawmakers are not in their offices, staffers in several surrounding buildings were asked to evacuate.