Emily Keel says the arrest can never bring back her father Brad, while Jessica Keel, his oldest daughter, says it brings her relief. 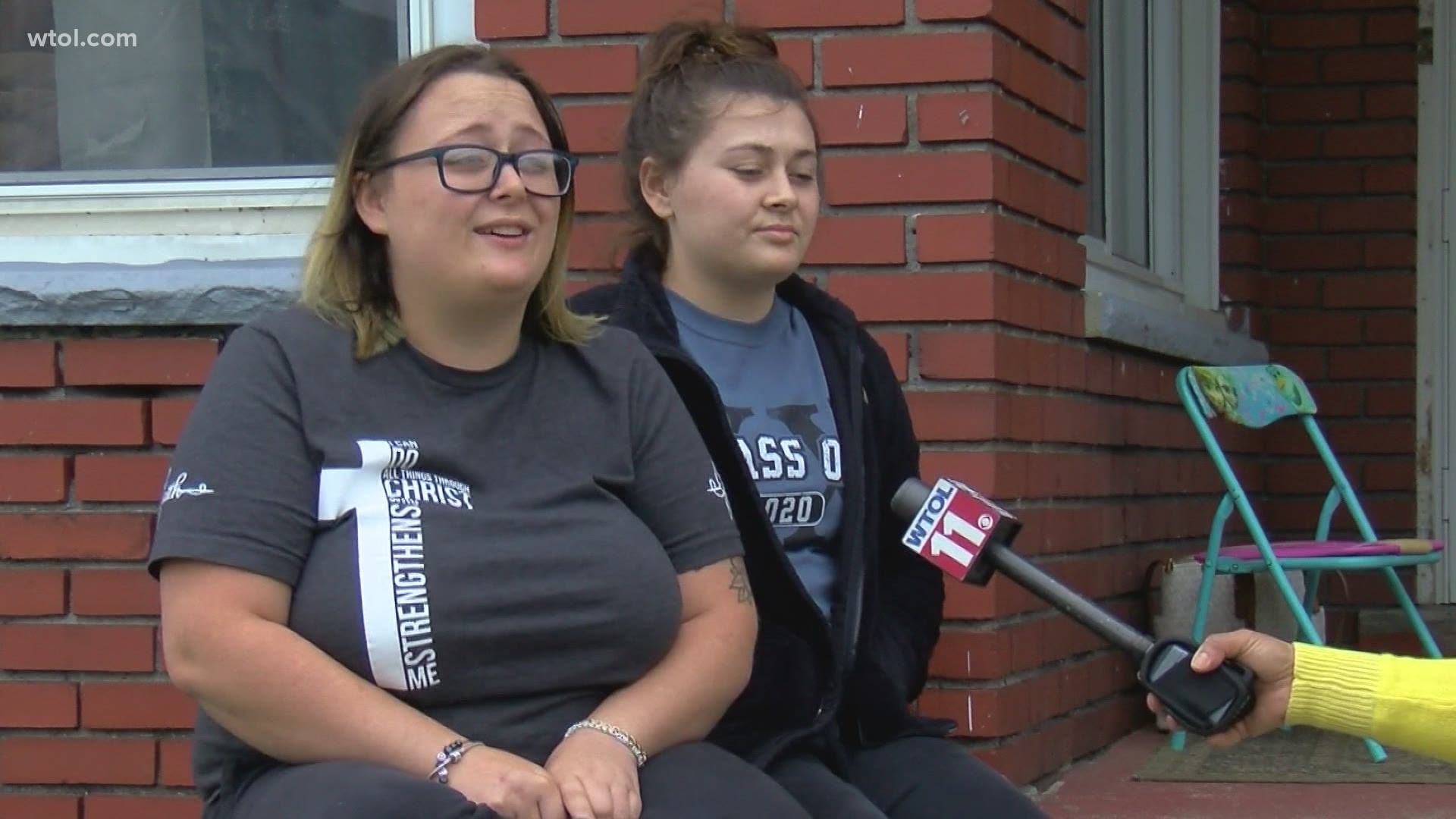 TOLEDO, Ohio — A third person was charged Tuesday for their involvement in the east Toledo shooting deaths of Brad Keel and David Misch.

Keel's daughters are now responding to the arrest with mixed feelings.

"It's been hard. Nothing has been easy since this happened. There's been so many complications, but we're doing the best we can," said Jessica Keel, who is Brad Keel's oldest daughter of nine.

Her father and 19-year-old David Misch died following a dispute that ended in gunfire on Nevada Street on March 1.

A little over two months later, police arrested a 17-year-old and have charged him in connection to the homicides.

Mathew Garcia, 23, and Brandon Lampros, 22, also are accused in the shooting deaths of Keel and Misch.

"They finally got him and it feels great that they got them. It's all I wanted. I want everybody to do the time that they deserve. It doesn't matter who it is," said Jessica.

But her sister, Emily Keel, says nothing will bring her father back.

"I feel like nothing changed because even though they are behind bars, my dad's still gone. So it doesn't, really doesn't, change the feeling at all," said Emily.

The teen is the third person arrested in the double homicide, and Jessica says she's the one who reported him to the police.

Now, both sisters are trying to live with the pain of losing their father, and the grandfather they wanted to be there for their kids.

"Honestly, I feel like everything has just went downhill since he's been gone. Five days after my dad passed away, I had a miscarriage and I lost my baby. And that was really hard on me. And ever since, I've just had the worst luck with everything possible," said Emily.

"It's been six years I've been trying, and two months before my dad died, he finally found out he's gonna be a grandpa. I can't believe I even made it this far. I mean, there's positive and some days are bad, but it's normal," added Jessica, who is currently 16 weeks pregnant.

Still, they're hoping everyone who knew Brad Keel will never forget their father.

Garcia and Lampros were indicted on murder charges stemming from the fatal shooting.

The 17-year-old is charged with murder and felonious assault.