An incident report shows two women in their 20s and a 43-year-old man were there when Columbus police officer Nicholas Reardon shot Ma'Khia Bryant. 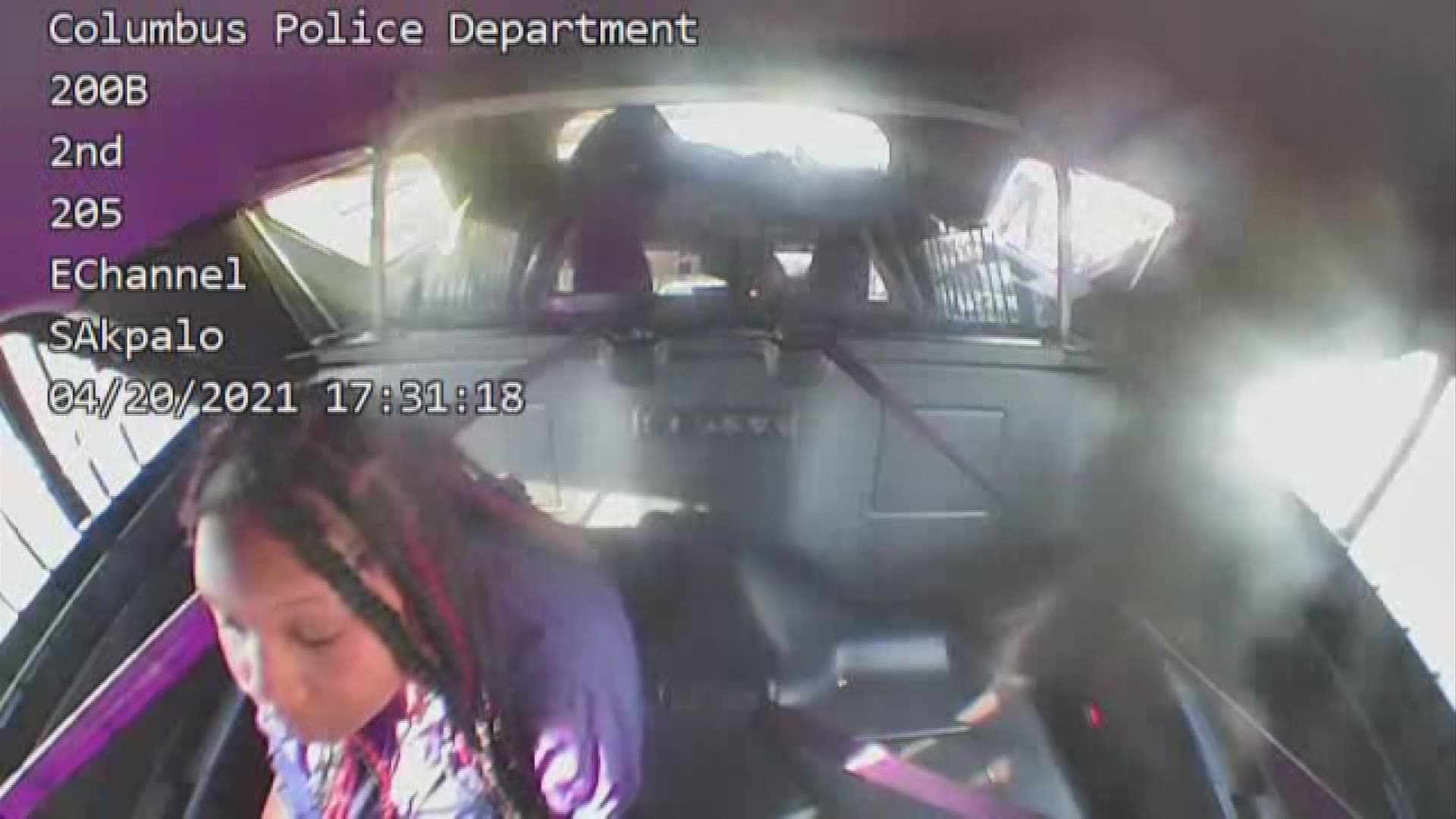 COLUMBUS, Ohio — Saying they want to be transparent in the investigation, the city of Columbus released more information and dashcam video on Thursday involving the fatal shooting of 16-year-old Ma'Khia Bryant.

An incident report shows two women in their 20s and a 43-year-old man were there when Columbus police officer Nicholas Reardon shot Bryant.

Bodycam video from Reardon appears to show Bryant attempting to stab a woman.

Mayor Andrew Ginther said we all have a collective responsibility as to why a 16-year-old girl would be engaged with others in acts of violence and attempt to attack others.

10TV’s Lacey Crisp asked Ginther, “Within 24 hours of the Andre' Hill shooting, you came out and said Adam Coy should be fired. You said you didn't feel that shooting was justified. Can you come out and say your opinion on this shooting?”

“I think that was a much more clear-cut case and obviously want the independent investigation to play out,” Ginther said.

The Ohio Bureau of Criminal Investigations is handling the investigation.

Last summer, Ginther signed an agreement with the BCI for the agency to investigate all officer-involved shootings.