DASHCAM: OSHP reminding drivers to move over after trooper's patrol car hit by semi on interstate

The trooper was finishing up a traffic stop when a semi that had been called in for reckless driving hit their cruiser. The trooper was not injured in the incident. 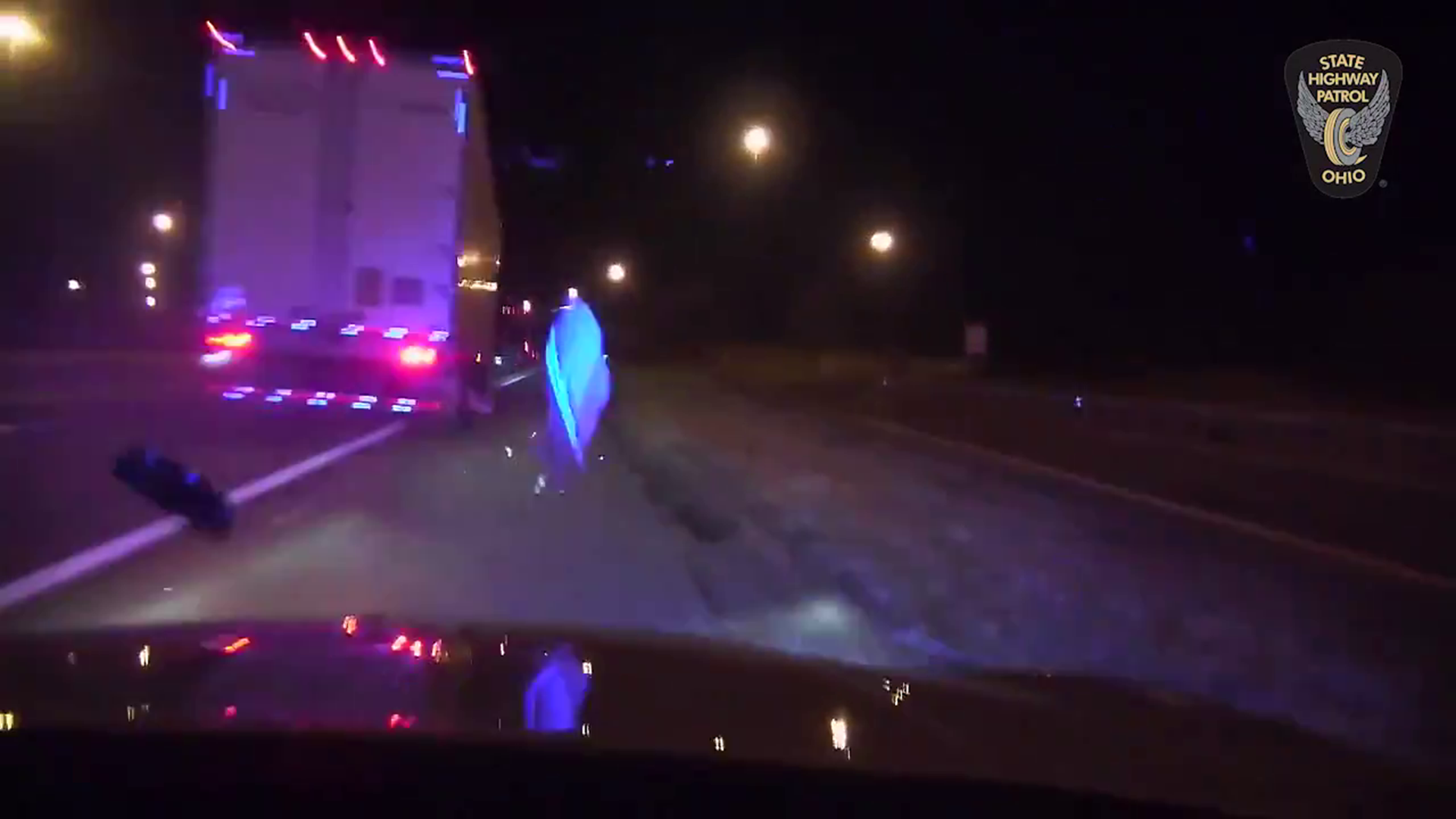 WAUSEON, Ohio — An important reminder from the Ohio State Highway Patrol to all drivers: move over or slow down for roadside workers and troopers.

In mid-January, an OSHP trooper from the Swanton Post was finishing up a traffic stop on I-80 near the Wauseon exit. The trooper returned to their vehicle and moments later, a semi struck the driver's side of the patrol cruiser.

The semi had been called in just minutes before for reckless driving, according to OSHP.

The trooper was not injured in the incident.